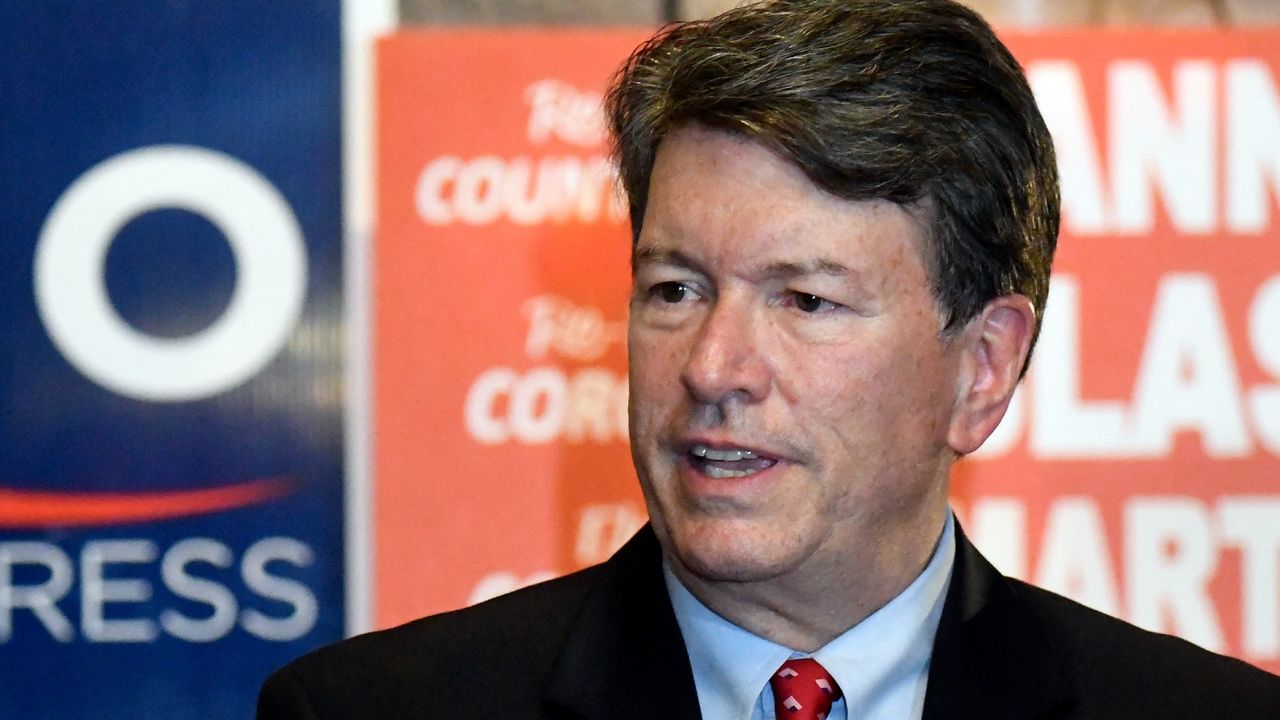 Why New York Republicans are worried about the redistricting amendment

This November, voters will consider changes to New York's redistricting process that would cap the number of members in the state Senate at 63 members, make it so people in prison are not counted as residents of the facility they are incarcerated in and eliminate the use of "alien" in redistricting language.

But one provision could give more power to state lawmakers when it comes to the finalized maps for how a commission will draw boundaries for the House of Representatives and state legislative districts in New York. And that power could ultimately rest with Democratic supermajorities in the Legislature.

Given the stakes — the House of Representatives teetering on a knife's edge and the potential for Republicans in New York to be shut out of power for a generation — some in the GOP are concerned with the impact of the amendments. Spectrum News 1 spoke with former Republican Rep. John Faso about the proposed changes and why he's opposed.

Q: What is your main concern right now with how redistricting could be set up if these constitutional amendments that voters are going to be considering pass in November?

A: Well, the main concern is that voters are completely unaware that these ballot amendments, these constitutional amendments are on the ballot, particularly the redistricting amendment. And the irony is that there was a bipartisan consensus back in 2014. When this amendment was considered twice by two successive legislatures and then by the people, and everyone supported it across the political spectrum. And now we have a bipartisan process, it's set in our constitution for the first time it sets standards on how redistricting should take place. And now the Democratic majorities in the Legislature are not content to allow that process to go forward. They're already trying to change it before we have the first run through under this amendment.

Q:  And your concern is that if these amendments passed, this could tilt the balance in favor of the Democratic majorities in the Legislature?

A: Absolutely, that's what the intention is and they take a carefully constructed bipartisan measure that was adopted by the people, and they would tilt it so that basically it would remove the ability of the minority party, in this case the Republicans, to really have a true input into the redistricting process. That's not what the people voted for back in 2014, and what's making it even more outrageous, is that they've dressed up these provisions regarding redistricting around a whole host of other kind of innocuous provisions and changes in the redistricting section of the constitution. It's a very cynical maneuver to try to truly disguise what is, is their intent which is to consolidate their power.

Q: Your big concern is that override power that's proposed in this amendment?

A: The big concern is that they reduce the Republican role at the minority party role in the redistricting commission. But they also create a situation whereby it becomes easier for the Legislature to simply override the process that the people set up back in 2014, and they do it in a very deceptive, deceitful type of way. And they obscure the true meaning of this amendment behind another raft of provisions — like setting the number of senators at 63. Not a big deal. We're going to remove the term 'alien' in the redistricting amendment as it exists now, the redistricting provisions in the Constitution, as it exists now. Again, not a big deal. The true purpose of this entire thing is to eviscerate any ability of the minority party, in this case Republicans, to have a role in the redistricting process.

Q: One of the changes I believe also is not counting people who are incarcerated as part of a district that where they are currently residing in prison. Would that have any sort of effect at all on some of these especially in some of these upstate districts?

A: I don't think it has that much of an effect when you consider, I think, our prison state correctional population is greatly reduced from where it was years ago. So I don't think that has any meaningful effect. Truly, it's very minuscule, the entire purpose of this amendment is to advance a democratic power in the state Democratic Party power in the state, and they disguise it around these other provisions.

Q: Some Democrats might challenge this and say, well for years, Republicans when they were in control of the state Senate, they were able to draw their own boundaries to their satisfaction and were able to kind of game the system as it were back then and they were able to do this, also with some of the congressional districts as well. What's your response to that?

Q: What's this going to do to power in New York state government and also potentially in the House of Representatives where the majority right now, as you know, is very narrow. Could this ultimately concentrate a lot of power in a Democratic majority of the state legislature here in Albany?

A: Well it definitely could. And that's what their aim is their aim is now recognize they have super majorities in both houses now. Not content with that status. They want to basically rigged the political game for their own benefit, and that's wrong in the people of the state when they're, when they see this proposition one on the ballot this year.

I hope they vote against it because it's a cynical deceptive exercise by political insiders to game and rigged the system for their benefit.

Q: These supermajorities didn't come out of nowhere and they certainly didn't come before this current round of redistricting. What the Democrats might say to this is, you know, Republicans should have gone out and won some elections ahead of the redistricting process.

A: In New York, voters have chosen these democratic supermajorities if they were to say that, then they should be opposed to this amendment, because this amendment is attempting to rig a political game to their benefit, and not to the people's benefit, but to help enshrine those who are already holding power to keep power, and that's wrong.