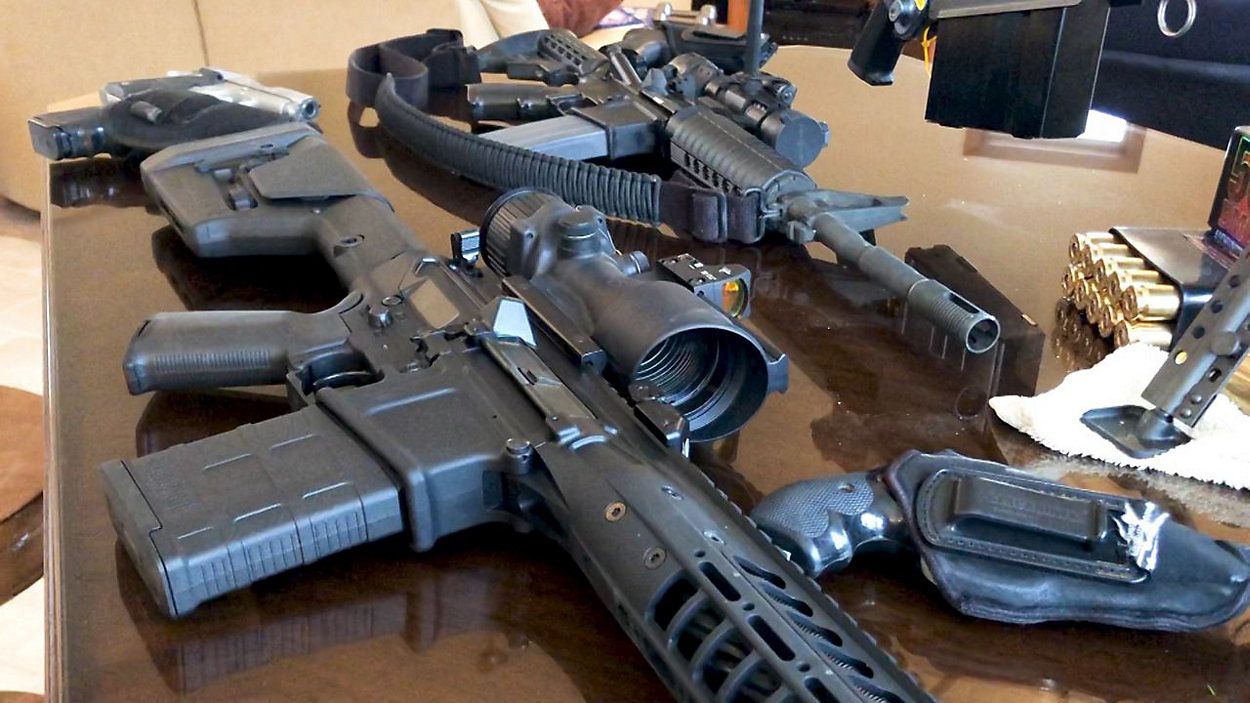 Senate Minority Leader Rob Ortt and his counterpart in the Assembly, Minority Leader Will Barclay, have both spoken out against Gov. Andrew Cuomo’s decision to declare a state of emergency around gun violence. But Ortt told Capital Tonight that criticism of the governor’s actions in no way means that his conference doesn’t take gun violence seriously.

"Our criticism of the declaration of emergency…is not a denial of a very real threat of increased violent crime. That is a real thing that we take very seriously," Ortt told Capital Tonight. "I just don’t know that the governor declaring a public health crisis is going to do anything to stem the tide."

Like many Republicans who are suiting up for political battle in 2022, Ortt is attempting to link the increase in violent crime in New York to the state’s new bail reform law.

Earlier this month, Ortt requested that the State Office of Court Administration (OCA) start collecting and analyzing data stemming from the new bail law to see if there is a connection to increased gun violence in the state.

Ortt told Capital Tonight that OCA has yet to respond to his request.

"I think we need to have the data," Ortt said. "We had a significant change in our criminal justice law in 2019. And we have seen, around that same time, in the State of New York, an increase in violent crime across all sectors of our state, across all different demographics and cities. Is there a correlation?"

It is not exclusively Republicans calling for a reexamination of the state’s bail law. Democratic New York City mayoral nominee Eric Adams, a former police officer, is urging the legislature to revisit bail reform too, as are several county prosecutors of both parties.

"Let’s sit down with law enforcement experts, those who have advocated for reform," said Adams at an event recently, citing the National Organization of Black Law Enforcement and The Guardians Association of The New York State Courts.

At this point, most advocates and critics of bail reform agree there is not enough data yet to be certain whether bail reform has led to an increase in crime.

But Dr. Robert Spitzer, a distinguished service professor in the Department of Political Science at SUNY Cortland, told Capital Tonight it’s not likely.

"I don’t think we have enough evidence to know for sure what role if any it has played," he said. "There seems to be reason to believe that it probably is not a main factor, in part because crime and gun crime has been going up in virtually all of the states around the country that have not changed their bail laws. So how can you say that’s been the primary cause here in New York state?"

When presented with that argument, Ortt told Capital Tonight he is only interested in New York state.

But Professor John Eterno, a former NYPD Captain and current associate dean and director of graduate studies in criminal justice at Molloy College, who has researched how police, specifically the NYPD, have manipulated data to their own ends, told Capital Tonight he does think there may be a link between bail reform and the rise in violence.

"I think there is some connection," Eterno said. "There’s not much that we can point to in the way of peer reviewed articles. But I think there is a connection. I think the Bail Reform Act in and of itself has led to at least some anecdotal evidence that certain individuals who were violent, were allowed to go back out there."

More disturbing is a Vera Institute study that found in January of 2020 that "Black people in New York City were 6.3 times more likely to be incarcerated than non-Hispanic white people; a considerable increase from 5.4 times in January, 2019."

"The study is pretty clear that the number of people going to jail is far fewer and the disparities are getting larger between whites and minorities that are now going to jail," Eterno explained. "So, the actual reason for the law seems to have kind of backfired."

Eterno is calling for state officials to bring stakeholders together to review and reform the state’s bail law, a second time.

"I think there’s a real need to bring all the actors together,” Eterno said. “This should be something that’s done by one group or another. Police and police chiefs need to be brought in, and others."