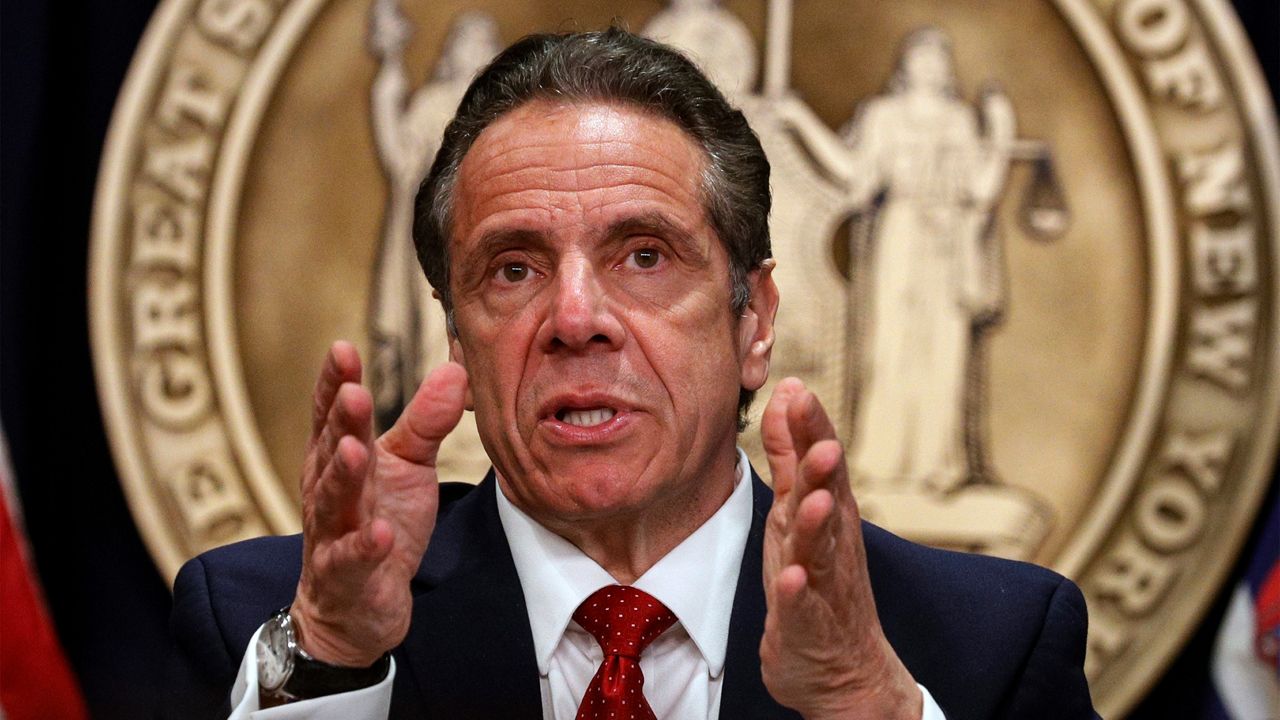 Gov. Andrew Cuomo's deal to write a book last year about the COVID-19 pandemic was worth $5.1 million, the governor's office revealed on Monday.

His net income from the book last year amounted to $1.5 million after taxes and expenses. Cuomo, in turn, donated 33% of those proceeds, or $500,000 to the United Way for COVID-related relief and vaccination efforts. At the same time, Cuomo is putting $1 million into a trust fund to benefit his three daughters.

The governor's office also disclosed he will earn an additional $2 million over the following two years for the book.

The disclosures amount to the first public information about the financial terms surrounding the book, American Crisis: Leadership Lessons from the COVID-19 Pandemic.

“The Governor today released his taxes and filed his financial disclosure form with JCOPE. The notable change from year to year is income from 'American Crisis.' The contract calls for payment of $3,120,000 in the last taxable year and an additional $2 million over the following 2 years," said Rich Azzopardi, a senior advisor to the governor and his communications director. "‎Net income from the $3,120,000 million payment less expenses and taxes is $1,537,508. From that net income, the Governor donated a third to the United Way of New York State for state-wide COVID relief and vaccination effort, and is giving the remainder in a trust for his three daughters equally who worked with the Governor during this pandemic and did what he calls ‘tireless and effective work for all New Yorkers’ and gave him ‘the strength and love to make it through the crisis every day.’"

Overall, Cuomo in 2020 earned $3.5 million on top of his $225,000 salary as governor of New York. Cuomo annually discloses his taxes on a voluntary basis.

The book has been one of several controversies swirling around Cuomo over the last several months as he faces an impeachment investigation in the Democratic-led state Assembly, which is also probing sexual harassment allegations leveled against him.

Earlier this month, Comptroller Tom DiNapoli requested Attorney General Letitia James investigated whether government aides helped Cuomo write the book. The Joint Commission on Public Ethics, a regulatory watchdog, had told Cuomo such work by his aides would be prohibited.

Cuomo has defended the use of his top advisors to help him write the book, saying they "volunteered" to fact check it.

SUNY Chancellor Jim Malatras told Capital Tonight in an interview in April the work on the book was done on the weekends. At the time, Malatras was the president of SUNY Empire.

The book provides an insider's account of the governor's handling of the pandemic last year after the three-term governor shot to national prominence for holding televised briefings on the public health crisis.

But questions were raised about how much Cuomo received from the book as he promoted it on national TV interviews from the Executive Mansion in Albany, and the governor had insisted he would make the amount public when he released his tax returns.

"It's a staggering sum for the highest paid governor in the country to be getting a $5 million book deal," said Blair Horner of the New York Public Interest Research Group. "The governor's a full-time employee and any member of the executive branch who wants to make outside money has to get approval from somebody."

Republicans, meanwhile, blasted Cuomo over the size of the contract.

"In the meantime, every dollar of this book’s proceeds should be donated to a charity that benefits front-line workers and the families of those who lost loved ones during the pandemic," said Senate Minority Leader Robert Ortt.

Crown Publishing in March announced it would halt promotion of the book amid the harassment allegations.

A previous book by the governor, "All Things Possible" released in 2014, has earned him more than $700,000 in payments from publisher HarperCollins.