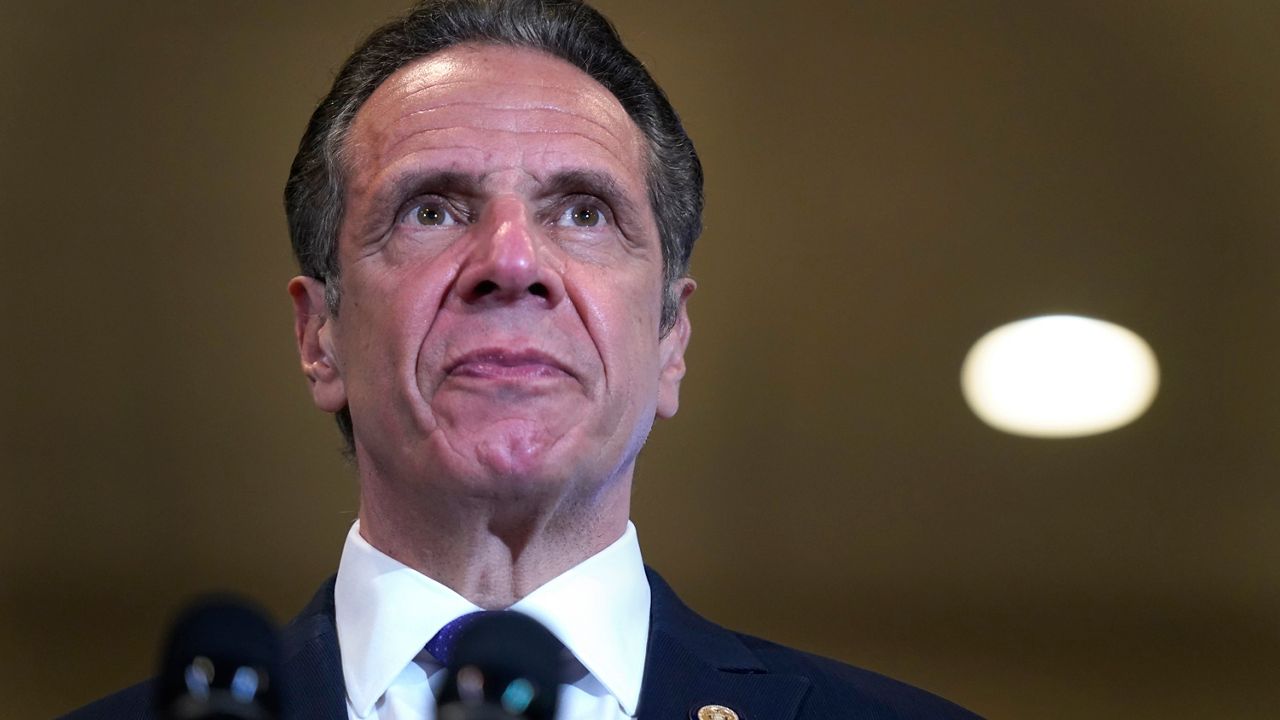 Gov. Andrew Cuomo, facing multiple allegations of sexual harassment, inappropriate behavior and an allegation of sexual assault, said Thursday he is yet to have his side of the story told.

Cuomo has said repeatedly he has done nothing wrong, though apologized if any jokes made in the workplace were inappropriate. On Thursday, Cuomo said it was unfair the women who have accused him of misconduct have had their allegations made in the media.

The allegations have led to an investigation by Attorney General Letitia James' office. Cuomo on Thursday said he is yet to be interviewed by investigators, providing an indication of where things stand with the probe. No timetable has been given for its release.

Cuomo is also facing an impeachment investigation by the Democratic-controlled state Assembly, which has retained an outside law firm to help with the effort. The investigation has drawn in a range of Cuomo-related controversies including the reporting of nursing home fatalities, the construction of the Mario Cuomo Bridge, as well as the harassment allegations.

The governor has previously decried a "cancel culture" amid the calls for him to step aside, but later said he would no longer comment about the allegations, citing the investigations he is facing.

Cuomo has insisted he wants to respect the investigations now underway as prominent Democrats at the local, state and federal levels in New York have called for him to resign.

"I'm trying to be respectful to the Assembly process and the AG process," Cuomo said. "Theoretically the way it's suppose to work is the AG, the Assembly say we're doing a review. They then do a review and the review is done privately. Here what has happened is the complaintants have gone to the press and make their complaint in the press. I have not been able to respond. That's not fair, and it's not right. So, I'm trying to be respectful."

Multiple women have accused Cuomo of sexual harassment. The allegations include:

An unnamed woman has also alleged Cuomo groped her at the Executive Mansion at the end of last year, the most serious allegation leveled against the governor to date.

Cuomo is facing calls for his resignation from top Democrats in the state Senate and Assembly, as well as from the state's two U.S. senators and virtually all of the congressional delegation.

But a majority of New York voters are yet to support calls for him to step down, and his support among a base of Black voters and Democrats has remained solid since the allegations first surfaced.