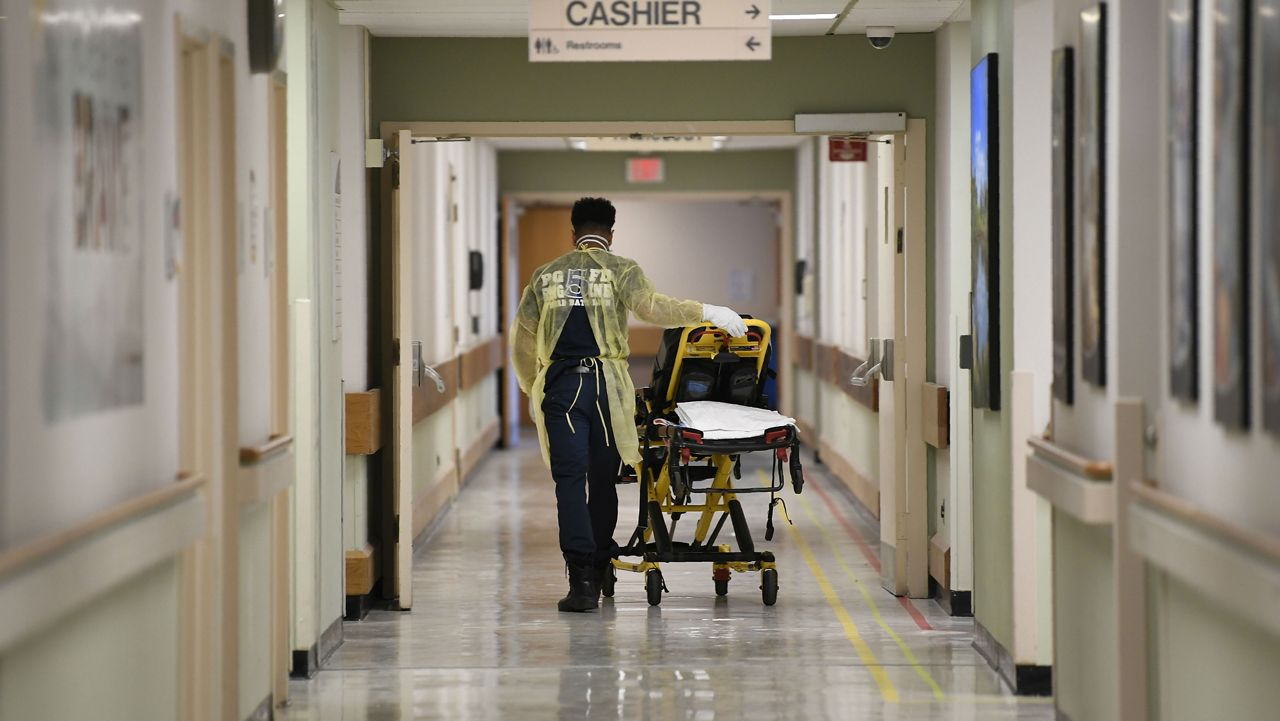 New York hospital nurses wearing trash bags and staffs being forced to use the same N95 mask for days were all stories that trickled out during the worst of the COVID-19 pandemic, highlighting the desperate need for more personal protective equipment in hospitals.

But on Wednesday, the State Health Commissioner Dr. Howard Zucker tried to refute these claims, saying that "Just because something is reported, doesn't mean that those are the facts of what is actually happening."

Dr. Zucker testified during a state hearing on how COVID-19 impacted state hospitals, and that hospitals were well supplied with proper PPE.

“We provided 24,000,000 pieces of PPE and there was available PPE to all those that needed it,” Dr. Zucker said. “In those conversations those physicians and those nurses said we have the PPE that is needed. If there was a problem they should come back to us and we would make sure that it’s available”

Yet there have been dozens of nurses and hospital staff that have come forward over the last few months, saying they were desperately begging for more PPE.

Sean Petty with the State nurses union told Spectrum News that in mid-May, nurses were still struggling to obtain the proper PPE in the hospitals where they work.

"Unfortunately because of the lack of PPE, because the lack of testing and isolation, health care workers and other essential workers, we are a key vector of spreading this disease,” Petty warned.

And back in April, the State Nurses Association sued the State Health Department, Westchester Medical Center, and Montefiore Medical Center for failing to provide them with the proper PPE.

Lawmakers also grilled Dr. Zucker on if hospitals are preparing for a second wave when it comes to PPE, so the state is not caught off guard.

Dr. Zucker says that hospitals are currently stockpiling 90 days worth of PPE and they must have that ready by September 30.

Gov. Andrew Cuomo announced this stockpile requirement on May 3, but a state regulation was not issued on this until July 21.

Lawmakers also tried to quiz the health commissioner on how many nursing home residents were discharged to hospitals, attempting to get answers to questions from last week’s nursing home hearing.

“Commissioner, you keep saying I have to look at this and I’ll get back to you,” Assemblyman Tom Abinanti said during the hearing. “A week and a half ago we asked you for information similar...the source of admissions to hospitals, where did they come from and what were the outcomes? You have the source of admissions. It is simple numbers all you have to do is release them. When and where will we get those numbers?

Dr. Zucker again said he would get back to the Legislature with these numbers.

Throughout the hearing, the commissioner stressed that although the state Legislature is examining what went wrong in the pandemic right now, his team was still working to address the current crisis that is still ongoing.

"We are in the middle of this,” Dr. Zucker explained. “We are still managing it. I can tell you my team is sitting in the offices until 2:30 in the morning."

"But the Governor is taking a victory lap,” Assemblyman Ron Kim retorted.

Assemblyman Abinanti was not the only one that tried to question the commissioner on how hospital policies played a role in discharging patients back to nursing homes.

Senator O’Mara questioned why patients in upstate hospitals, which were not hit quite as hard, were still discharged back to nursing homes.

"We did not know how this was going to spread," Dr. Zucker explained, saying they were trying to be prepared.

But both were interrupted by their Democratic counterparts.

“We're really trying to focus in this hearing on hospitals and not nursing homes,” Assembly Health Chair Richard Gottfried replied.

"We have already discussed the issues of the nursing homes,” Dr. Zucker said. “I’m really here to talk about the hospitals."

Senator James Skoufis also brought up how the State Health Department was supposed to have released a report on December 31, 2019, that would have assessed hospital staffing levels.

He noted that this could have played a vital role in the pandemic. The report is now over seven months late.

Dr. Zucker says that report will be released on Friday August 14.