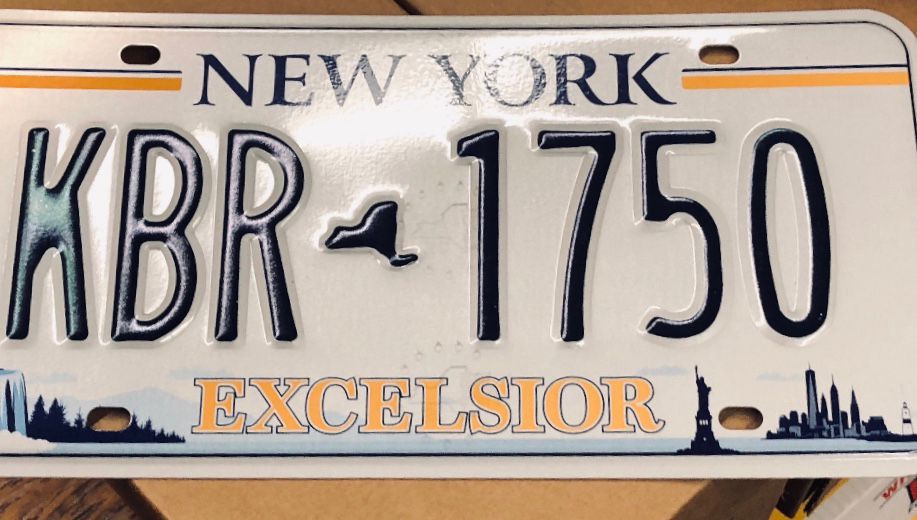 New 'Excelsior' License Plates Sent Back Due To Manufacturing Problem

New "Excelsior" license plates are being sent back to the state Department of Motor Vehicles after a problem with their design manufacturing was discovered. ​

On Tuesday morning at the Rensselaer County DMV in Troy, new license plates were being returned to the state. County Clerk Frank Merola said in an interview the initial reasoning he got from state officials was vague.

It was a scene that's played out at local motor vehicle offices around the state over the last several days. The new "Excelsior" license plates yet to be distributed to drivers were recalled by state officials. Three county clerks, including those in Saratoga and Dutchess counties, confirmed to Spectrum News their Excelsior plates were also sent back.

"To me, it doesn't make any sense," Merola said. "If you want to do an inventory, come in, see what I've got, and see what's here."

The new plates were being sent back because of a problem with how they were manufactured.

The reflectivity of the new plates was difficult for some cameras to read on state roads and highways. Those systems are now being upgraded.

"Early on, the state changed its manufacturing process once it was discovered that some of the new plates were too reflective, and while some have been shipped inadvertently to counties, none were issued to drivers," said state DMV spokeswoman Lisa Koumjian in a statement. "The state has already collected and replaced them and they will eventually be reissued."

It's not clear how many plates are being sent back. At the DMV offices in Troy, at least two pallets of boxes of unused plates were being returned.

The Excelsior plates were the subject of a design competition first announced by Gov. Andrew Cuomo last year. Initially the state had planned to charge an extra fee to motorists to get the new plates, but that plan was dropped after an outcry. At the time, the governor said the plates were needed so they could be read by E-Z Pass cameras.

"It's 10 years," Cuomo said of the last time the state issued new license plates. "You need a plate that works with E-Z Pass."

Distribution of the new plates had been initially been scheduled to begin April 1. But then the COVID pandemic shut down motor vehicle offices.

"We got them about a month and a half ago," Merola said. "So we were getting ready for the April 1 rollout. Of course, that never transpired, and they've been sitting on the shelf."

County clerks for now will continue to release the old blue and gold plates, and have been told to ask the state for more if they run out.