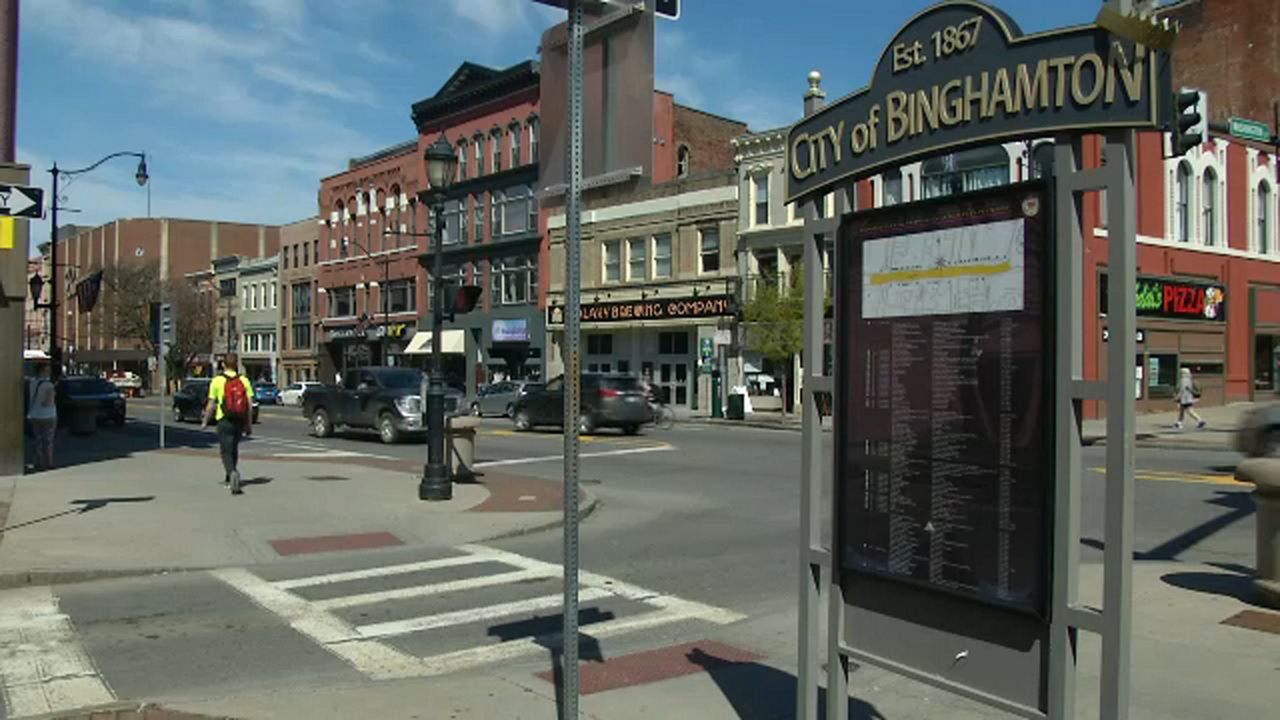 The budgets of small cities of fewer than 500,000 people, like Binghamton, are facing huge holes due to the economic shutdown.

“We expect to get a significant drop in sales tax revenue,” Binghamton Mayor Rich David told Spectrum News on Tuesday.

“We expect our second quarter sales tax revenue to be down in the millions,” David said. “And just to put that into perspective for you, sales tax revenue, at least for Binghamton, is the second largest behind property taxes.”

Localities with fewer than 500,000 people are not expected to receive any unallocated aid under the provisions of the last stimulus package, something Peter Baynes of the New York Council of Mayors is trying to address.

“We have approximately 250 mayors who have signed on to [a] letter, which has been transmitted to our congressional delegation to make it clear that all local governments … have tremendous needs.”

Baynes is also worried that in the event the federal government does provide funding to localities, that New York State would reduce state aid to local governments by the same amount they receive in federal aid.

“We’re a family here in New York,” he said. “We have to have our state and local governments stick together.”

According to the National League of Cities Fiscal Survey released Tuesday, the average revenue shortfall is predicted to be around 14%.

“If you just apply that to all cities and villages in New York State outside of New York City, that’s a $910 million revenue shortfall and a 30% property tax increase,” said Baynes.

If the federal government doesn’t provide relief to smaller localities in the next stimulus package, Mayor David is predicting just that: tax increases.

“I don’t want to raise taxes,” he said. “I don’t want to exceed the tax cap and I don’t want to make cuts in essential services, but quite frankly, we will have no choice but to engage in one or more of those extremely negative options if there is not direct aid from the State of New York or the federal government in recognition of the massive losses in revenues cities large and small across the nation are facing.”