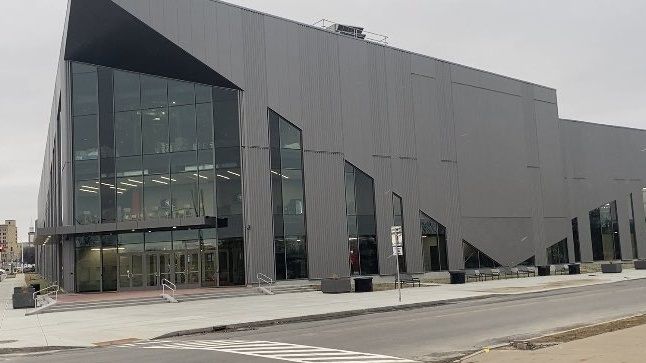 After years of planning that started and stopped due to the pandemic, the Nexus Center has finally opened its doors. The $64 million facility, which was officially opened Thursday, will primarily be used for hockey, soccer and lacrosse, but also for community events.

"I think when we first announced it, I wasn’t sure that people believed that we could pull this off and we did," Oneida County Executive Anthony Picente said. "It was because of great partnerships with the Auditorium Authority, the board of legislators and certainly Rob Esche and Mohawk Valley Garden."

"The asset that this is, for the kids, I think, is monumental," Mohawk Valley Garden CEO Robert Esche said. "I think as time goes on, they’re going to see that. But then the flip side, on Fridays, Saturdays and Sundays, you’re really looking at something that’s an economic driver because of sports tourism. I think, all in all, it’s been a long time, but it's definitely been worth it."

It will not only serve as a sports center, but a place for the community.

"There’s community rooms, there’s a bar and restaurant, there’s a coffee shop," Picente said. "There’s capacity to do conferences and meetings and concerts, from small to large, and complementing what's over at the Utica Auditorium."

Picente said the project's costs grew over time, with the pandemic playing a major role in that. He said with other outdoor amenities, the project is closer to $68 million.

"Thousands of people coming here on the weekend from all parts of the Northeast and Canada, Northeast of the United States and Canada, staying in hotels, eating at restaurants, coffee shops, shopping, being a part of a community, coming back," he said. "So, in essence, when you look at that occupancy tax to go back to that, in essence, this is going to be a user kind of funded facility."