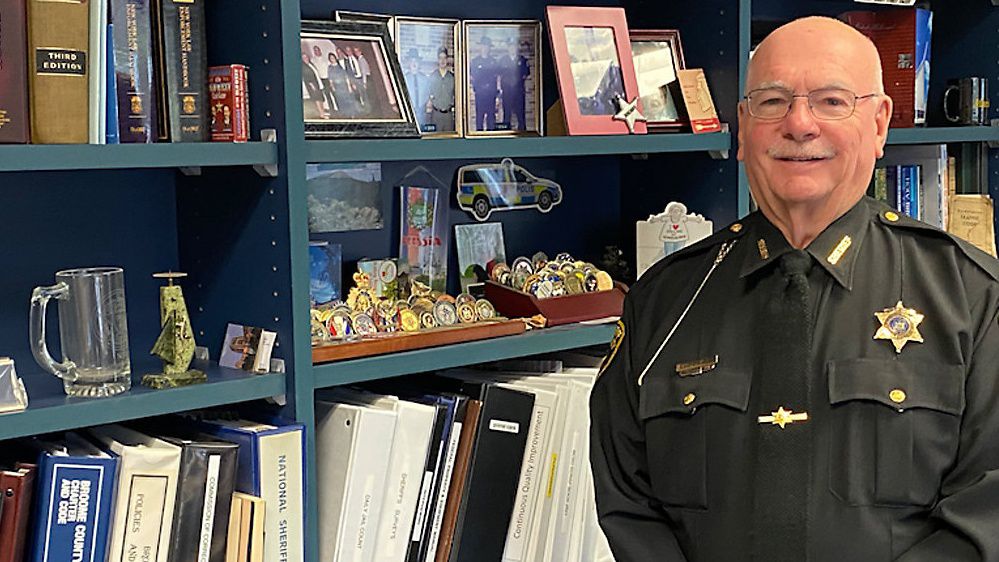 Longtime Broome County Sheriff calls it a career after 64 years

For Broome County’s longest tenured employee, the time has finally come to hang up his hat, as takes some time to reflect on his life’s work. Sheriff David Harder joined the office back in 1964, when the starting salary was $4,250 or a whopping $63 a week.

Deputies were given $100 to buy whatever they thought they might need to survive a career in law enforcement.

“I bought a Stetson a shirt and a pair of trousers. If you want to carry a gun, you're better buy. If you want a gun belt, better buy it yourself. You want to shoot somebody? Better buy the ammo. You want to write a ticket. You better come up with a pen," said David Harder, Broome County Sheriff.

Times have certainly changed over the nearly 60 years Harder has been fighting crime, but he remembers those early days like they were yesterday. He became Sheriff 24 years ago, eventually serving six terms in office. He still has the Bible he was sworn in on.

“It brings back memories," said Harder.

And some of those memories are harder to relive than others.

Back in 2002, Deputy Kevin Tarsia was shot and killed in the line of duty while patrolling at Grange Hall Park. Years later, one of his killers would escape Clinton Correctional Facility, leading to one of the largest manhunts in the state’s history.

“That was a challenge in itself. I think I would have done things a little different being the sheriff, but I try to stay way back and let the detectives and all them do their work. I didn't want to be one of the people trying to you do this, you do that,” said Harder.

Then came the historic floods of 2006 and 2011 which washed away neighborhoods and left thousands in danger.

But even through the hard times, Harder wouldn’t change his job for the world.

Following nearly 60 years in law enforcement, and time at Paris Island before that, the now 80-year-old hopes the legacy he’s leaving behind made our region a better place.

“Well, I hope I left the county and good shape, law enforcement wise and so forth. I hope the people respect the fact that I worked as hard as I did. They always said, you know, your employees make the boss look good. Well, that's true. And you work with them. But you got to work with your employees to get that, too,” said Harder.

Serving since 1964, like the badge says, Harder now enters the next chapter of his life. Harder will be succeeded by former undersheriff, and current State Senator Fred Akshar.