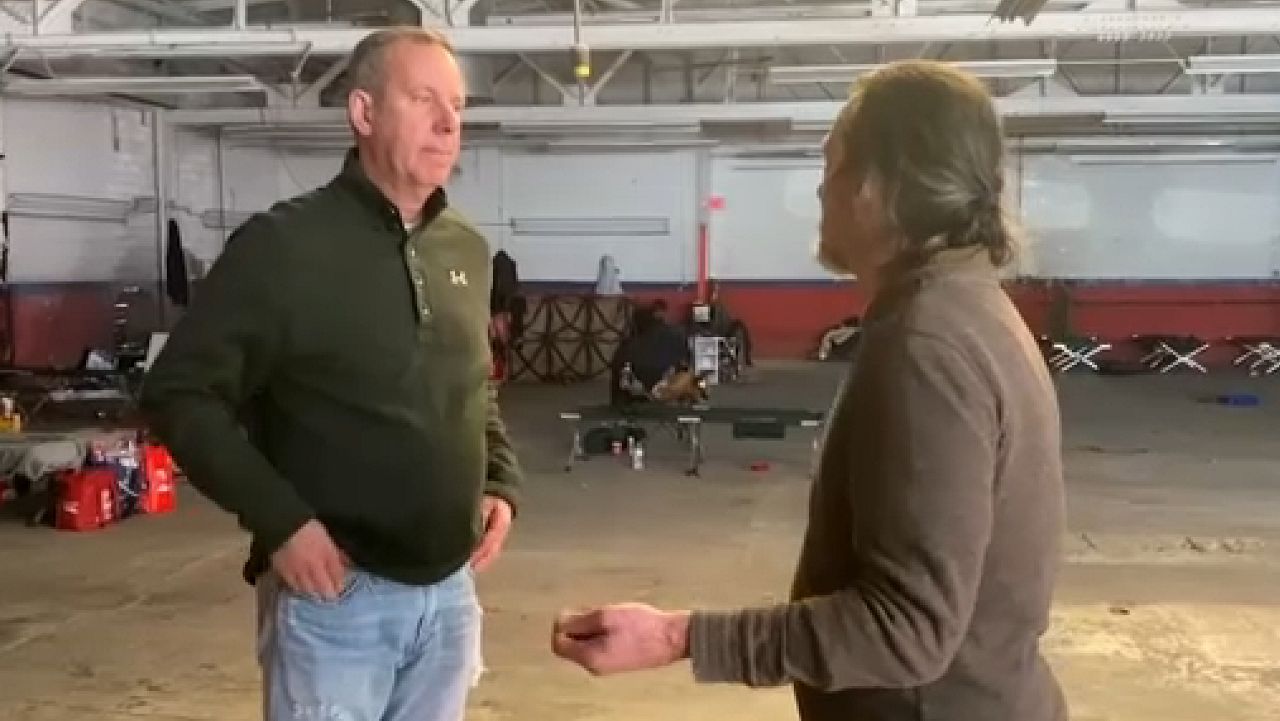 Watertown commits funding for shelter amid questions over housing

The Watertown City Council voted Monday night to spend $25,000 at a new — but still very temporary — homeless shelter opened just before this past weekend’s lake-effect snowstorm.

Everyone who had been sleeping inside a tent under an open-air pavilion in the city has been moved into the shelter, according to officials.

Every day since Friday, Jefferson County Legislator Scott Gray has checked in on the makeshift homeless shelter in the city of Watertown. While it has bathrooms, a shower, heat and four walls, it is not considered a permanent solution.

However, for people like Pete, it’s still much better than living in the tent, which dozens were doing as the massive storm began to fall.

“It is definitely much better,” Pete said.

The question many are asking, is how did Watertown get here? How did the city, the county, end up with no place for folks to go? How are so many in need?

Well, it started two years ago when a motel burned down. The Department of Social Services used it to place people. Then, a hotel in Carthage dropped DSS. A complex in Watertown was condemned, and then a motel outside the city was also condemned and then burned down.

“You look at a number of these places, and they’re not available anymore,” Gray said.

The next question for many is, what’s the end game here?

If the new location receives $25,000 from the city for things like staffing and security, as well as clean up, if it is only temporary, then what’s the permanent solution?

“That’s what people pay county taxes for and that’s what the state of New York gives Jefferson County money for - those social service needs,” he said.

The county said this is a community issue, and everyone needs to step up.

Despite the disagreements, the Watertown Salvation Army is working on a warming station that would be open overnight, but a Nov. 1 opening date was pushed to Dec. 1, and staffing could be an issue.

Whatever the future holds, Pete said it is long past time for the area, known for miserable winter weather, to begin to take a look at not only the problem staring it in the face, but the root of the problem as well.

“People could easily get very sick and possibly die,” he said.