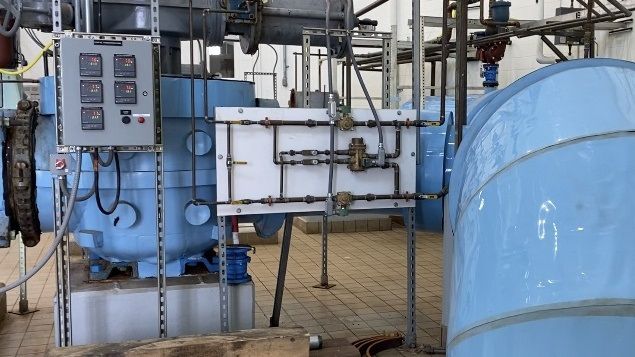 Where Micron would find 20 million gallons of water per day

A new $100 billion Micron semiconductor plant in Clay would use about 20 million gallons of water a day, raising questions about where that water will come from and if the massive daily usage will have any impact on services to existing homes and businesses in Onondaga County.

One of the things that helped draw Micron to Central New York is its proximity to Lake Ontario and plenty of pumping equipment.

“We will be providing roughly five times as much water for Micron as we do for other industrial customers,” OCWA Executive Director Jeff Brown said.

The OCWA provides water to Onondaga County and portions of Oswego, Madison, Oneida and Cayuga counties. Brown said OCWA is gearing up for the big challenge.

They’ll be supplying about half of the estimated 20 million gallons of water per day that Micron expects to use once production ramps up at the new plant. OCWA currently pumps about 36 million gallons to other homes, business and industrial sites in the area.

“This water comes from Lake Ontario, which is the 14th largest freshwater lake in the world, so we’re never gonna run out of water,” Brown said.

The facility that will handle the job is located across the street from Great Northern Mall, also in Clay, and is complete with enormous storage tanks that hold treated water, completing the 24-mile journey from Lake Ontario.

While he says they aren’t worried about running out of water, they are ramping up their pumping capacity to meet the demands of the job.

“We actually have spots for two additional pumps that we are going to put in because of Micron coming,” he said.

Even if water demands rise higher than expected, he says the plant, built in 1967, will be able to handle it.

“The great news is our forefathers who came up with this concept of bringing water down from Lake Ontario had a lot of foresight,” Brown said. “They built a facility that is oversized, frankly, and that’s why we have the capacity that we do.”

Brown said the plant is currently operating at about half of its total capacity of more than 70 million gallons of water per day, so current customers will not feel any impact in service.

The other half of the water will come from Onondaga County Water Environment Protection. That water will be wastewater from the plant which will be treated and then sold back to Micron.