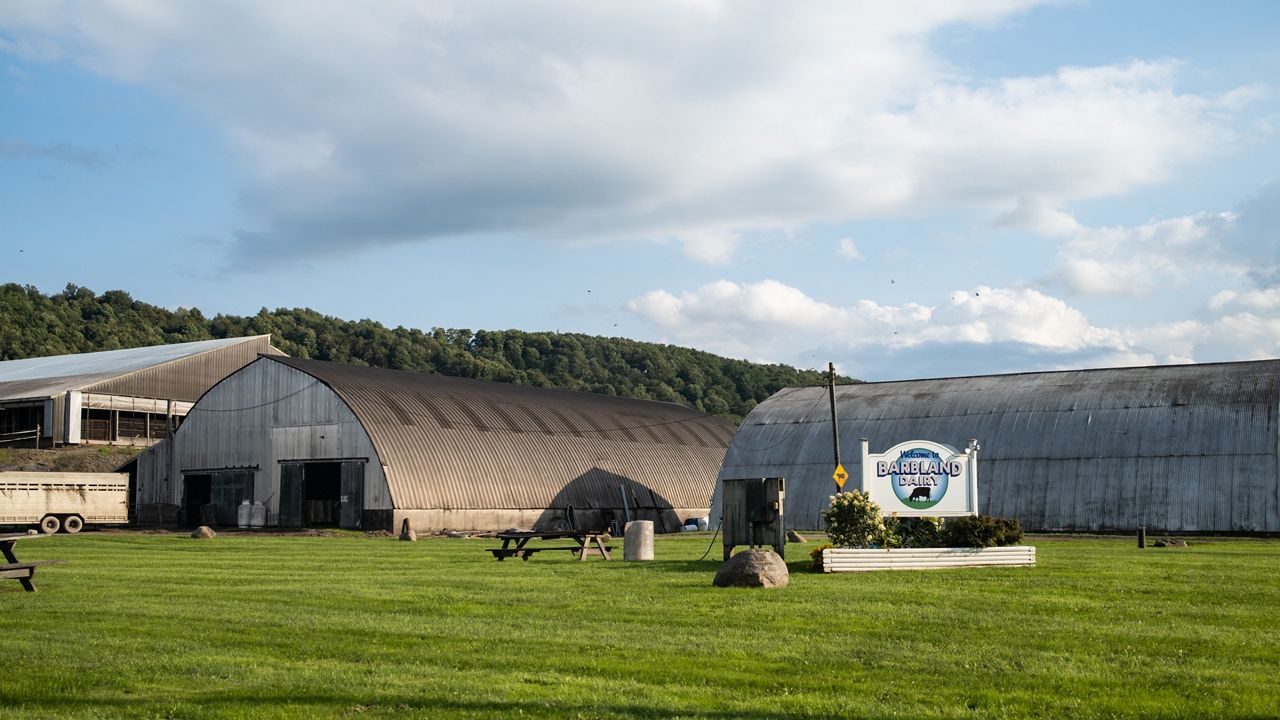 Seven farms across Onondaga county will open to the public this weekend as part of the county’s annual ON Farm Fest.

The farms, open Saturday from 10 a.m.-3 p.m., you will see a variety of different things from dairy cattle to vegetables to longhorn cattle. You may also see some technology that is used by farmers. 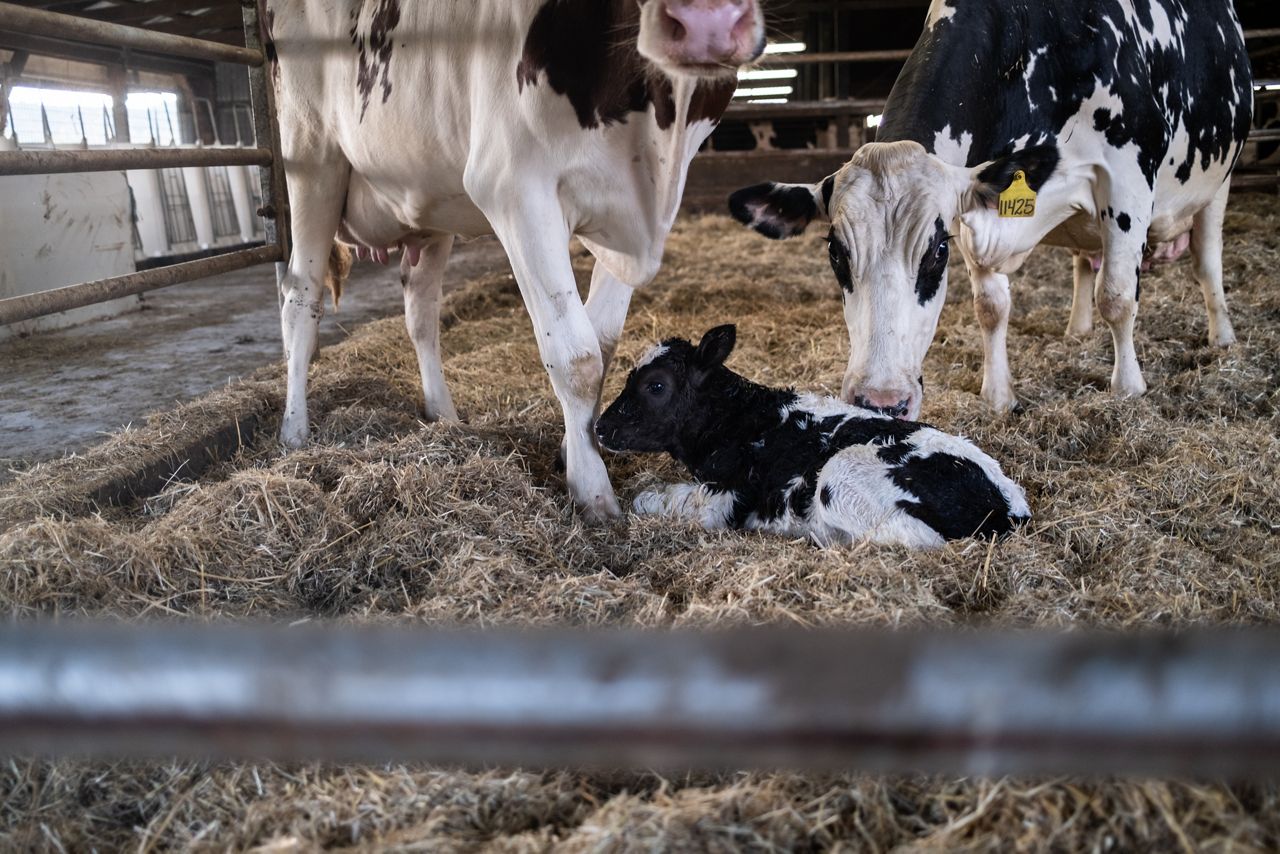 A calf that was born at Barbland Dairy. (Emily Kenny/Spectrum News 1)

Barbland and White Eagle Dairy located near Fabius, is offering farm tours, a hoof trimming demonstration, and more. The dairy farm uses many forms of technology on their farm including an app that tracks all the information about their cattle.

“Each cow has an identification number, and then they have an ear tag so we can pull up an app on our phone, and we are able to know any type of information I might need to know about that cow,” said Johanna Bossard co-owner of Barbland and White Eagle Dairy. “I know when she was born. I know how many offspring she's had. I know the sex of her offspring. I know the last time she got hoof trimming. I know how much milk she's producing. I know if she's ever been sick, and if I've ever had to treat her and what I treated her with. Those are all vital things I know by a push of a button from an app on my phone, which is pretty cool technology.” 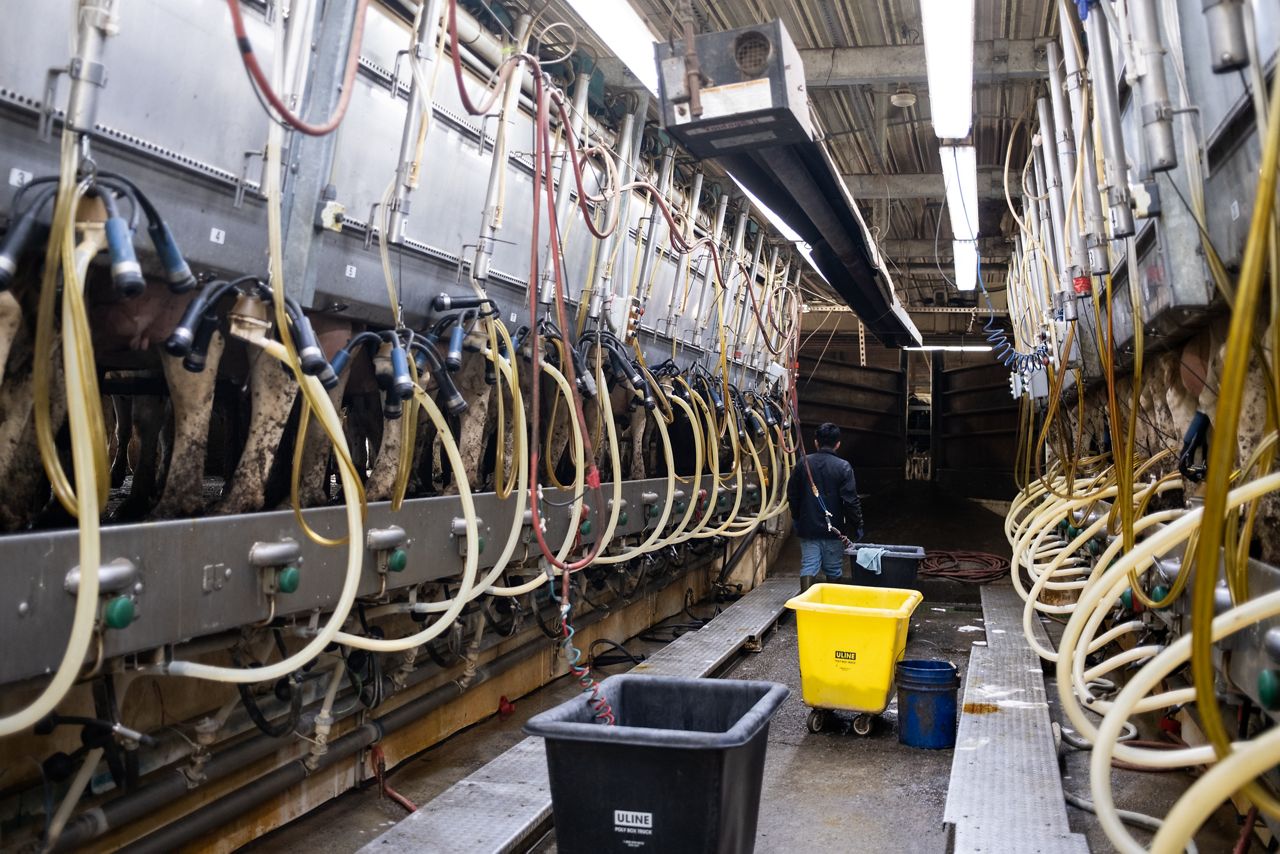 The milk parlor where 16 cows at a time are milked, three times per day. (Emily Kenny/Spectrum News 1)

They operate on 10,000 acres with corn and haylage. They milk 3,600 cows per day and have double that on their farms. Technology for this farm is crucial to keeping track of production. 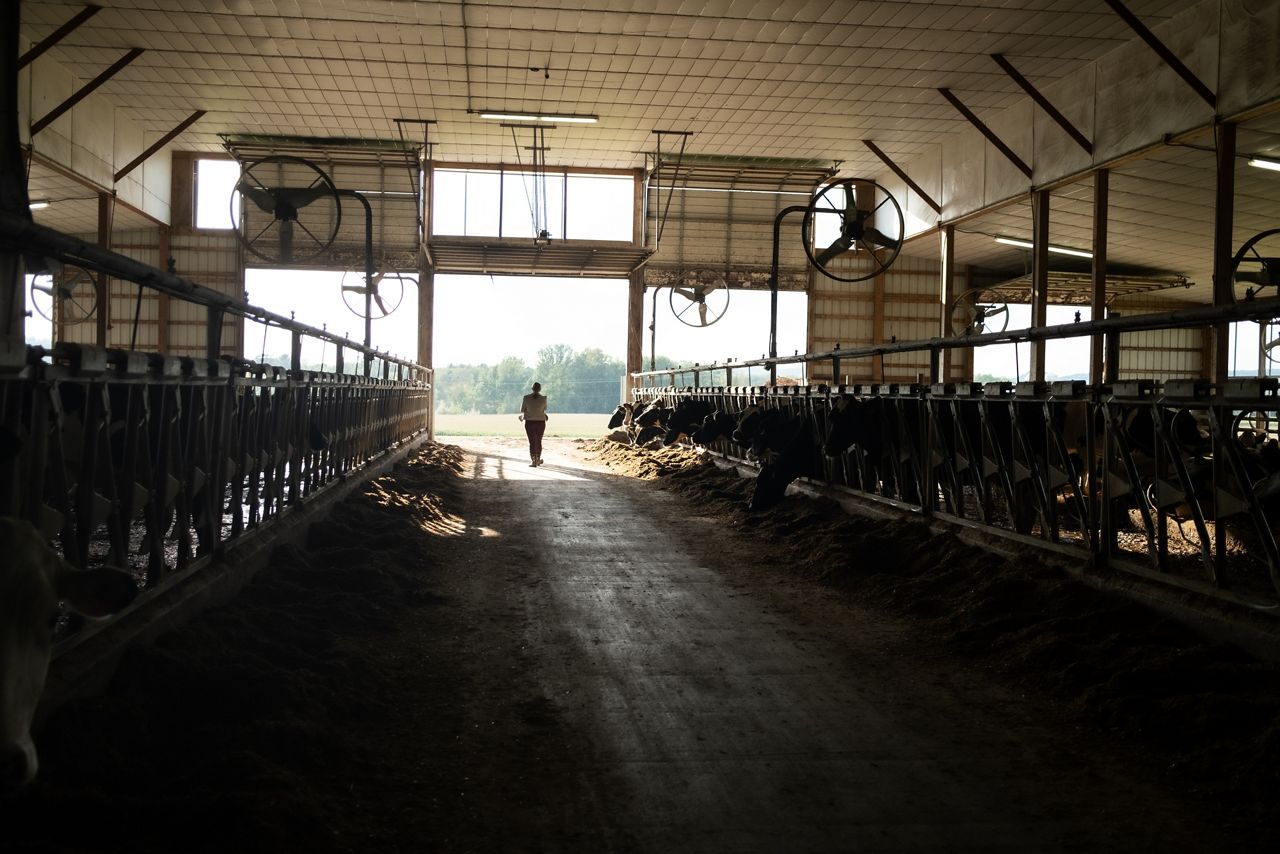 Johanna Bossard walks through the one of the barns at Barbland Dairy. (Emily Kenny/Spectrum News 1)

In addition to the app, their cows wear pedometers that track when they come into their heat cycle. They use artificial insemination to breed their cattle for the safety of their cows.

“When cows are in heat, part of their estrus cycle, they tend to have more steps,” said Bossard. “If the technology and the app reads that a cow is taking more steps than she normally does throughout the rest of the month, she's probably in heat. Therefore, we know that we can breed her at that time.”

These are only two examples of the technology used by the Barbland and White Eagle dairy among many more such as drag line technology, nutrition, and sustainability practices. 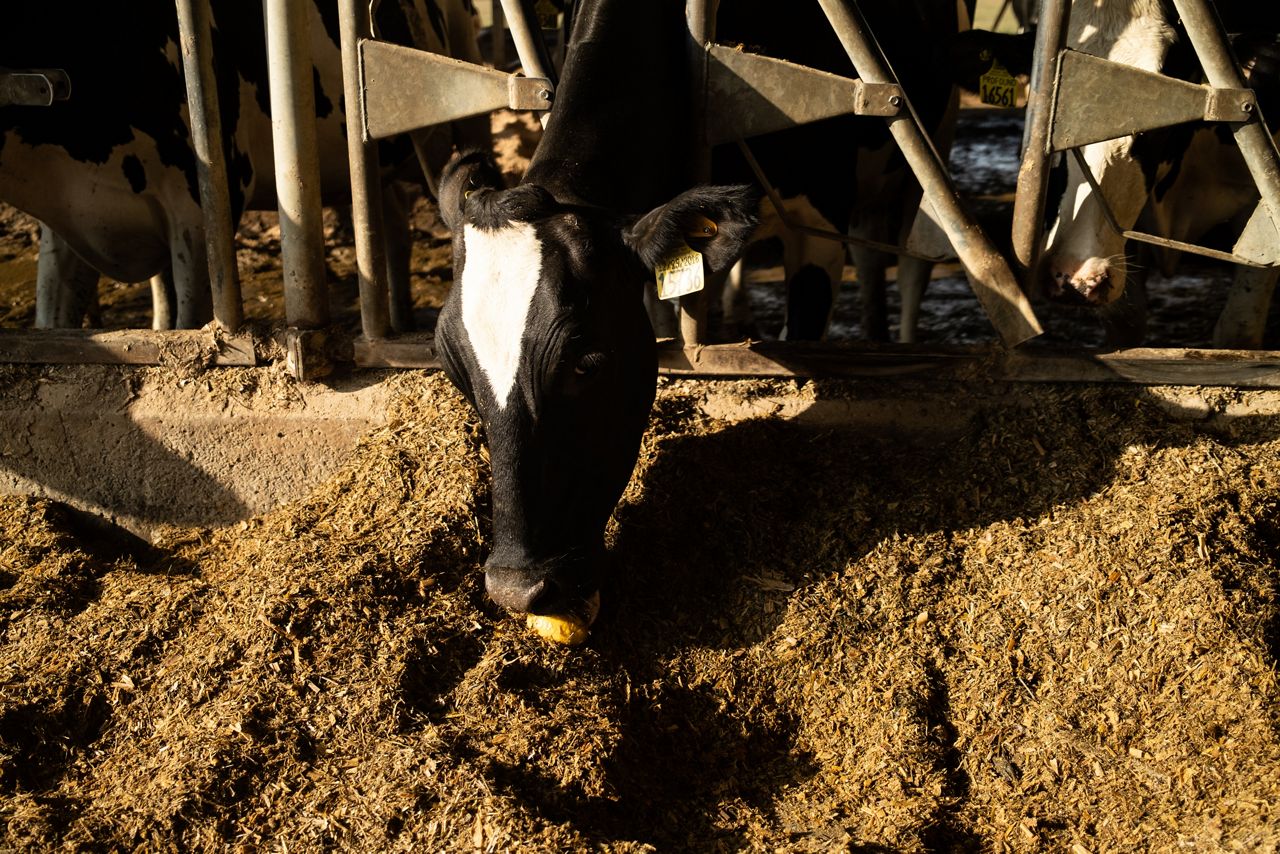 A cow picks up a lemon that came from Wal-Mart. The produce is chopped up with an auger but sometimes slips through. (Emily Kenny/Spectrum News 1)

One sustainability practice is incorporating expired produce and bakery items from the local Wal-Mart into their cows’ diet.

“Cows are awesome recyclers and so we incorporate Wal-Mart refusal waste into our cows’ feed. It keeps hundreds of thousands of pounds of food out of the landfill and gives it a second job,” Bossard said.”

The dairy invested in drag line equipment as well, which takes manure that will be spread on the ground and rather than a truck driving over a field to spread it, drag line technology is used to inject it into the ground, reducing compaction on fields and is a more precise way to apply the manure. 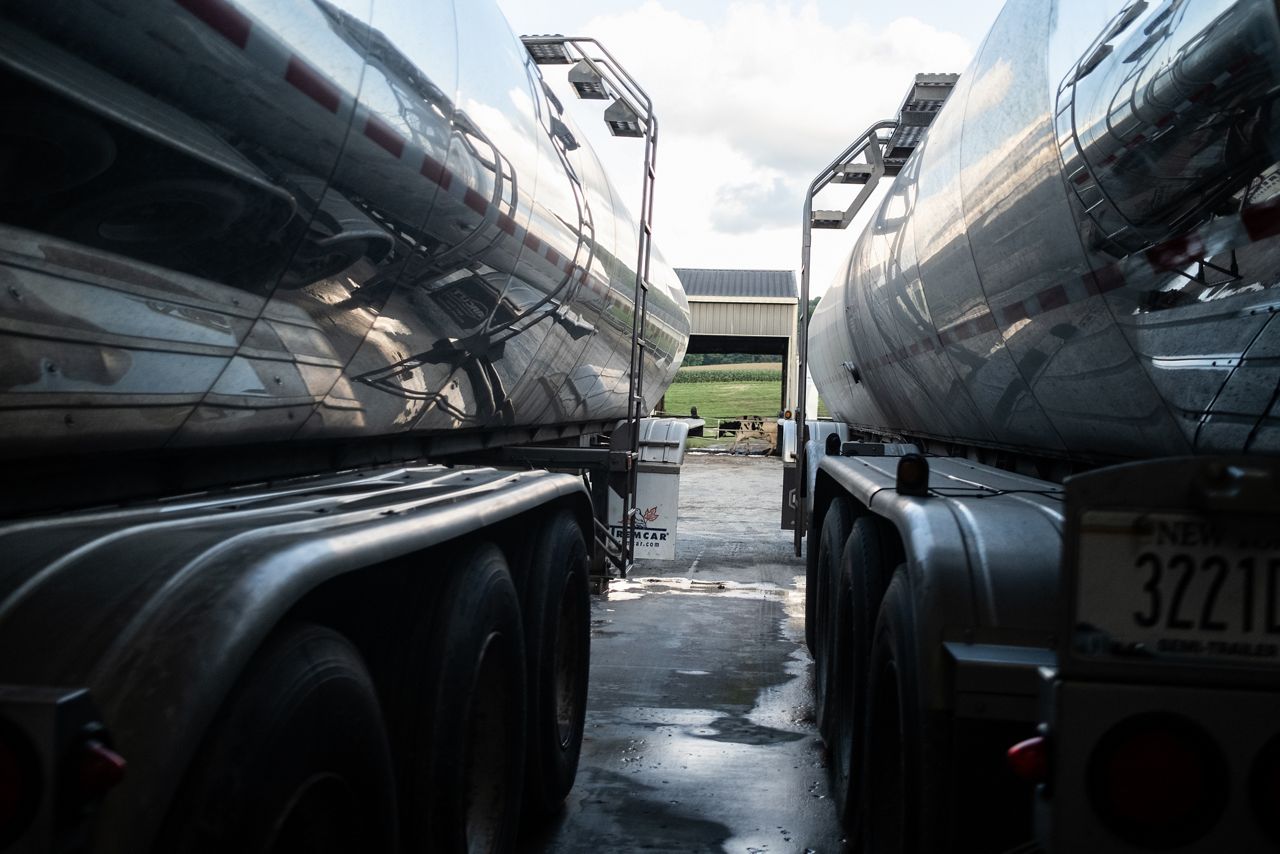 Trucks used to transport milk from the dairy to Chobani are filled as the cows are being milked. (Emily Kenny/Spectrum News 1)

Another farm you can visit at ON Farm Fest is Albanese Longhorns near Lafayette, with approximately 180 head of longhorn cattle.

Jason Hartline, ranch manager, says while they have nothing against cutting- edge technology, they have to use what they have.

“You’ll always have to fix fence somewhere down the line, and the best piece of technology that you can have, when you're in a tight spot is a good pair of pliers in your back pocket,” said Hartline. 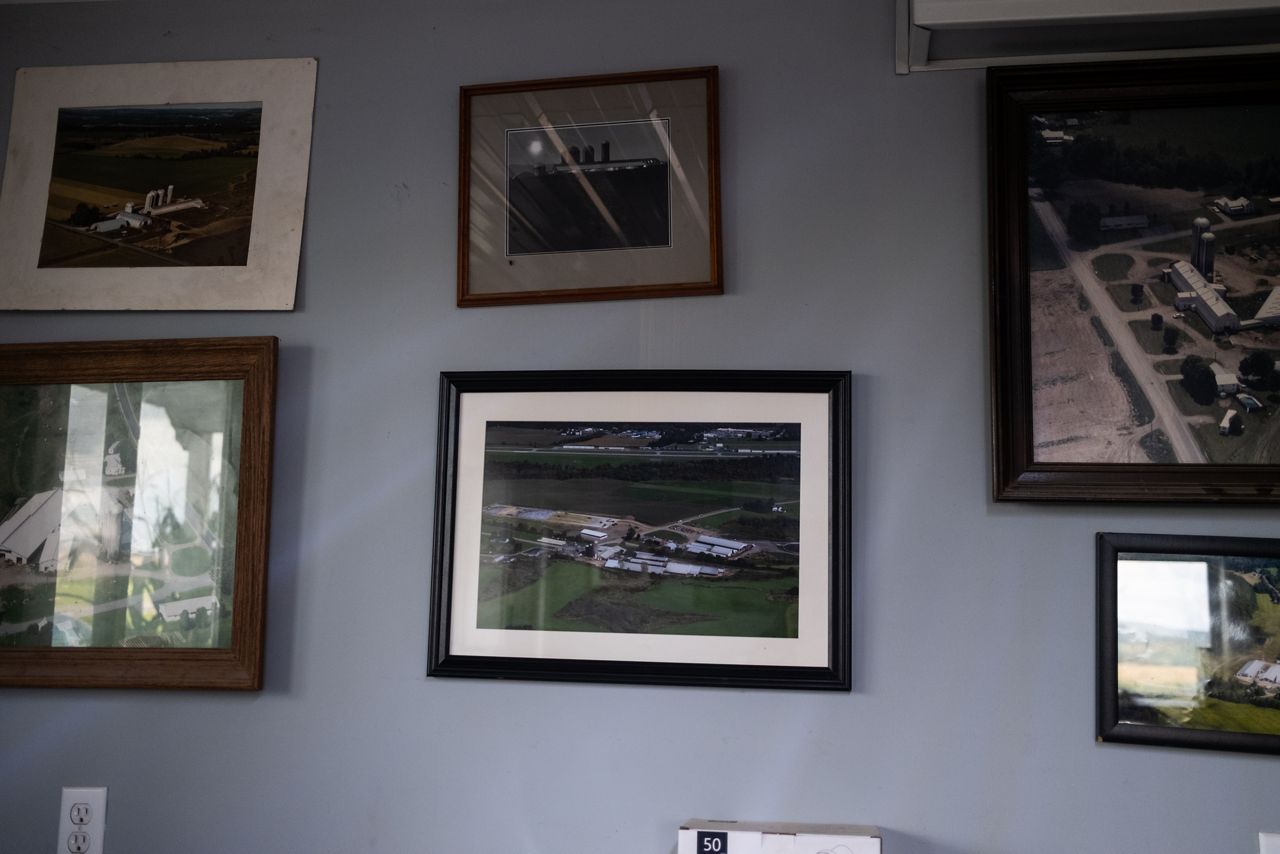 Aerial images of the dairy hang on the wall in the office. (Emily Kenny/Spectrum News 1)

Technology on farms is an investment that can cost millions of dollars. Hartline says you don’t need to have to have that kind of money to be a good farmer or rancher.

Hartline believes the idea that you need a large budget to become a farmer or rancher deters young people from joining the industry. 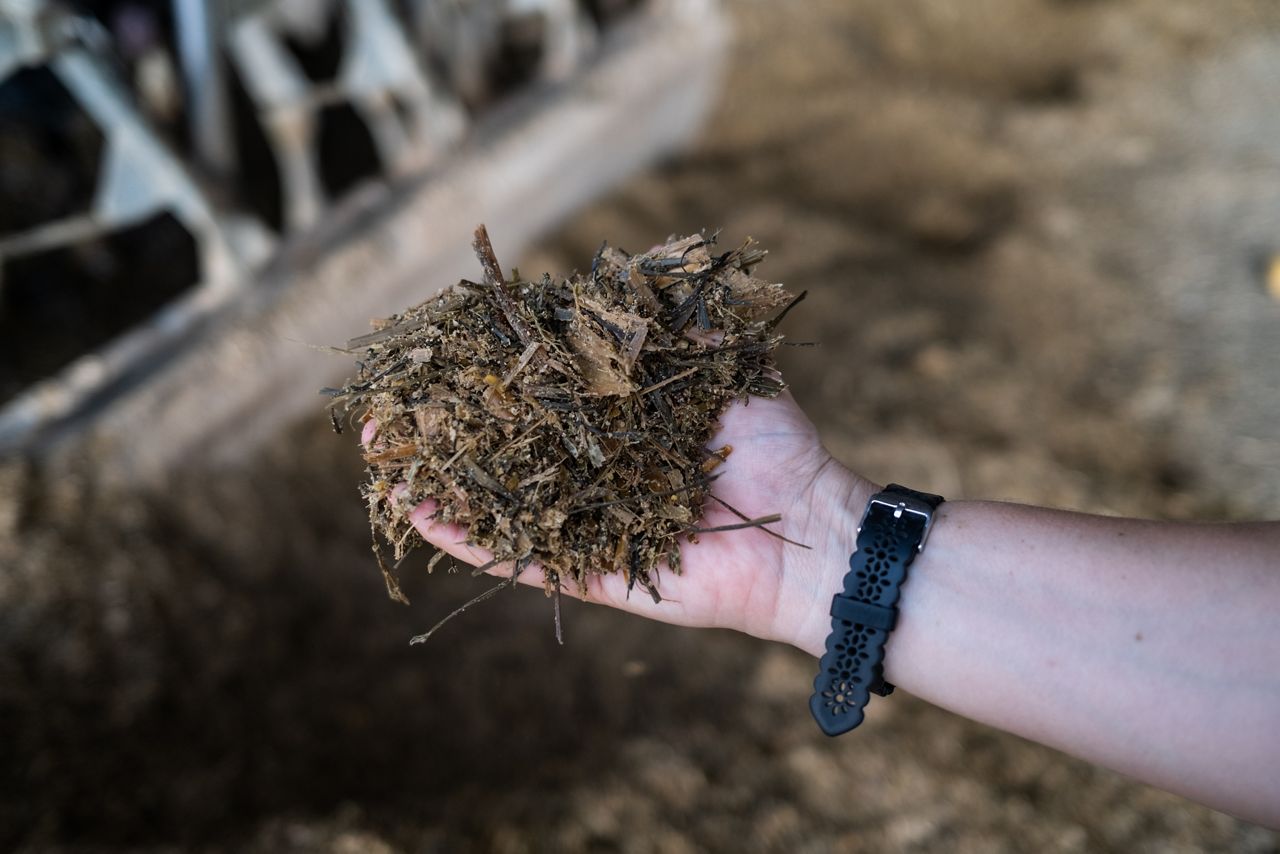 Johanna picks up a handful of what the cows are fed which is formulated by a nutritionist to have everything the cows need. (Emily Kenny/Spectrum News 1)

“It's upsetting because farming and ranching is a dying profession. It's difficult to swallow because that is what has fed Americans since the dawn of time,” Hartline said.

In a similar way to Barbland and White Eagle Dairy, Albanese Longhorns use tag numbers to identify each of their cattle. Instead of using an app though, they track their information in a spreadsheet.

Both Bossard and Hartline believe that ON Farm Fest is a way for the public to see what they do and understand the importance of farming and ranching and exposing them to livestock. 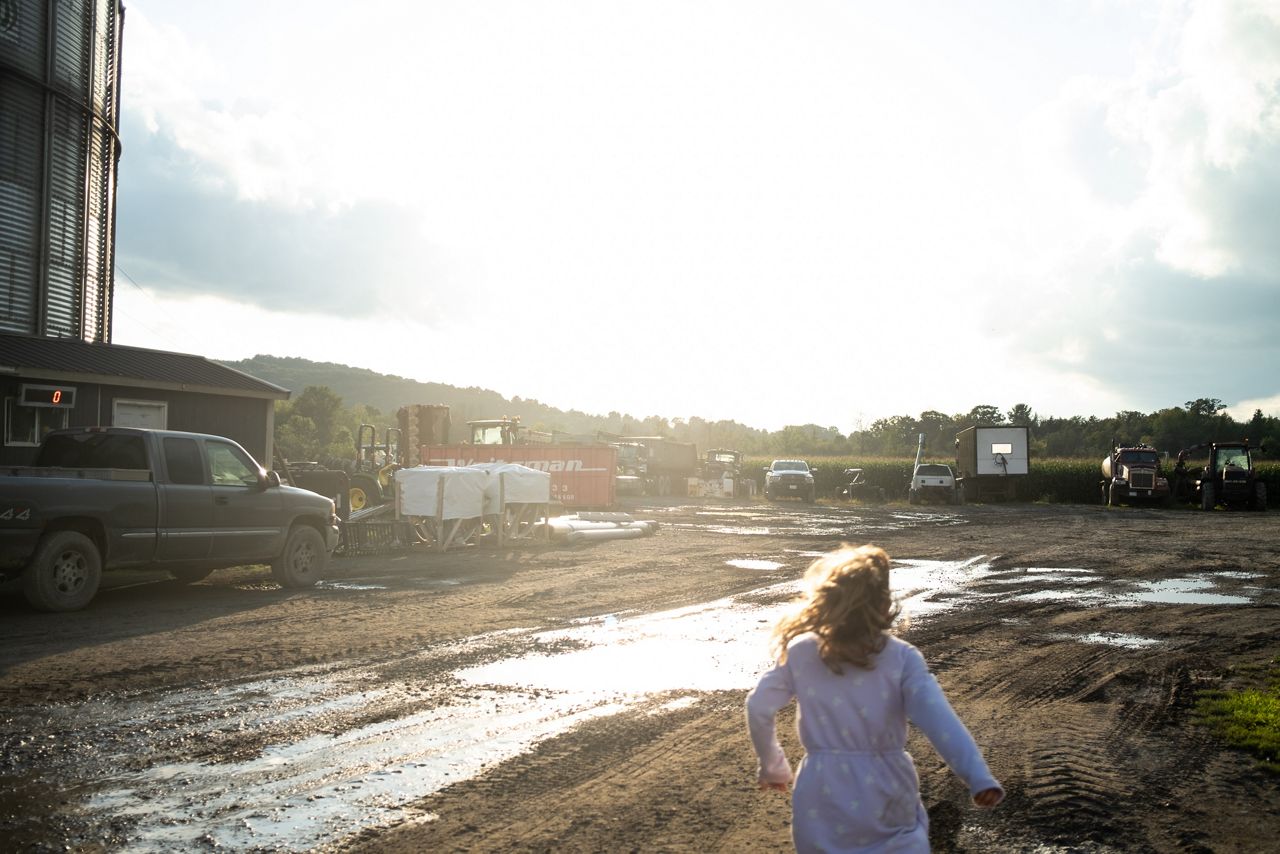 “I believe that none of us would be here without agriculture, whether it's the food that we eat three plus times a day, the clothes on our backs, or the vehicles we drive, none of us would be able to go about our day without agriculture,” said Bossard. “And I think there's a lot of misbeliefs out there because the general American is, sadly, six to seven generations removed from farming.”

Hartline says exposing people to the longhorn breed is a look back at American history.

“Showing that it's not something that’s just for production, just for beef,” said Hartline. “Longhorns are America's original cattle breed. It's the only actual breed that was birthed from America, and to look at them is really to see a piece of American history that's right in front of you.”