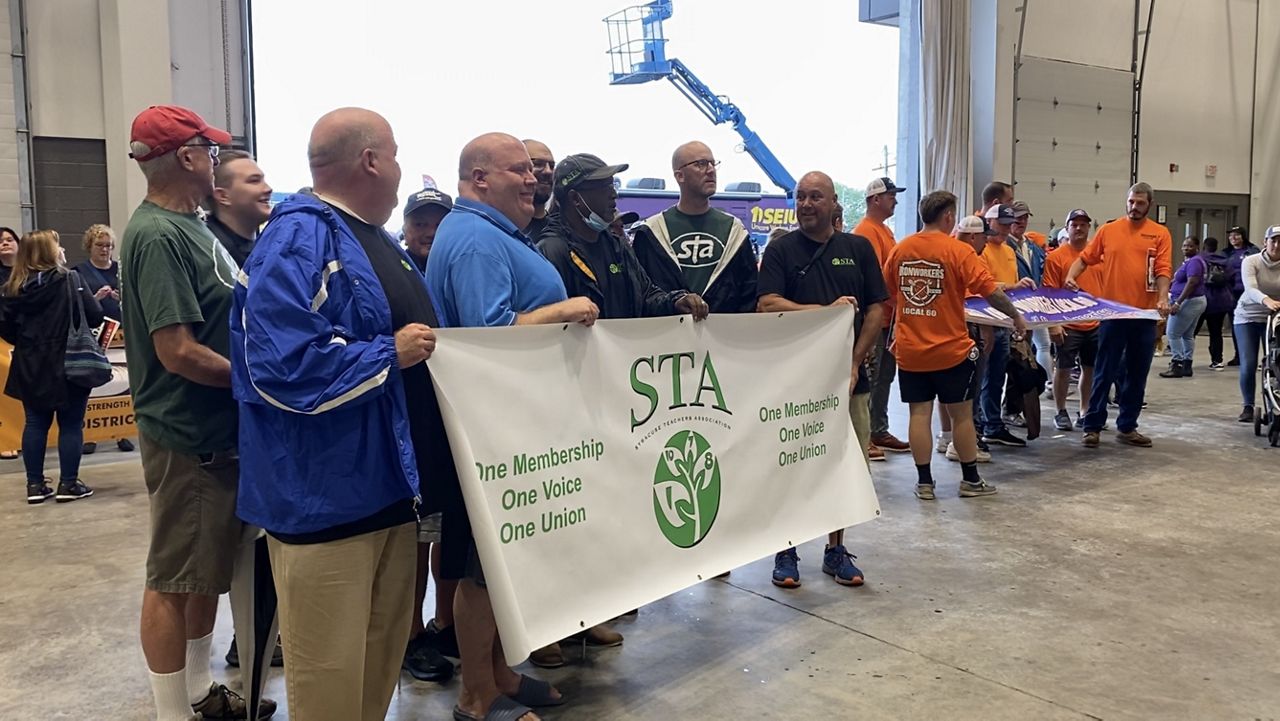 It was closing day at the New York State Fair on Monday, and with it being Labor Day, the fair paid tribute to organized labor in New York state.

Originally scheduled to be a parade, the event was turned into a rally after rain forced the parade to be canceled.

Much of the ceremony was set aside to recognize the established union workers who kept the community running during the pandemic, but the highlighted speaker at the event was actually brand new to collective bargaining.

While there are many established unions across the state and the nation, the event also showcased how workers who aren’t a part of a union can mobilize to form one if they feel it is necessary.

Katelyn Evans came to speak on behalf of a group of employees from Communication Services for the Deaf, who she says provide essential relay services for individuals who are deaf, hard of hearing, or speech impaired.

“We have organized for the first time, forming CWACSD workers united,” said Evans.

She said she and her fellow employees are pushing for higher wages.

“Unfortunately Communication Service for the Deaf has been underpaying us critically for years,” she said. “We have employees have worked here for over 20 years who have yet to make more than $15 an hour.”

She says while she considers her work with the deaf to be critically important, she believes that unionizing is necessary to keep qualified people in their jobs in order to continue providing the service.

“Every worker deserves a living wage and dignity in their workplace, through the power of collective bargaining and the support of our union families,” she said.

And while she says the goal of unionizing is to mobilize a large group of people to reach a common goal, the process has also taught her a good deal about herself as an individual along the way.

“This unionizing process has let me see that advocacy and fighting for what’s right is really something that motivates me and empowers me and makes me excited and passionate,” she said.

Spectrum News 1 has reached out to Communication Service for the Deaf for comment and has yet to hear back.