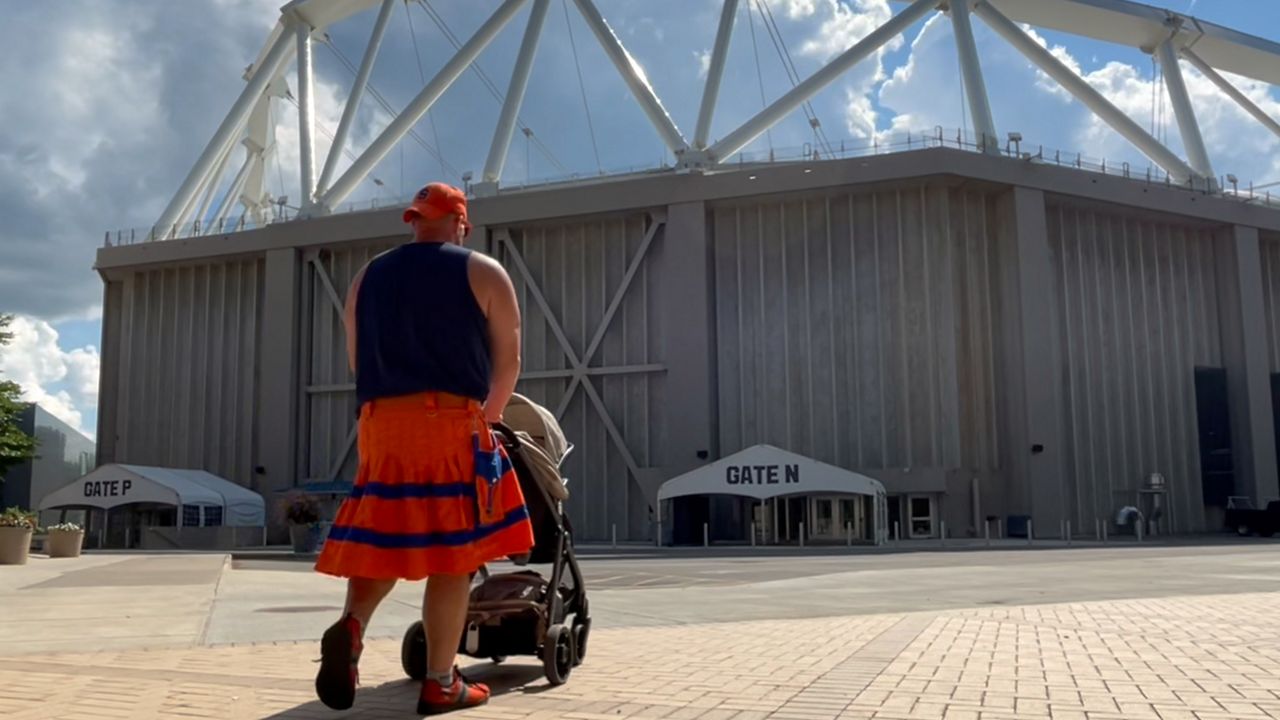 Tucked away in Camillus is the man cave of lifelong SU fan Anthony DiNicola. But you may know him as “CuseWaterBoy” on social media.

“My SU fandom started when I was a little kid, probably seven or eight years old,” DiNicola said.

He’s watched players like Dwight Freeney and Donovan McNabb on the gridiron, the Powell brothers on the lacrosse field and Carmelo Anthony and John Wallace on the basketball court.

“My grandfather actually ran a concrete company back in the day … which supplied the concrete [to] build the Dome. So he got front row seats, season tickets for them right behind the SU bench,” said DiNicola. “Throughout the ‘90s, there’s a little blond haired kid running up and down behind the bench, and that was me.”

Beyond some big names that have come through the Dome, SU fan culture has been a unifying force for communities across the Empire State.

“You know, we go through a rough patch with winter; it's cold, it's miserable,” DiNicola said. “We need something to look forward to, and that's where Syracuse comes in. Like there's nothing better than a big event at the Dome. You just have to get the person to walk through that front door. And once they're in, you can get them hooked.”

As many crazy nights as DiNicola has lost his voice screaming for the home team, all the upgrades to the Dome over the years are geared towards the future.

It’s time for DiNicola to prep his newborn daughter and eagerly await her first full SU home experience — and to see if she's the next super fan.

“I’ll try not to cry. It's gonna be awesome. I just remember my first time walking and looking up at the roof and it was amazing,” he said. “Just to be able to do it with my daughter, like it's gonna be … I don't know how to explain. It's gonna feel great.”

Like so many across the region who have grown up as faithful Orange fans, DiNicola says he’ll do his part to keep the fan base strong.

“She's at that age now, at seven months where she's starting to really take in things and like people watch, and just be amazed by sights and colors,” DiNicola said. “We've been to a couple of baseball games; that'll pale in comparison to this. It's just so refreshing to see that positive energy, and I want to encourage more of it.”