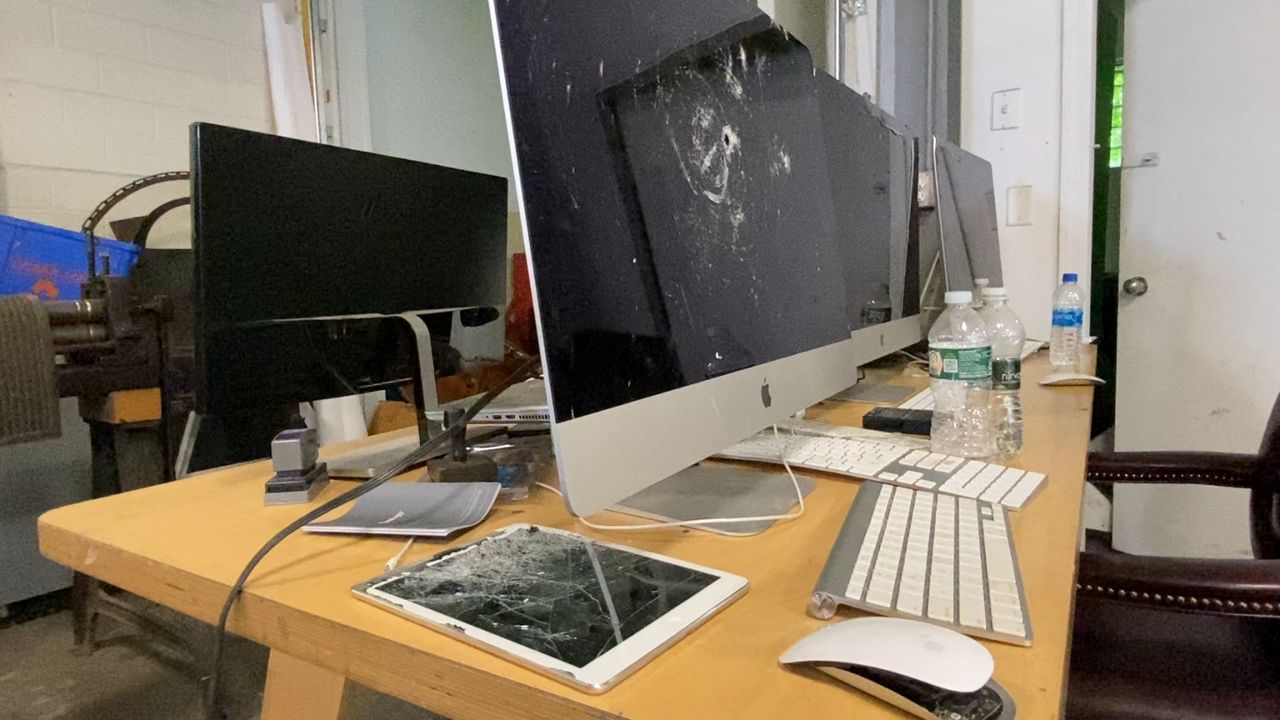 Sculpture Space in Utica offers artist residencies, giving them a place to make their ideas a reality.

“Sculpture Space is a true gem in the middle of this town,” Executive Director Tom Montan says in a video on its website. “Artists come in constantly to this space from all over the world as far away as Japan, as India, and they come and they spend two months of time here in Utica. It’s really a creative incubator is what it comes down to.”

Montan left California six years ago to be executive director. It’s a role he cherishes.

“Art moves our society forward so all in all, I feel it’s a really, really just and noble cause,” Montan said.

But the space of creation turned into a site of destruction when it was vandalized recently. Police believe a group of kids ages 8 to 11 are to blame.

“There are fire marks everywhere. Not only was there water and breakage, but there was fire,” Montan said.

Montan said all of the windows were smashed, art materials were broken, paint was spread on the floors and spray paint was on the walls. The kitchen was smashed, important documents were destroyed, the bathroom was flooded, cameras and lights were damaged, bikes were stolen and art that can’t be replaced was damaged or destroyed.

“Lots of things have been lost,” said Montan. “It’s very sad because we have to recreate that, but we can recreate that. What I’m more sad about is the things that we can’t recreate. We’ve had some beautiful, beautiful art donated to us for our auction, which we had in our office, about to be processed."

The auction Montan referred to is the CHAIRity Art Auction, a huge fundraiser for Sculpture Space. Montan said the community is stepping up to help make the auction still happen, showing a lot of support.

“Coming from California as I have, I just have to say upstate New York, Utica, New York, Mohawk Valley, the support here is just so fabulous,” he said. “I mean what an asset to have a community that gives and gives and gives until they can’t give anymore when somebody else is in need. I just think that’s huge.”

Utica police said the vandalism suspects are facing charges. The executive director of Sculpture Space said they will be utilizing a lot of security cameras moving forward.

The CHAIRity Art Auction starts with an in-person launch party on Sept. 24. The online auction starts that night, closing at midnight Oct. 1.