As America’s farmers near retirement age — a 2017 report put the median age at 57.5 — those in the industry are looking to recruit the younger generations to fill their boots. 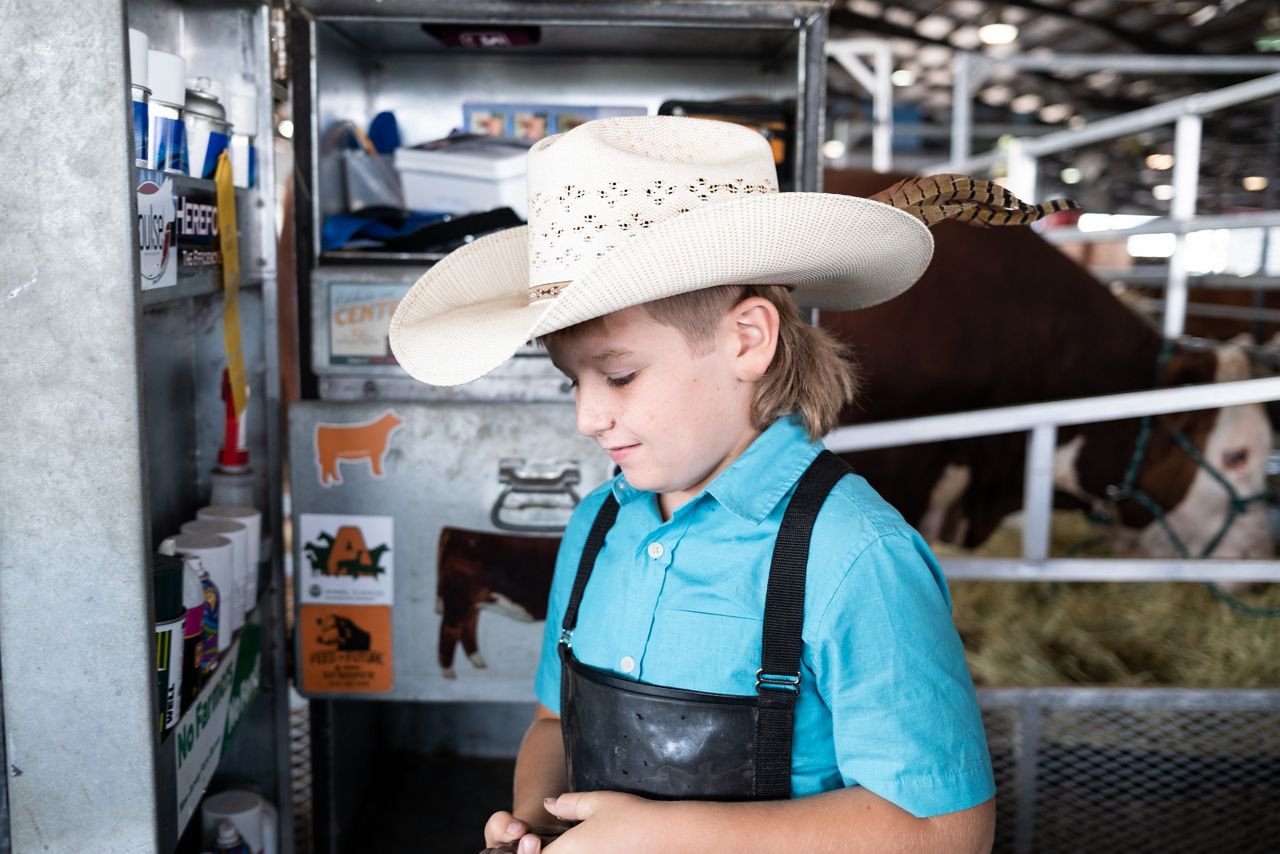 The New York State Fair is taking part in this push, hosting Agriculture Career Day on Thursday to encourage young people to explore careers in farming and agriculture. To help drive attention to Youth Day at the fair, kids 18 years old and younger can get into the fair for free. 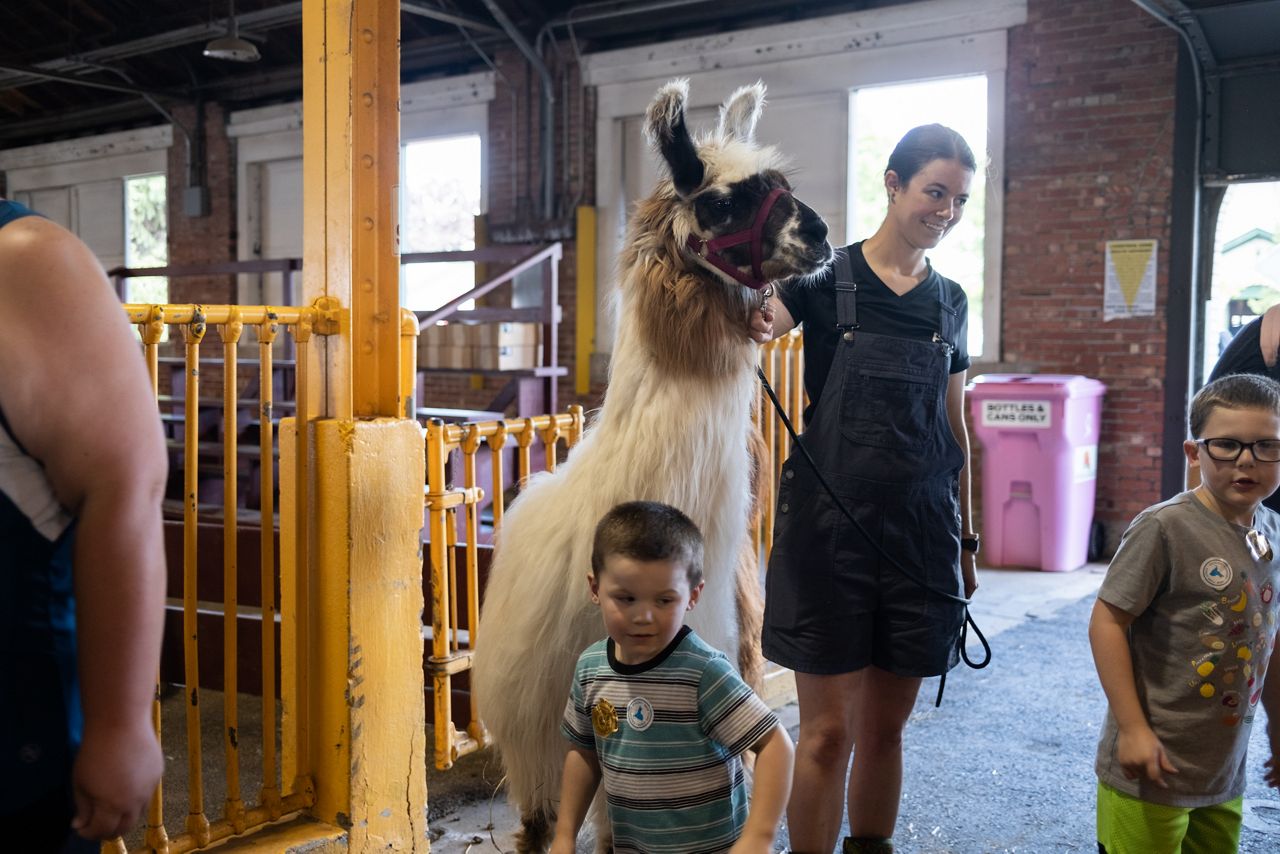 “When I look at the opportunities that we have, particularly looking back at the pandemic that we just went through, the importance of our food supply, and the importance of feeding people. The reality is that we need to have a food system that works right here in the United States. That doesn't depend on another country or another region for food,” said Ball. 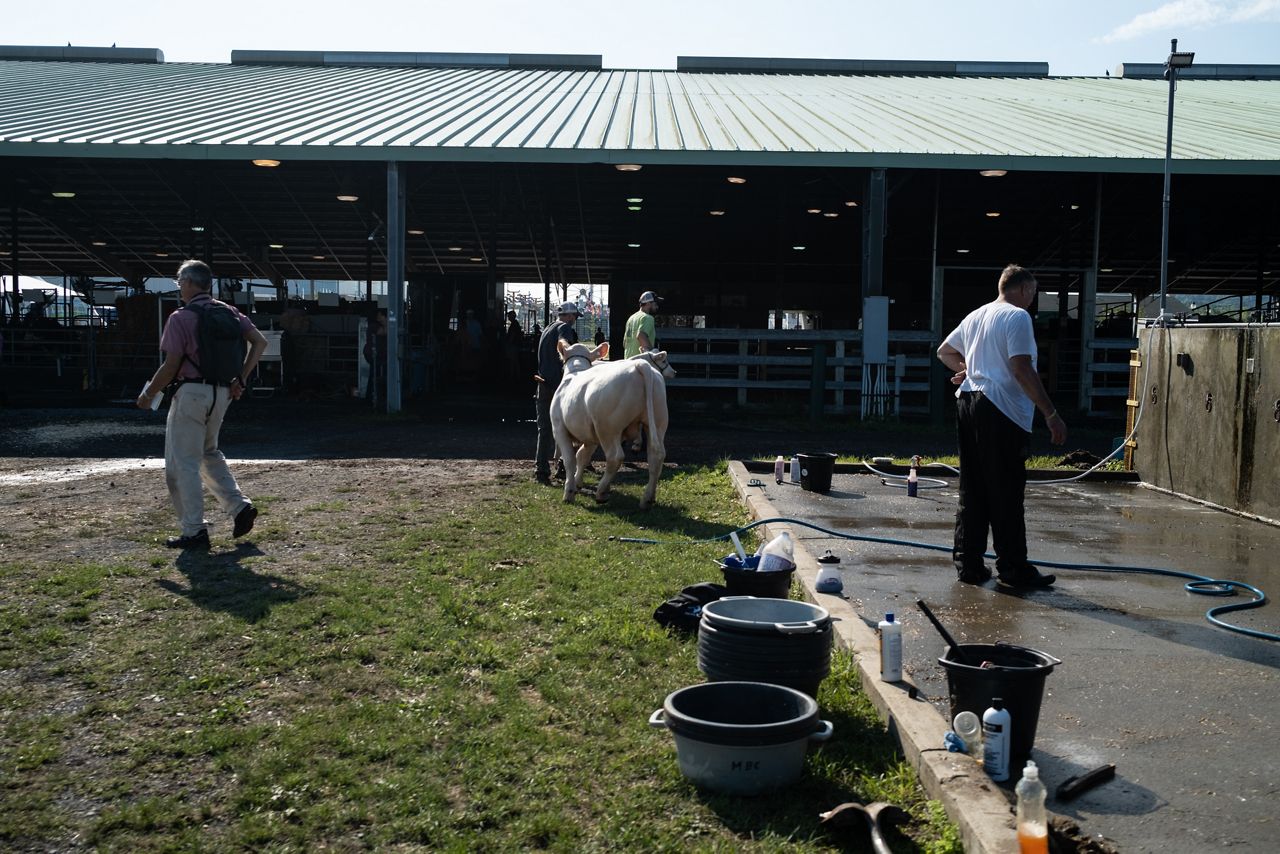 Cattle are prepped for the show. (Emily Kenny/Spectrum News 1)

Programs such as 4H and FFA are meant to encourage young people to get into farming and agriculture careers. At the fair, many kids will be participating in livestock shows, exhibits and other events.

“4H gets kids interested in farming, primarily by providing all the hands-on educational experiences in animal science,” said Cindy Albro, Onondaga County 4H program leader. “A lot of times there is the misconception that you have to own a farm animal to be a part of 4H and there are a lot of ways that youth without animals, partner with the farms that do have animals.” 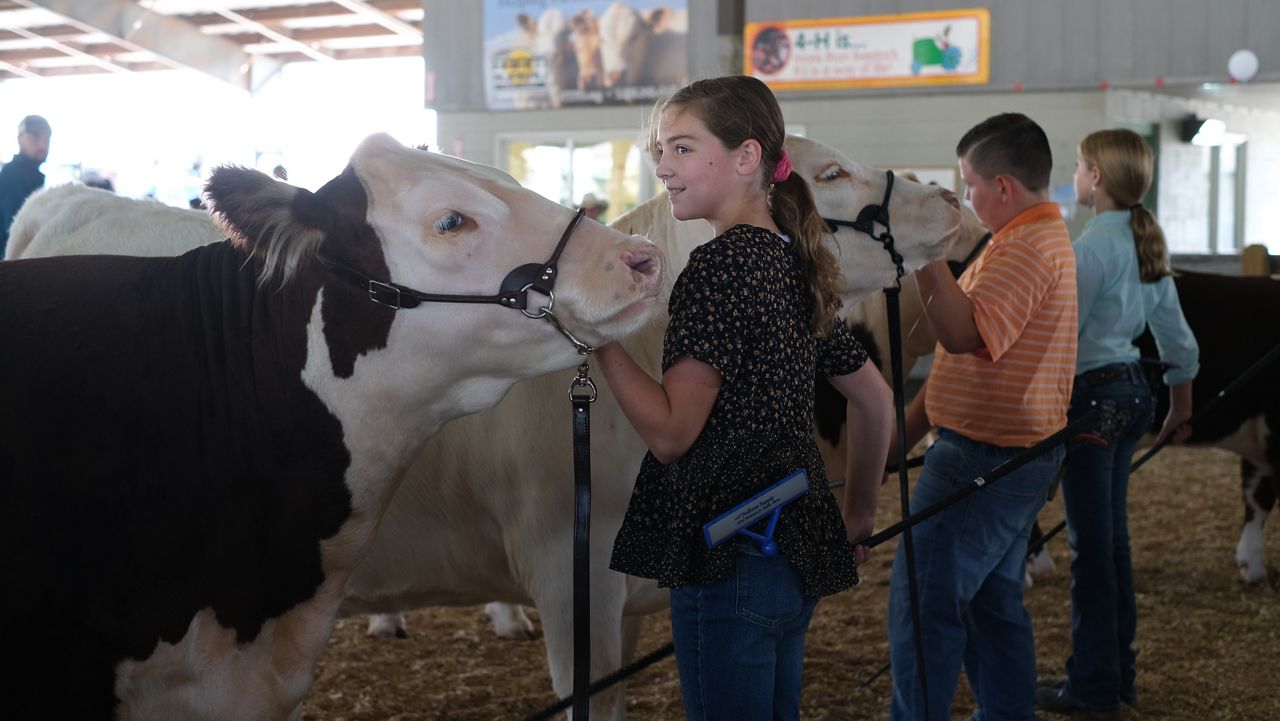 Maddy Montross, 10, has been showing cattle most of her life and has been in 4H for the last couple of years. She brought six red angus, and six Herefords to the state fair this year.

“I’ve learned that it takes a lot of effort to train them to walk,” said Montross. 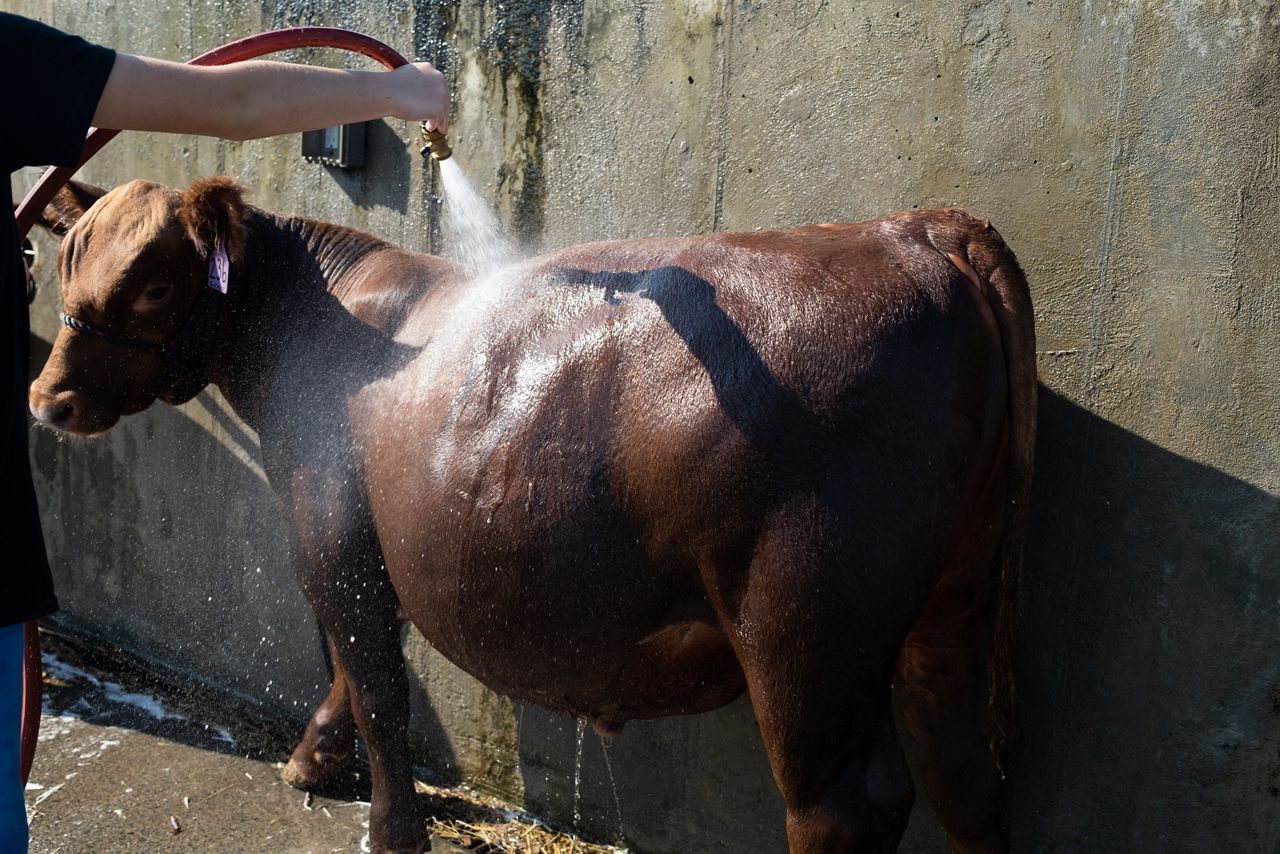 She has spent every day since June working with her cattle to make sure they are comfortable and ready for the fair. Her dream job is to become a veterinarian, which she said she determined through her time in 4H.

Exhibitors have to handle their animals, and they must be able to answer specific questions from the livestock judges. 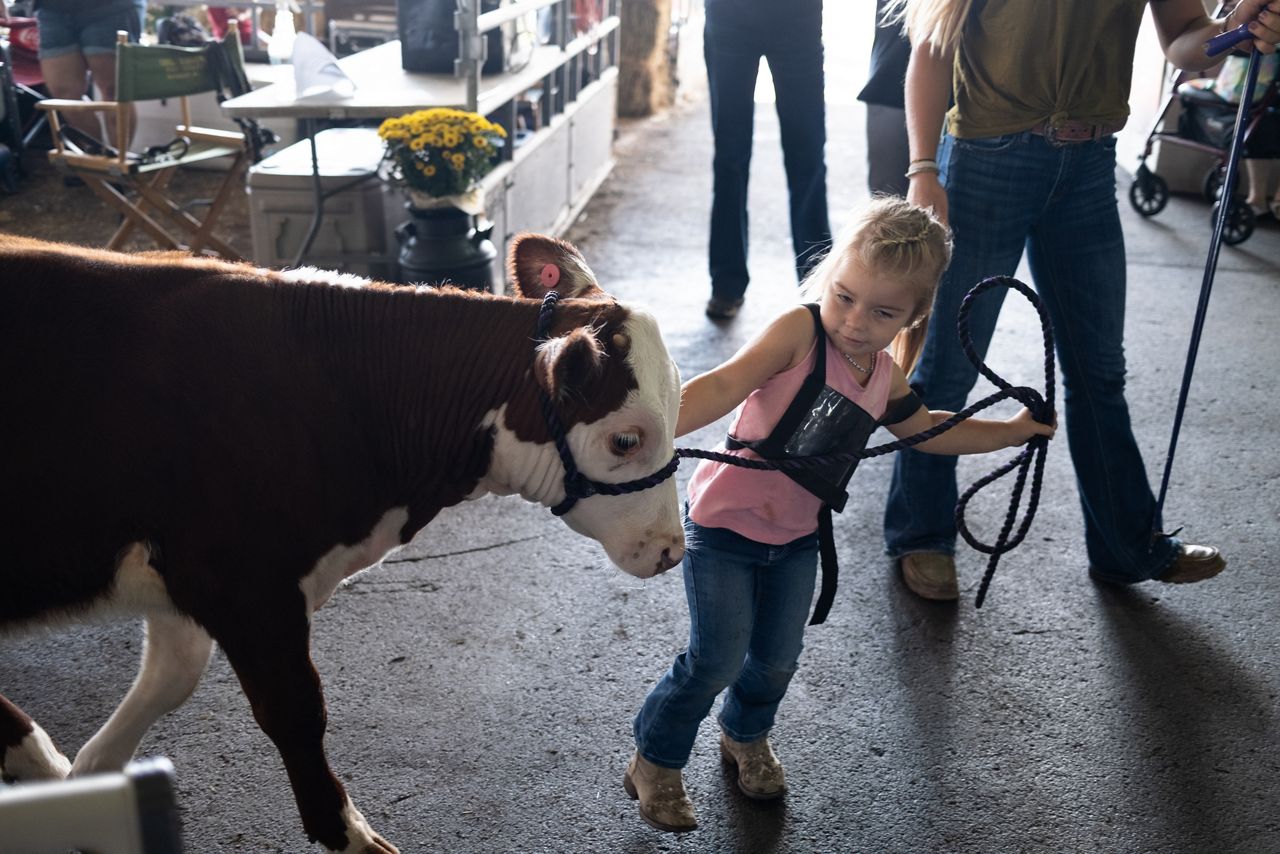 Paisley, 3, pulls her calf to the show ring for the peewee division of youth showmanship. (Emily Kenny/Spectrum news 1)

“I'm always amazed that a kid standing in front of an intimidating looking judge who is asking them questions including anatomy and physiology of their animal and how they care for it, and how much feed costs, and they can confidently look in their eyes and talk about their animal that they are so passionate about,” said Albro. 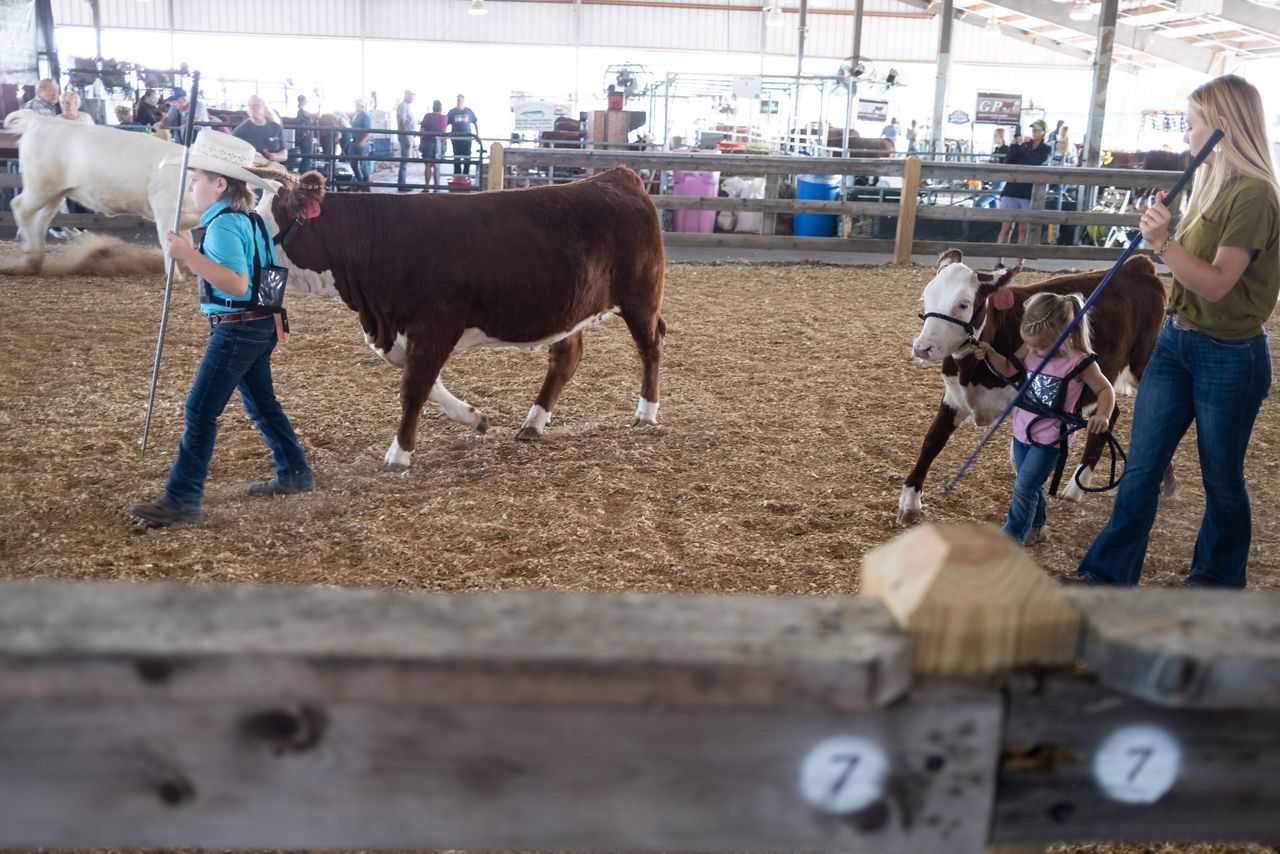 Paisley and her brother compete in the youth showmanship competition. (Emily Kenny/Spectrum News 1)

As a lifelong farmer, Ball says he is more excited than ever for the future of agriculture.

“I was excited when I was 7, and I was milking cows with my grandfather. I was excited when I got a job on my own, paying my own way to a team working on a farm, and then when I was finally able to own my own farm. But I have to say that right now, I look at the opportunities in the food system, the technology that we have today, and the breadth of jobs, that I'm more excited about youth coming into agriculture today than I was at all those times in my life, because the sky's the limit right now. The production possibilities are incredible,” said Ball.