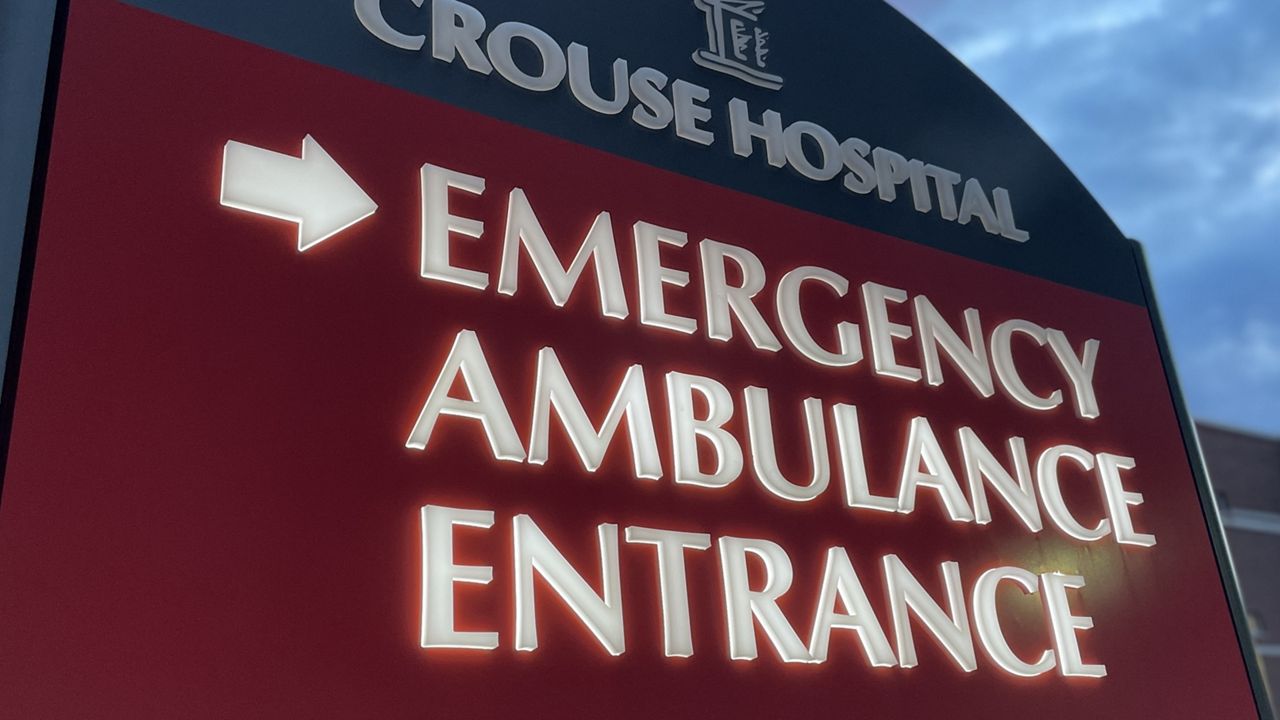 In April, Upstate Medical Hospital and Crouse Hospital announced their intention to merge. Upstate plans to acquire the private hospital, as it did Community Hospital 10 years ago. This would leave Saint Joseph's as the only private hospital in Central New York.

The community and employees on Monday night had an opportunity to ask questions directly to hospital leaders executing the merger.

Most comments were in support of a University-Crouse hospital merger at the first public meeting held in North Syracuse Monday night. About 15 of the more than 50 attendees reacted and asked questions about the prescription aimed to cure Crouse of its financial issues.

Patrick Mannion is chair of the Crouse Health Board of Directors.

"What we've learned over and over and over again is how personal health care is to everybody," he said. "We relate to the institutions based on when we need them the most. And that is something that's not lost on this leadership team at all, at both Crouse and Upstate."

The combination would result in approximately 13,000 employees working for Upstate. Crouse and Upstate representatives said part of the deal is that union employees, which make up 75% of Crouse Hospital, will not lose any of their current union benefits.

They also promise no job cuts.

"It was really about your ability to provide quality care, and when the Upstate folks say and we say that the intention is to keep everybody employed, we have well over 1,000 jobs combined, that we can't fill," Mannion said.

Peggy Chase is a registered nurse, as well as an Onondaga County legislator.

"If they don't have the staff to take the patients to hand them over, then the ambulance ends up in the parking lots of the hospitals," Chase said. "And with that, then you're eliminating an ambulance."

Upstate said they see 14 to 18-hour emergency room wait times. They believe that collaboration can help solve the issue.

Dr. Mantosh Dewan, Upstate Medical University president said, "Upstate has an old ED, but Crouse has a very new and very much better functioning ED that the merger will in fact be better for everybody."

The community will have another opportunity to ask questions at the next public meeting scheduled for 5:30 p.m. Thursday at the Southwest Community Center.

Upstate hopes the merger will be approved and completed sometime in 2023.