Blueberries for sale at the farm stand at Kubecka Farms. (Emily Kenny/Spectrum News 1)

A trip to the grocery store has become much more expensive these days, and while there are many factors that influence food prices, Kubecka Farms partner Levi Atwood says to name a few there are increases in fertilizer prices, supply chain issues and the cost of fuel. 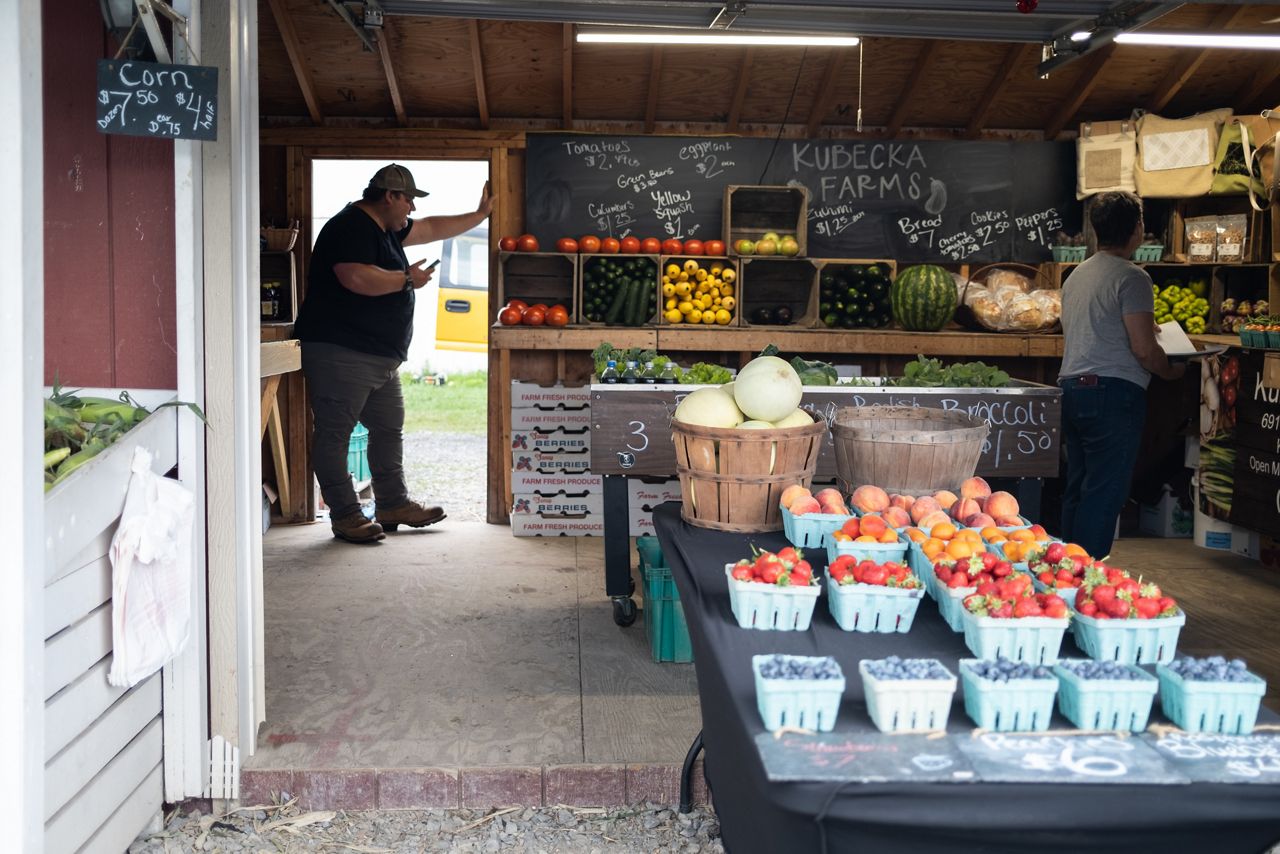 “Everything has increased in price at least 10%,” said Atwood.

Atwood’s uncle, Jeff Kubecka, has been farming in Kirkville since 1991, but the land has been farmed since 1840s and became Kubecka Farms in 1943.

Levi and his wife Kara Atwood run the farm stand while Kubecka prefers to focus more on growing. They produce a variety of crops including sweet corn, tomatoes, watermelon, broccoli and peppers. 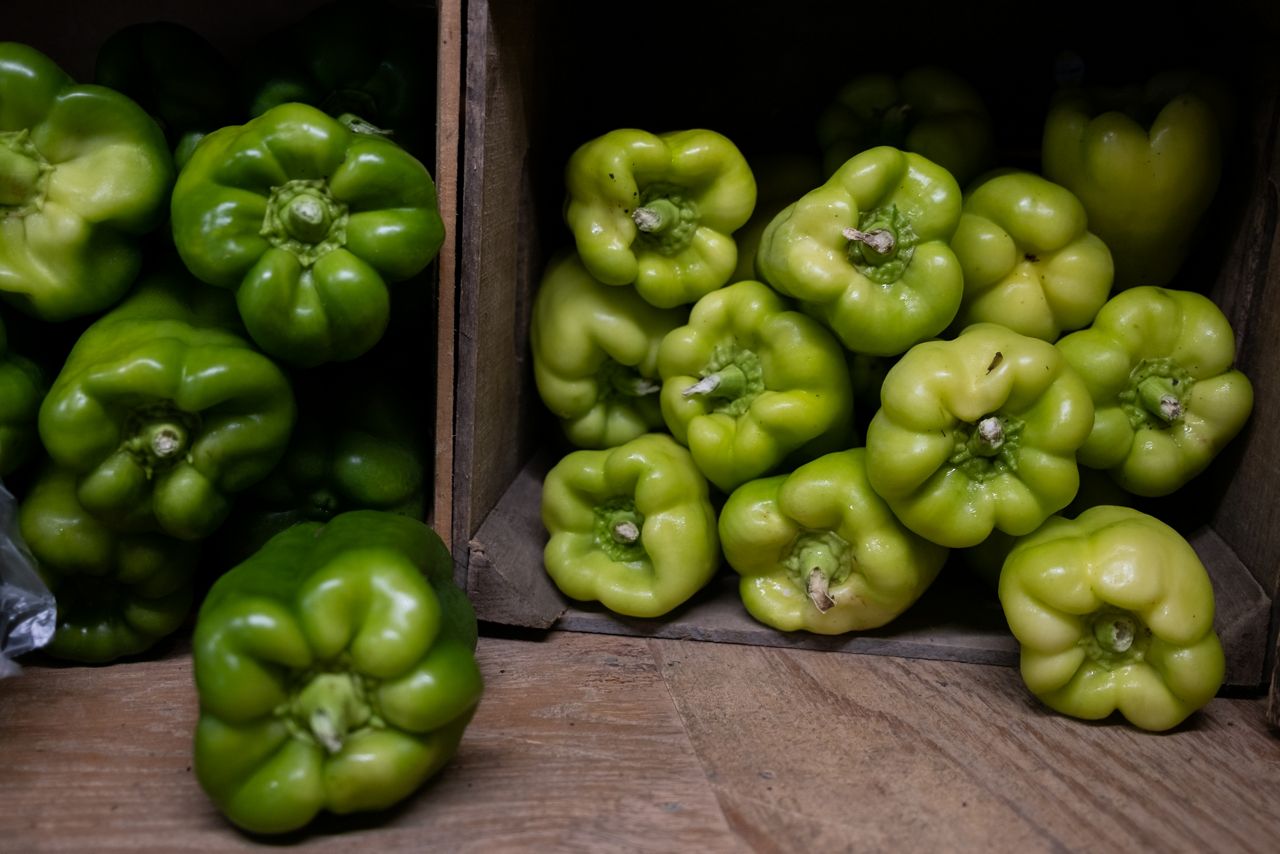 Peppers for sale at the farm stand. (Emily Kenny/Spectrum News 1)

With diesel averaging $5.58 per gallon in New York, Atwood says they are seeing what he calculated to be a 76% increase from last year.

Increases in packaging and seed prices have also influenced the prices they charge to sell their produce.

“Our average packaging costs for wax boxes, quarts, pints and clam shells, all that's up over 25%,” said Atwood. “The cost of general seed purchasing is up about 15% from last year. When you buy seeds, it's by the 10,000 count and for some of the bigger plots like the field corn, we buy 10 million seeds. That's really a killer when you're spending tens of thousands of dollars on seeds every year and then suddenly, with no real warning, it increases 15%.” 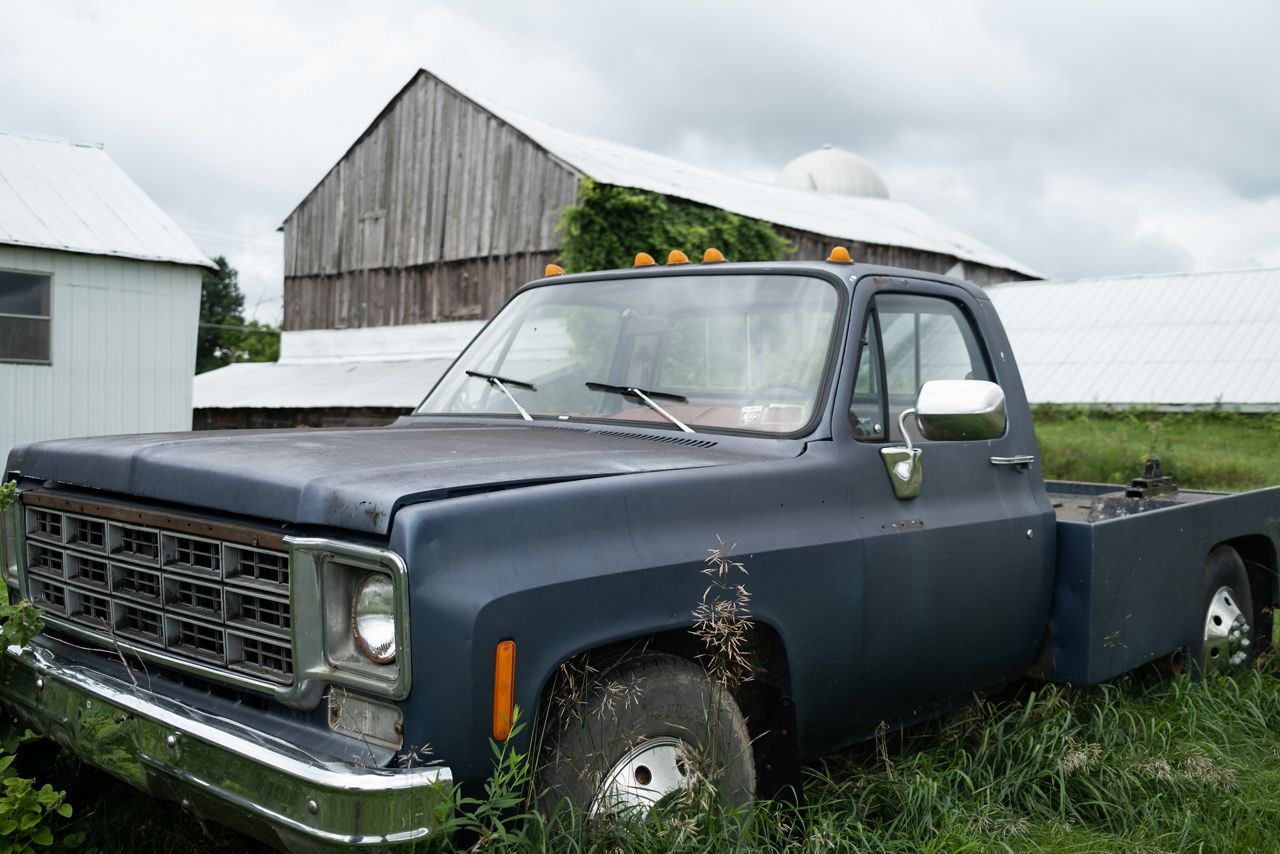 A truck that Levi still uses around the farm. (Emily Kenny/Spectrum News 1)

Fertilizer prices have increased 60% all around for Kubecka Farms, but it varies for certain ones, some have almost doubled in price.

“We were paying $110 per bag now we’re paying around $250 per bag, and it’s hard to get because there’s just not enough to supply,” said Atwood.

According to the USDA, fertilizer prices are at near record-high levels and may stay high throughout 2022 and 2023. The USDA says that while the U.S. is a significant producer of nitrogen and phosphorous, they still rely on imports for potassium-based fertilizers. As a large exporter of fertilizer, Russia’s invasion of Ukraine has exacerbated the already limited supply of fertilizer, according to the USDA.Atwood says they have increased their prices by about 10-15%, but they have also turned to other ways to save money to compensate for the higher expenses. 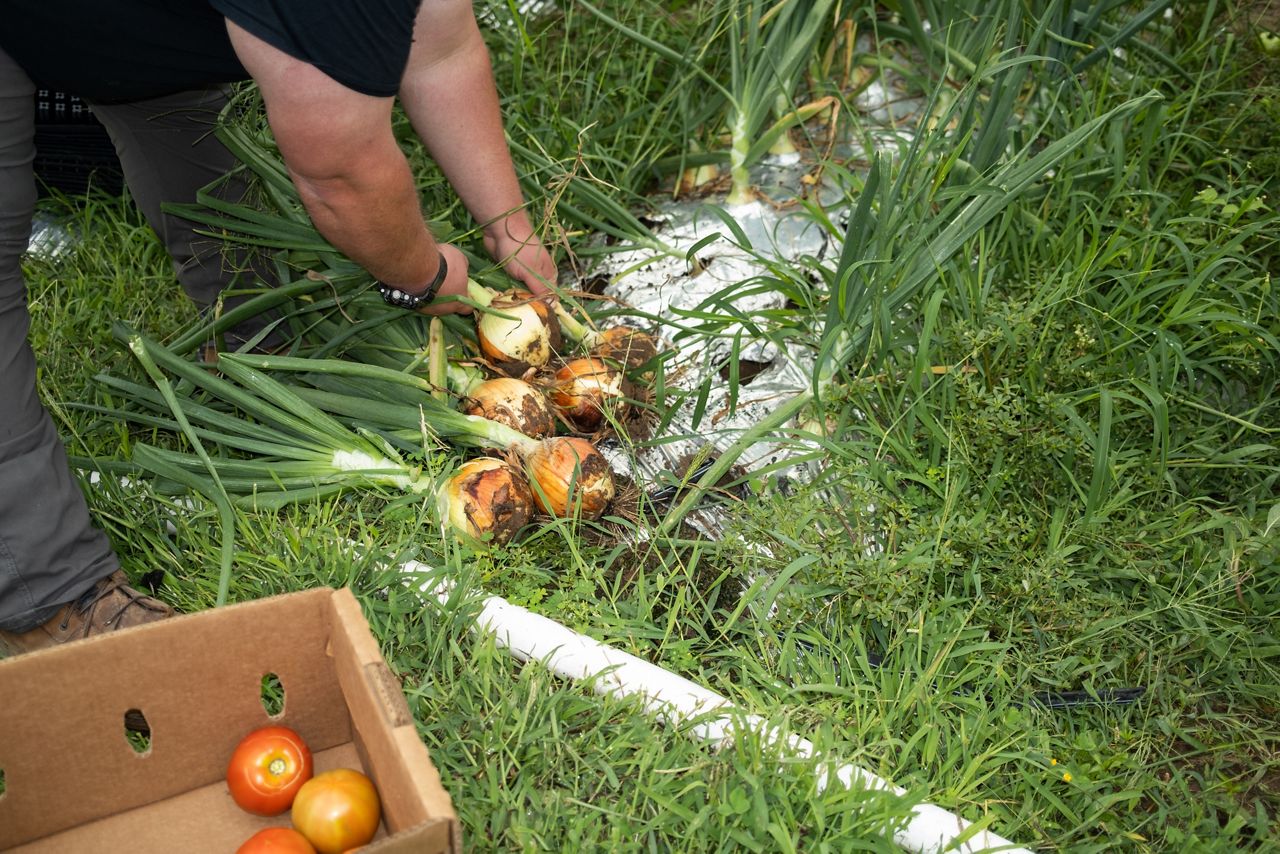 “We started our first little experiment into agrotourism last year with a fall festival because you need a secondary source of revenue now with costs, especially with inflation hitting us as it is, so we started this last year in anticipation of really going into it this year,” said Atwood.

They offered hayrides, pick your own pumpkins, movie nights, and a corn maze.

Additionally, they have used other alternatives to cut costs. One way is by using a no  till system. The traditional method for planting would be cover crops in the fall, plow, disk, spread fertilizer, and then smooth it out and plant over that. With a no till system, some steps are eliminated. 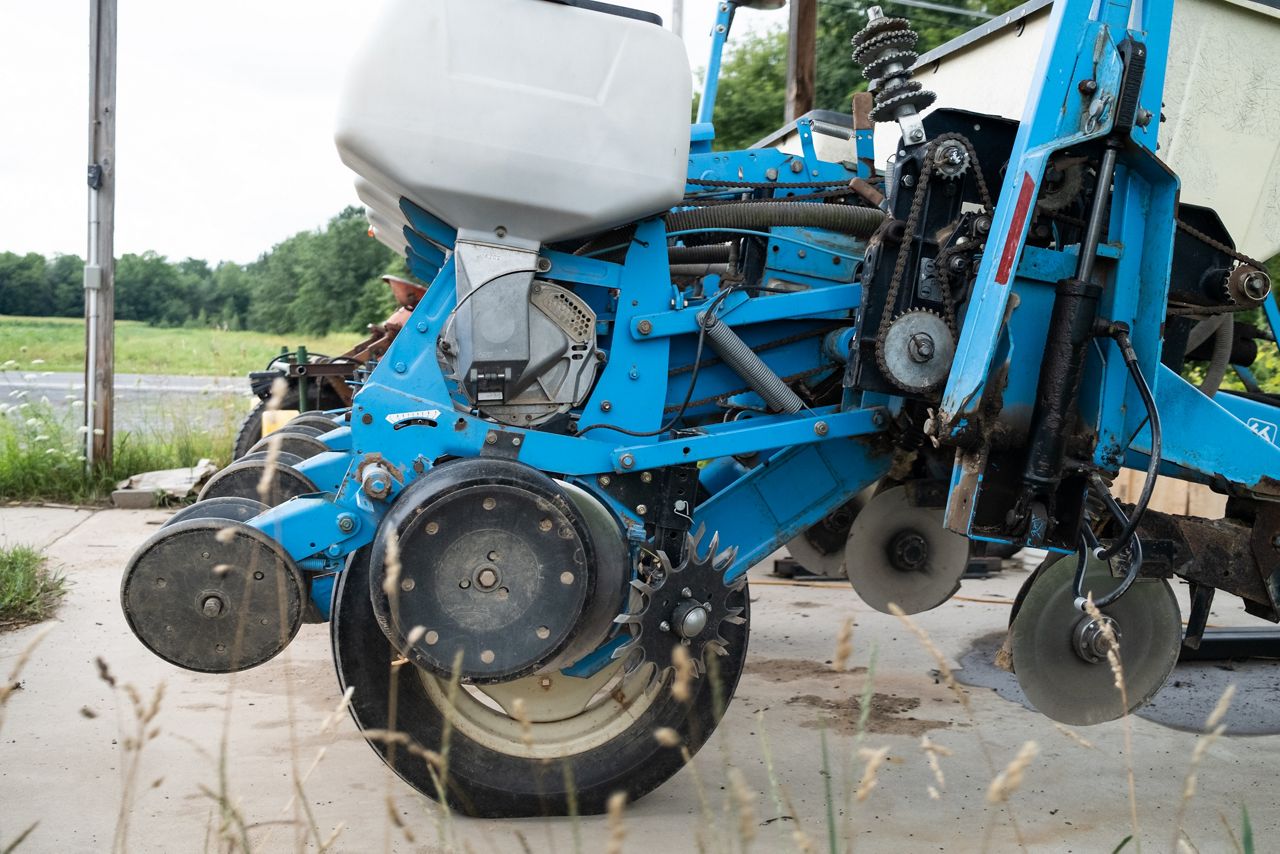 The no till system that was purchased by Kubecka Farm. Levi worked on welding pieces together on his own to save money from having it done professionally. (Emily Kenny/Spectrum News 1)

“What the no till system allows us to do is cut out some of those steps so I'm not going plow, which plowing costs a lot of fuel,” said Atwood. “I'm not going to have to disk or smooth and on a 12-acre plot, like planting our corn maze, it takes roughly six hours to do those three things, and I'm burning between six and nine gallons an hour of fuel in my tractor doing that. Now, by switching to the no till, I can come through and plant right over.” 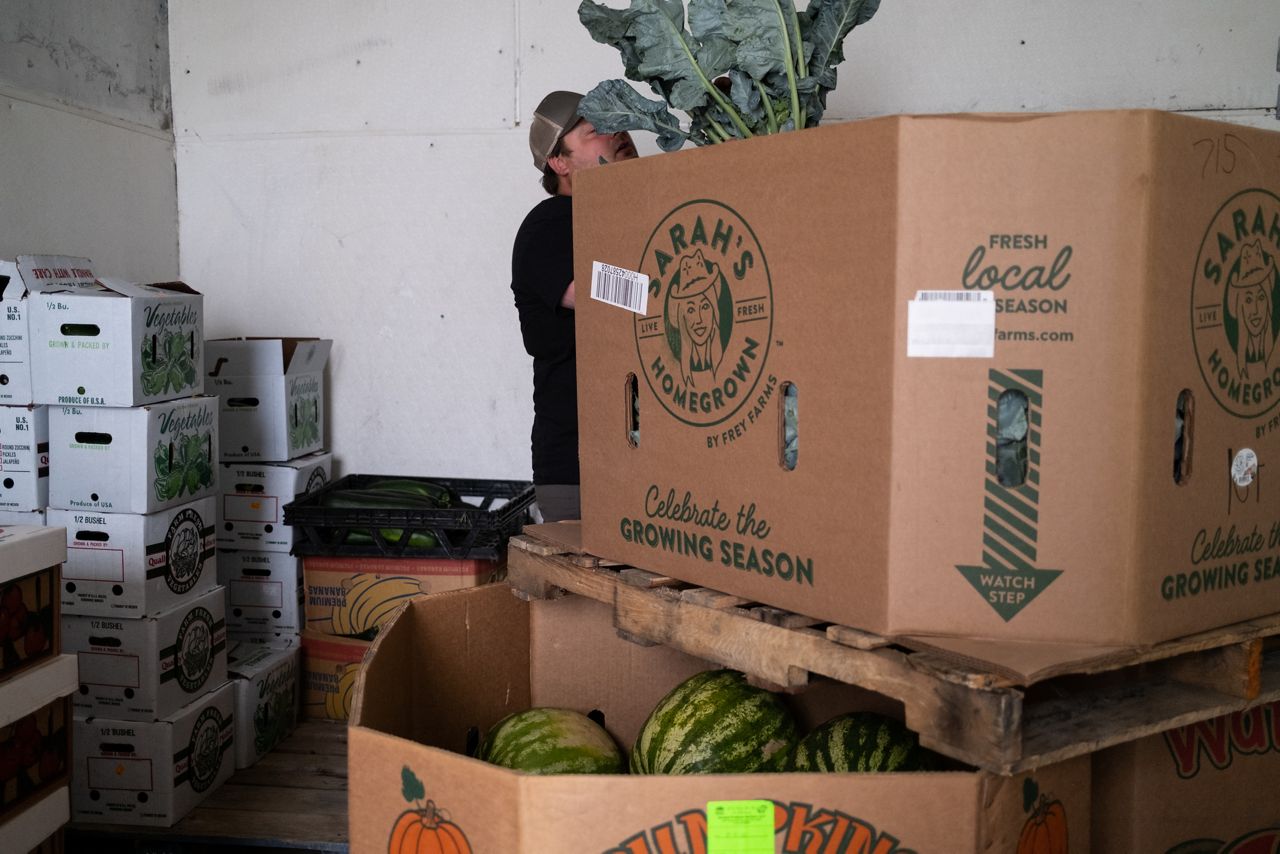 While the no till equipment was an investment, Atwood believes it will help cut their costs in the long run. It is also better for the ground as it preserves organic material in the soil, which is something Atwood said they struggle with due to the sandiness of the soil. 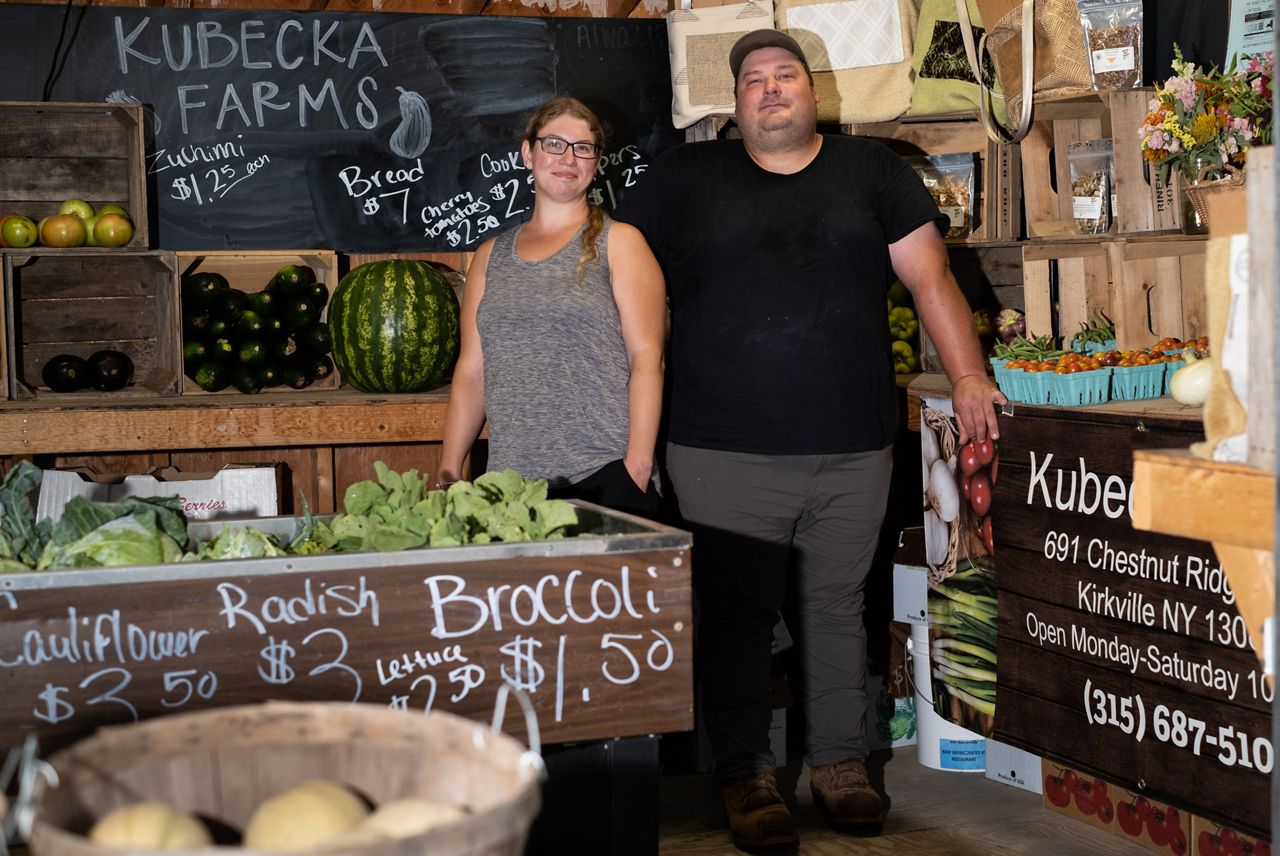 Levi and Kara Atwood stand for a portrait in the farm stand at Kubecka Farm. (Emily Kenny/Spectrum News 1)

Atwood said he believes they are doing what they can to keep from increasing their prices too much.

“We're cutting everything that can be cut out, we're not taking vacations, we're not having extra money, we're not buying new vehicles,” said Atwood. “I drive a rusted out, old Suburban, because it's the only thing big enough and cheap enough to run that I can go through the fields.”