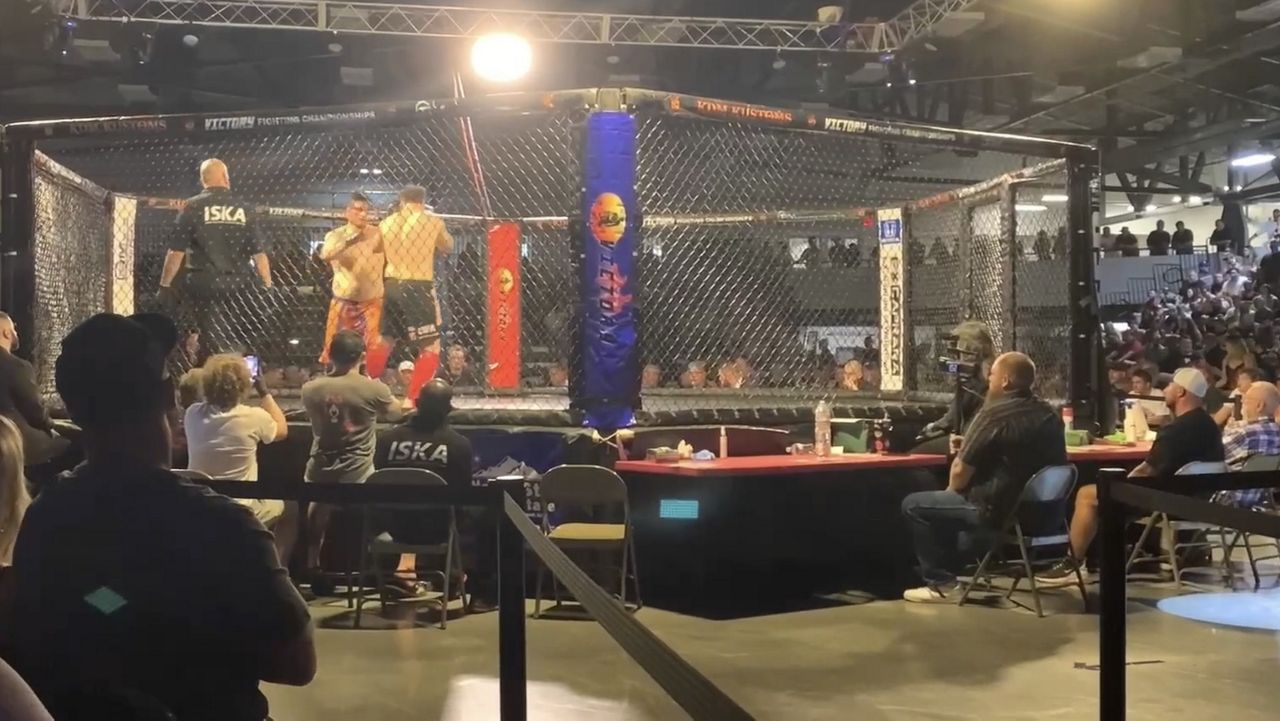 For Watertown mixed martial arts fighter, it's all about coming home

With more than 1,000 people rooting him on, hometown boy Jeremy Campos was living out a dream. He entered the octagon for his very first mixed martial arts fight on a card in Watertown.

“Everything over the last couple of months has led up to this moment," Campos said before the fight. "This is the make-it or break-it moment where all of the hard work I put in, all the extra hours I’ve put in, now is the time to show it.”

From the opening bell, Campos knew he was in for a battle, but he has never backed down from a fight.

“The main thing to get over is just getting in there and do it. Everybody gets scared, but it’s the people that do it anyway, even though they are scared, they’re going to be remembered, you know?” he said.

And that’s his goal.

Campos has never had an issue admitting he gets scared, whether it’s in the cage or in life. It wasn’t that long ago that he started this journey. But back then, it was about so much more than just sport.

“I started losing weight, mainly for my son. I got to the point I couldn’t play around with him anymore. I was out of breath,” he explained.

“Showing my son that I can do this is honestly a big motivational drive for me,” he said.

Motivation that after losing the first round, Campos brought to the surface as round two began.

“My wife has also been behind me the entire time. You don’t know the amount of hours I have put in here. She’s been with me, and she’s been with my son the whole time. I couldn’t do it without her,” Campos added.

And after what happened earlier this year, he and his family would need all of the support they could get.

“This was my son’s room,” Jeremy said looking at his former apartment that burned in a massive fire. “His car bed melted. Our bedroom window is right there. That’s where I lost a lot of my animals.”

On Feb. 28, Campos, his wife and son were rushed out of their new apartment. They had just moved in.

It may weigh heavily on him, but the truth is, there was nothing he could have done. Police would later make an arrest. A man was charged with arson and murder stemming from an incident in a neighboring apartment.

“I was able to save some toys that I could throw out the window, whatever plastic the ceiling didn’t melt to. I had to rip pieces of ceiling off of my clothes. I tried to save any sort of baby photos, anything I could find in there,” he said.

Memories, thoughts that for sure entered his mind as he got ready for the third and final round. If he wasn’t broken by now, he never will be.

Perhaps this night was not meant to be easy, but instead something new for him to overcome. He may have lost a decision, but he survived. He didn’t quit.

As he walks into his new apartment, he can hold his head up high and show his son, on his son’s birthday, that anything is possible.

Never take your eyes off the prize. The promoter of those fights, Victory CFC, donated some of the proceeds to Campos and his family to get back on their feet.

His next fight is Saturday, Aug. 20 when Victory CFC hosts a card at the Watertown Municipal Arena.