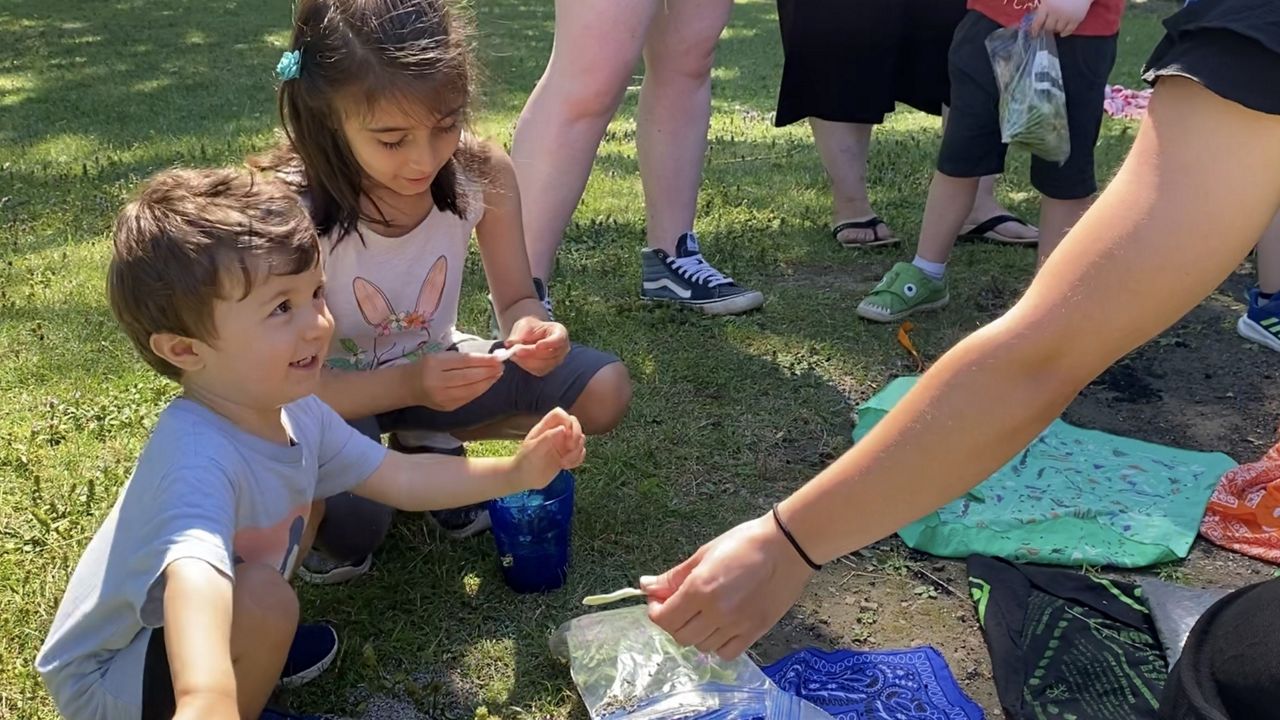 As summer vacation continues in August, it can be hard to get kids to keep learning and exercise their minds outside of the classroom.

But if you’ve been on social media lately, you may have heard of Tinkergarten, a series of classes hosted by local representatives meant to teach kids the art of playing outdoors.

Every Tuesday morning, a group of adventurous kids, including Jennah Diab, buzz around DeWitt’s Ryder Park.

“I like that there’s more space there than there is at a house. You get to run around, you can be as loud as you want,” Diab said. “Inside, your parents don’t really let you get dirty too much, but outside you can get as dirty as you want.”

“Kids learn a lot here, but what makes us different from school is that there’s no pressure to get the right answer,” said instructor Rebecca Rolnick. “They just get to explore and try things out, and see how it works.”

A nationwide group, tinkergarten aims at connecting kids with the outdoors through sensory engagement. Rolnick said she hopes Tinkergarten will help kids develop their own relationship with nature, especially in an era when kids are expected to understand complex environmental issues like climate change.

“That can create a lot of fear in relation to the natural world, so it’s really important for people of all ages to connect with nature on their own terms before being asked to save it,” she said.

Through scavenger hunts and hands-on activities, she hopes to use the summer break to teach kids the importance of learning not just in the classroom, but outside. The idea is to not only learn about nature itself, but also about the ways our brains process it.

This session, the focus, is on the five senses, and on a recent day, it was smell.

“Today’s activity was smelling and we made potions, we put water in them, we put them in cups,” Diab said.

Asked about spending the summer learning outside rather than in inside in a classroom, she said, “It’s a great class and I would recommend it.”

Rolnick said you don’t need to sign up for a class to get your kids learning outdoors this summer, stressing there are plenty of online resources to gather ideas for outside sensory play.

If you are interested in a Tinkergarten class, you can find one near you by visiting tinkergarten.org.