Refugee and Immigrant Self Empowerment (RISE) in Syracuse has been helping refugees and immigrants grow their own produce since 2016 at community gardens in the city and farms nearby. The program Syracuse Refugee Agricultural Program (SyRAP) is aimed at teaching refugees and immigrants how to grow produce in the Central New York climate through their partnership with Cornell Cooperative Extension. 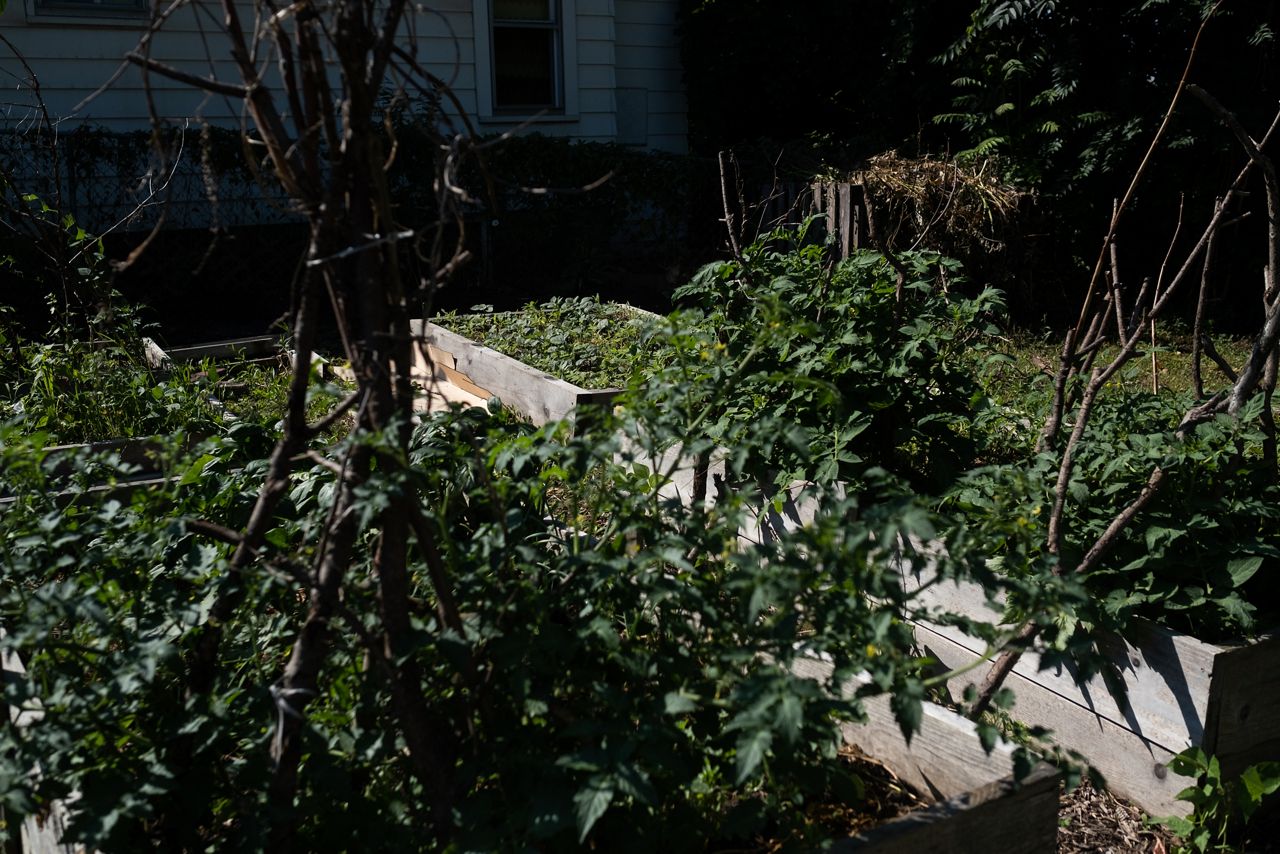 The program currently has approximately 40 participants from many different populations from Nepal, Somalia, Bhutan and Burma. In addition, many participants of the program are deaf.

“They call themselves DNAs, Deaf New Americans ... almost half of our farming program is deaf farmers, which is really great, but because of that and just working with people from so many places, we work a lot with interpreters for all of our classes,” said Lucy Spence, director of Agriculture Programs at RISE. 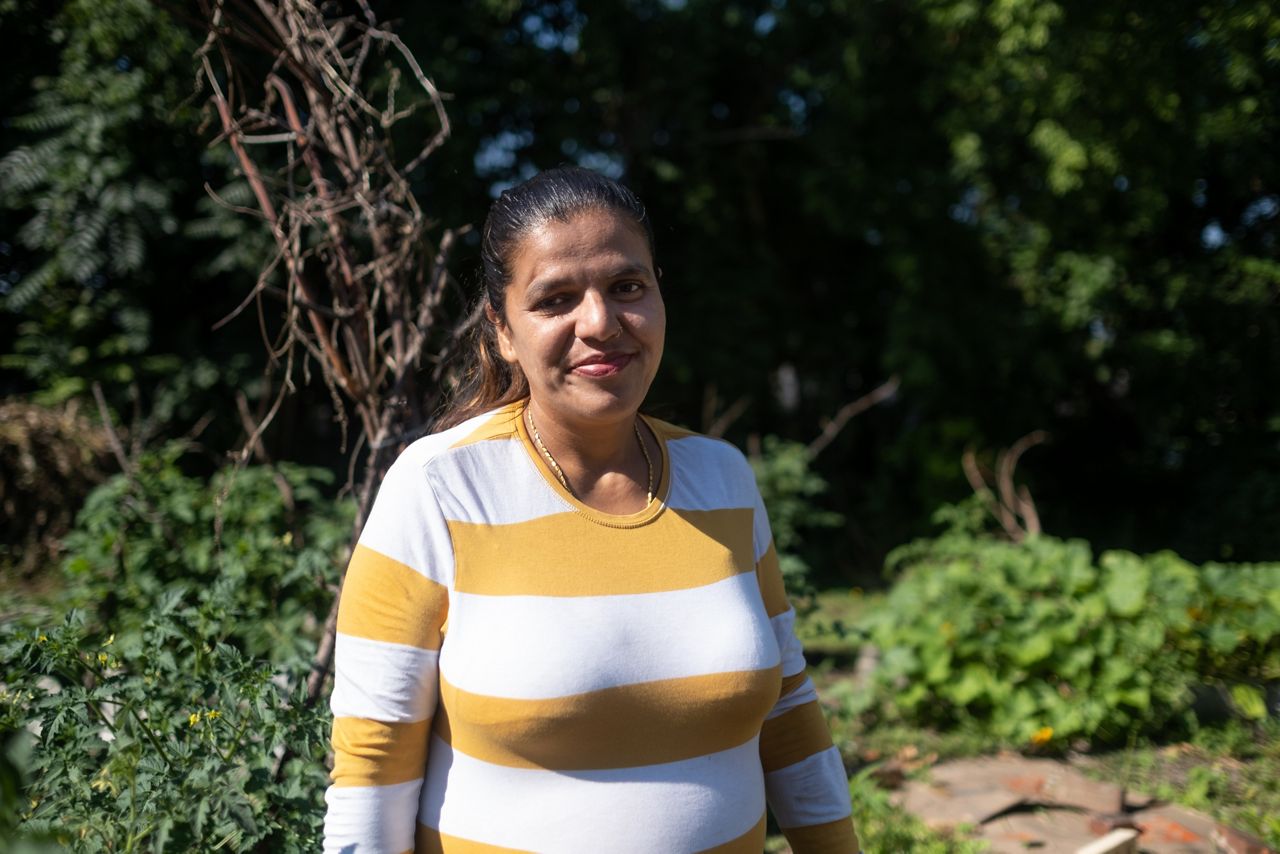 Manika Gautam, who came to the United States from Nepal, assists as an interpreter for some of the other Nepalese refugees and immigrant farmers. Gautam began growing in the community gardens in 2016 and now has plots at the Seward Street Community Garden and Salt City Harvest Farm. Now employed with RISE as a community coordinator, Gautam said she has met many friends working at the farm.

“I like to make curry, or soup and I distribute to my friends also. And like sometimes I cook and go to the farm, I like [to] distribute [to] everyone and eat together,” said Manika. 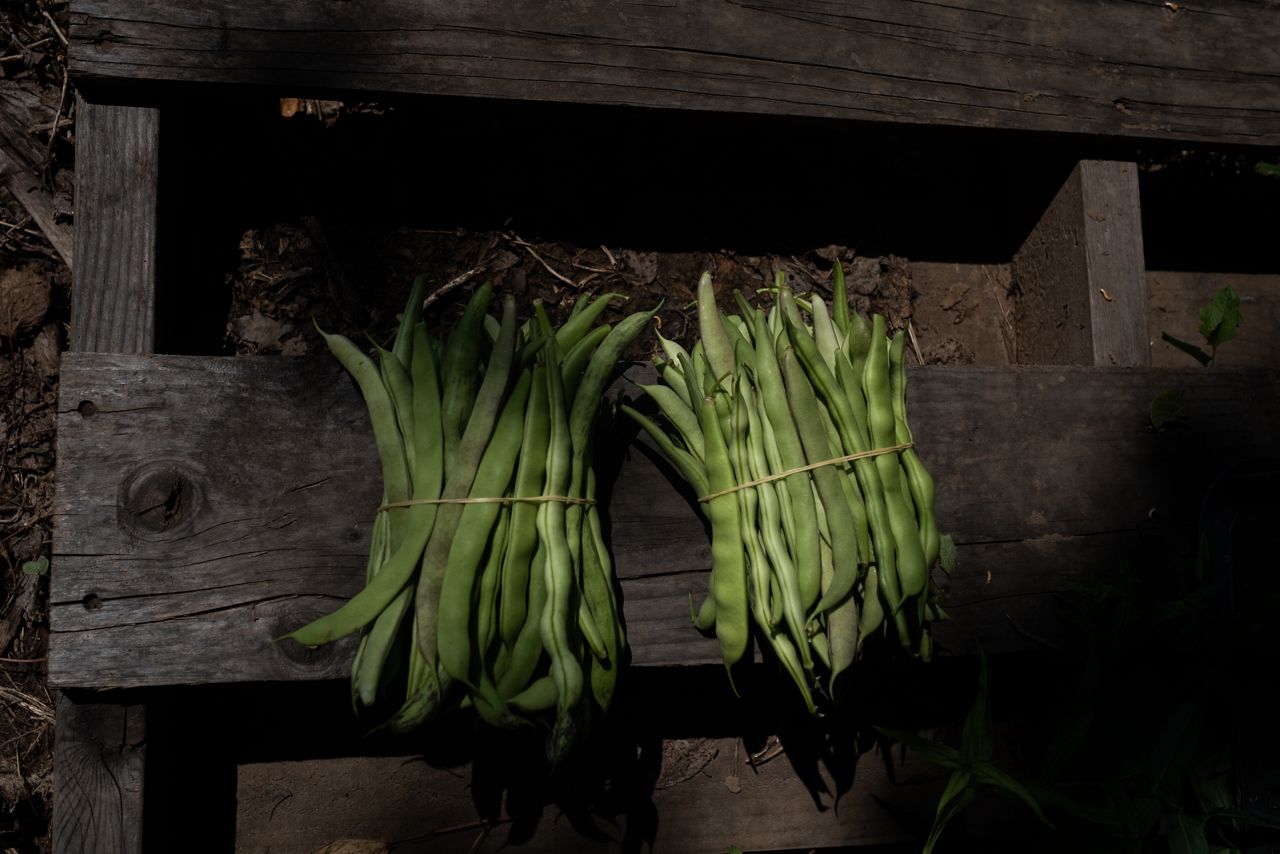 Beans that were harvest at the Salt City Harvest Farm. (Emily Kenny/Spectrum News 1)

Manika grows garlic, tomatoes, mustard greens, pumpkin and many other things on her plots. She also harvests enough that she is able to ferment, jar, and preserve the produce to be used in the winter.

“Like [with] mustard greens, I make a pickle-like Kimchi but Nepali language is gundruk,” said Manika. 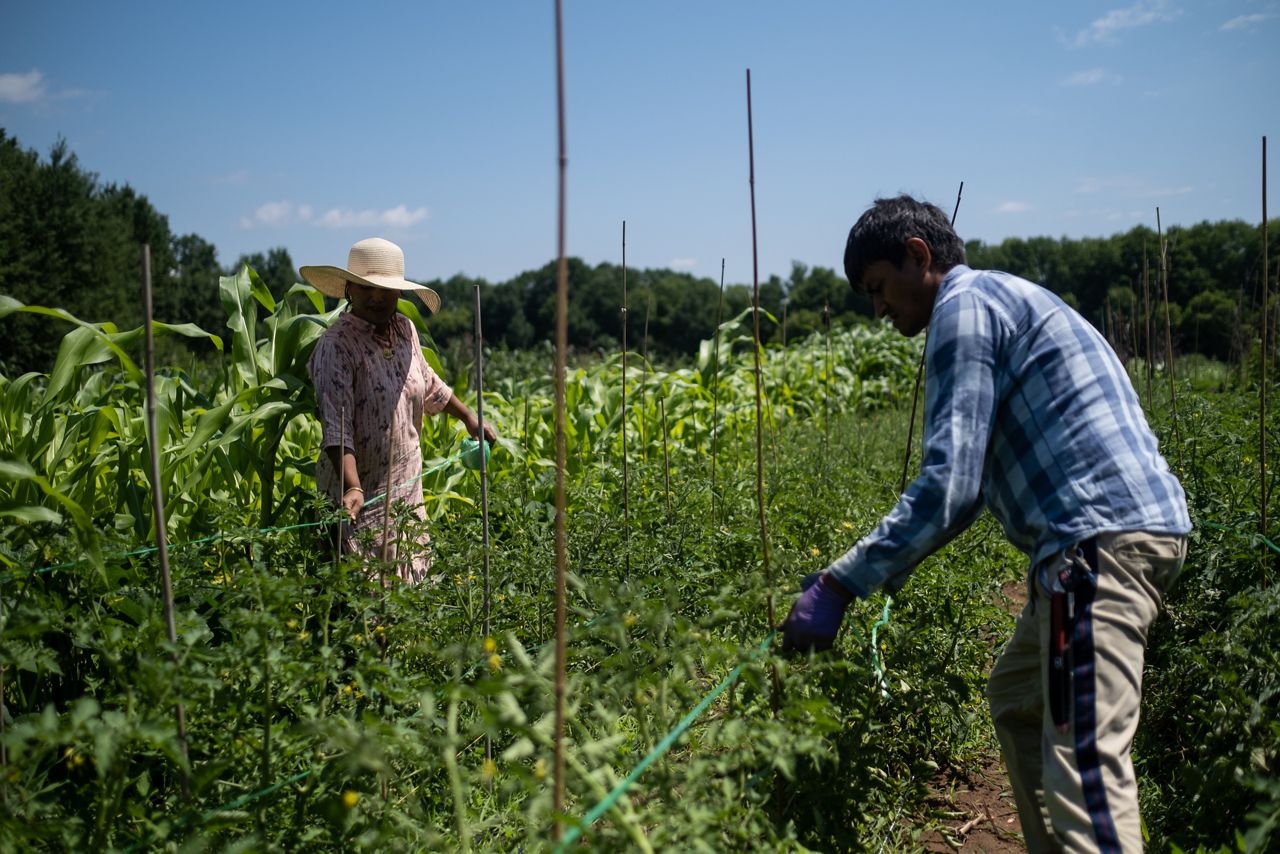 “Most of our farmers and gardeners are people just like Manika who have all this knowledge about how to preserve, dry and store things," said Lucy Spence. "They just need the produce to store it so by providing the space people can really provide for their family and lessen that grocery bill in the summer and a little bit in the winter too.”

Farmers who have plots at Salt City Harvest Farm or Matthew 25 Farm — both who partner with SyRAP — have the opportunity to sell what they grow at the CNY Regional Market on Saturdays to make a profit on what they grow. 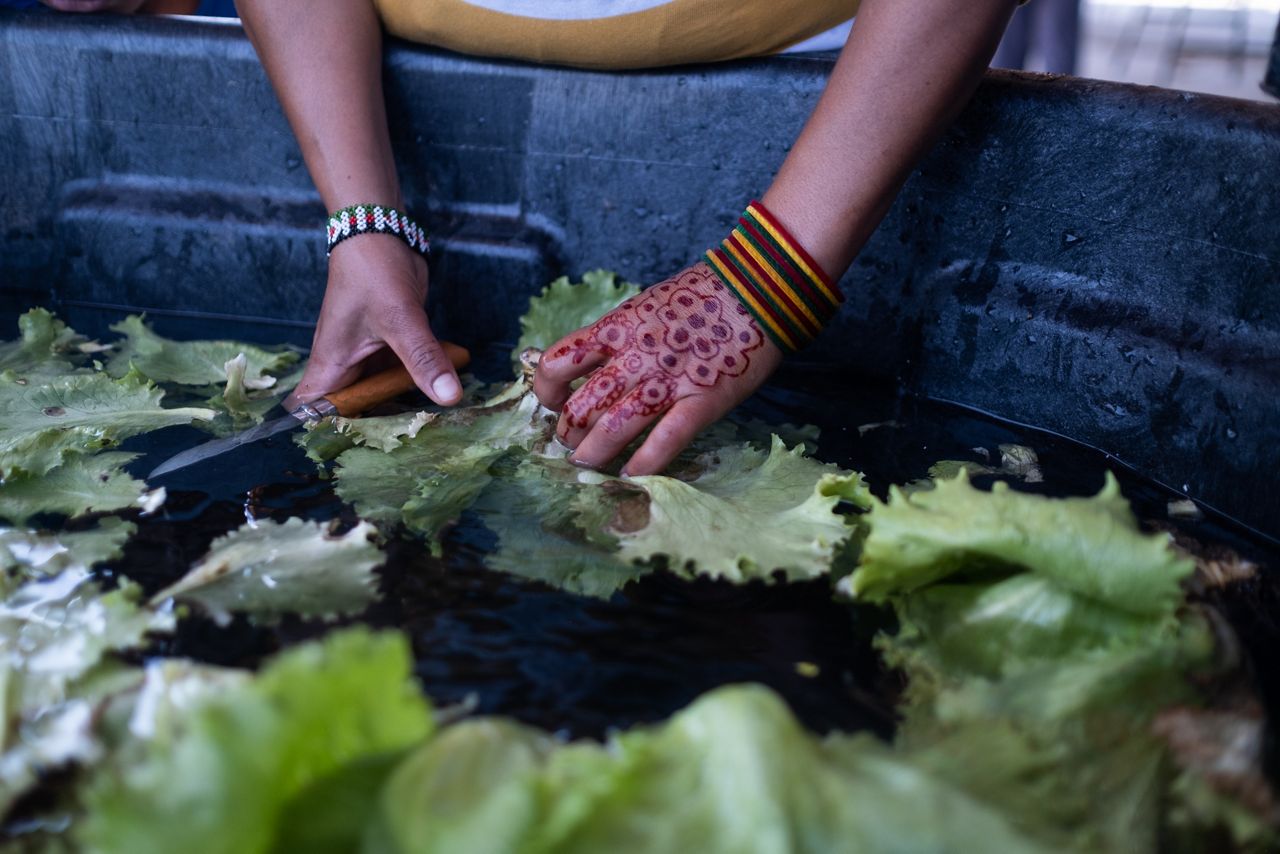 “We have a market manager who is someone just like Manika, who started in the first year of the program, and continued to grow with it over the last six or seven years, and then we were able to hire Ahmed to be the market manager,” said Spence. “So he manages getting everyone's produce harvested and bringing it to the market and then he's there at the market every Saturday, and then a farmer will join him to sell.”

In a new partnership this year, SyRAP is working with a farm in Tully to produce goat meat for local refugee and immigrant families to purchase and butcher through a community food projects grant from the USDA. 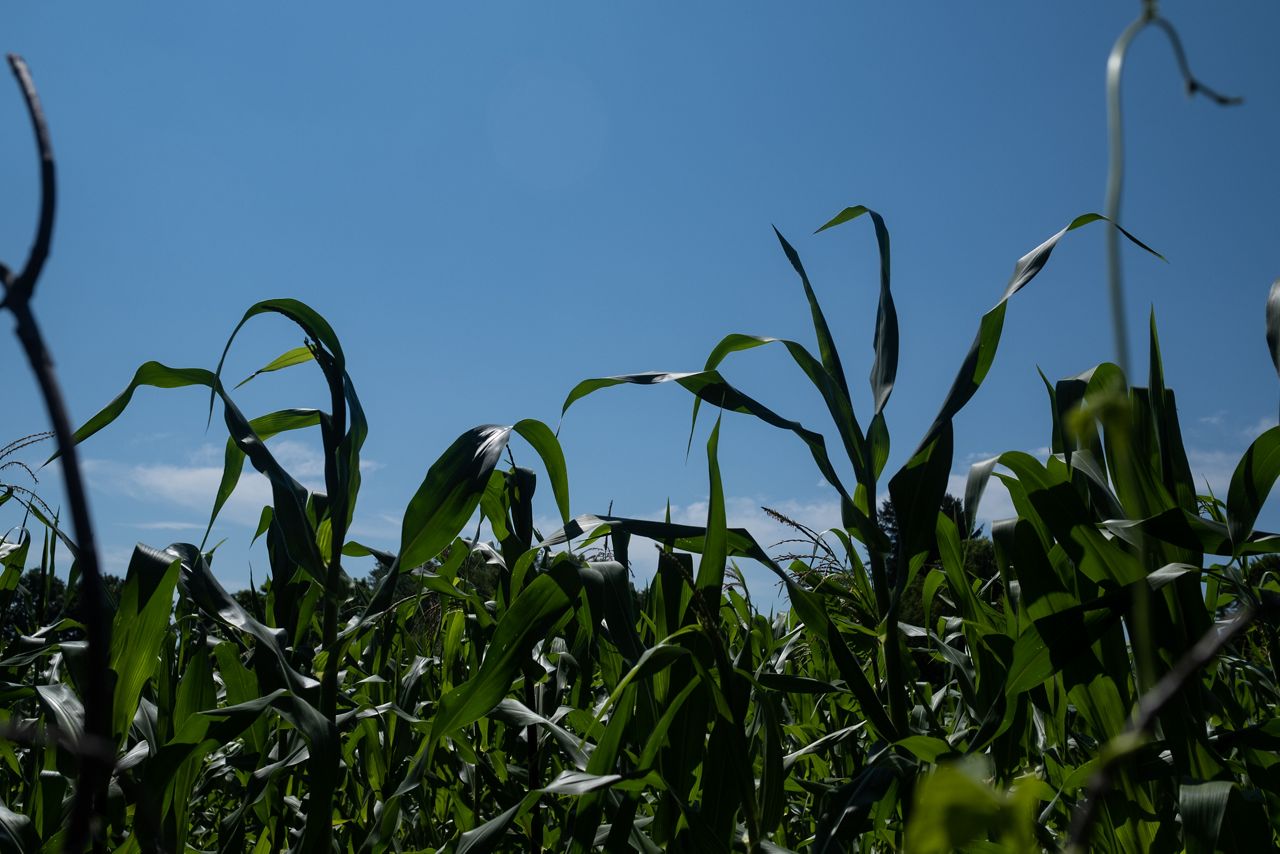 “People were saying in their home country, like many different countries, goat meat is really important, and it's something that they would eat all the time and here, a lot of the goat farms are one to two hours away,” said Spence. “They're owned by people who don't know the proper way to butcher meat or for a lot of people who are Muslim, meat has to be butchered in the halal style, which means butchered by a Muslim person, so that can't happen if not a Muslim person owns the farm.” 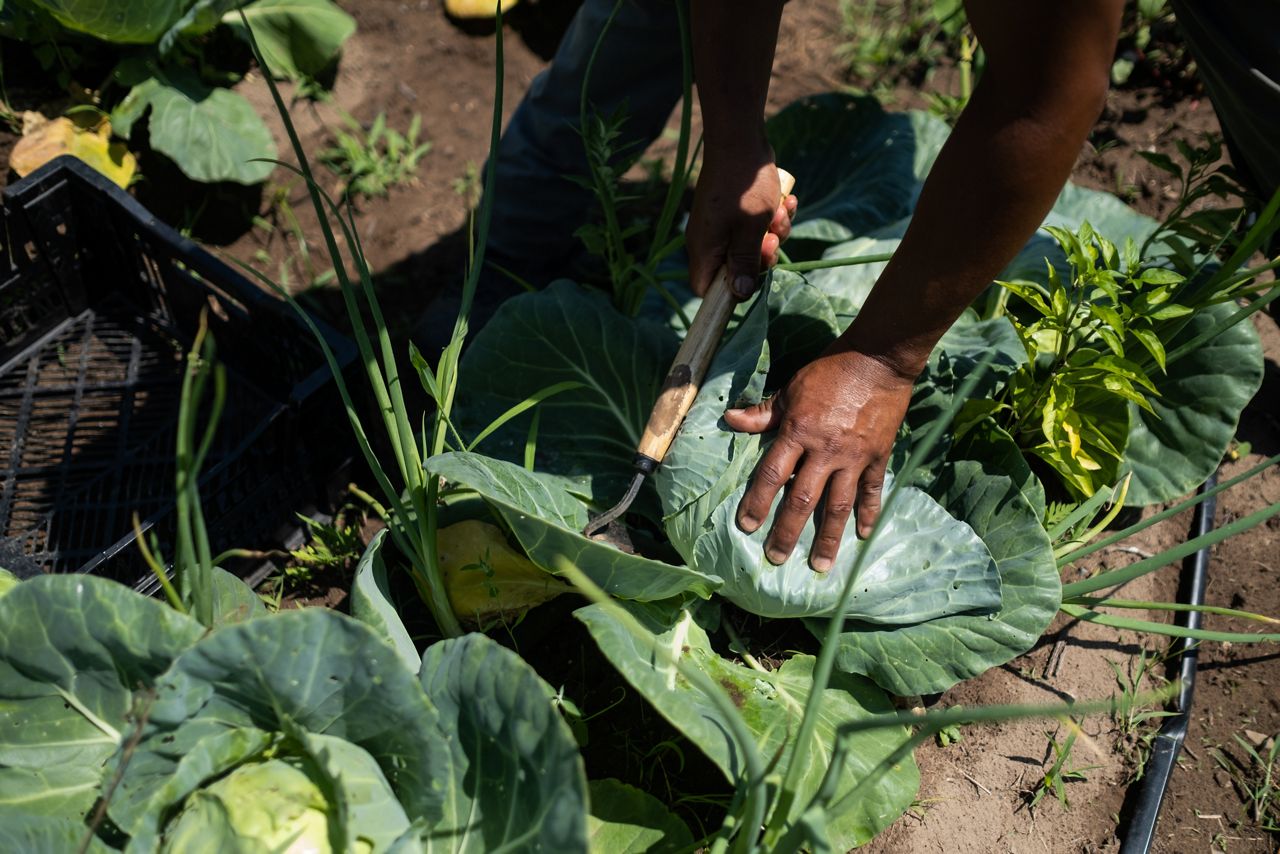 Education is an important part of what RISE wants to accomplish with the SyRAP program so they have four people who work as apprentices at the goat farm learning about goat husbandry, and how to run a business.

“The idea of this whole grant is that RISE is starting the program, providing this staff capacity, managing the grant that's letting us start the whole farm,” said Spence, “and then at the end of the three year period, which will be September of 2023, one of the apprentices will take over the farm and RISE will step back and be there for advice and support, and one of the farmers will own the business and be able to run it because that's really how it should be.” 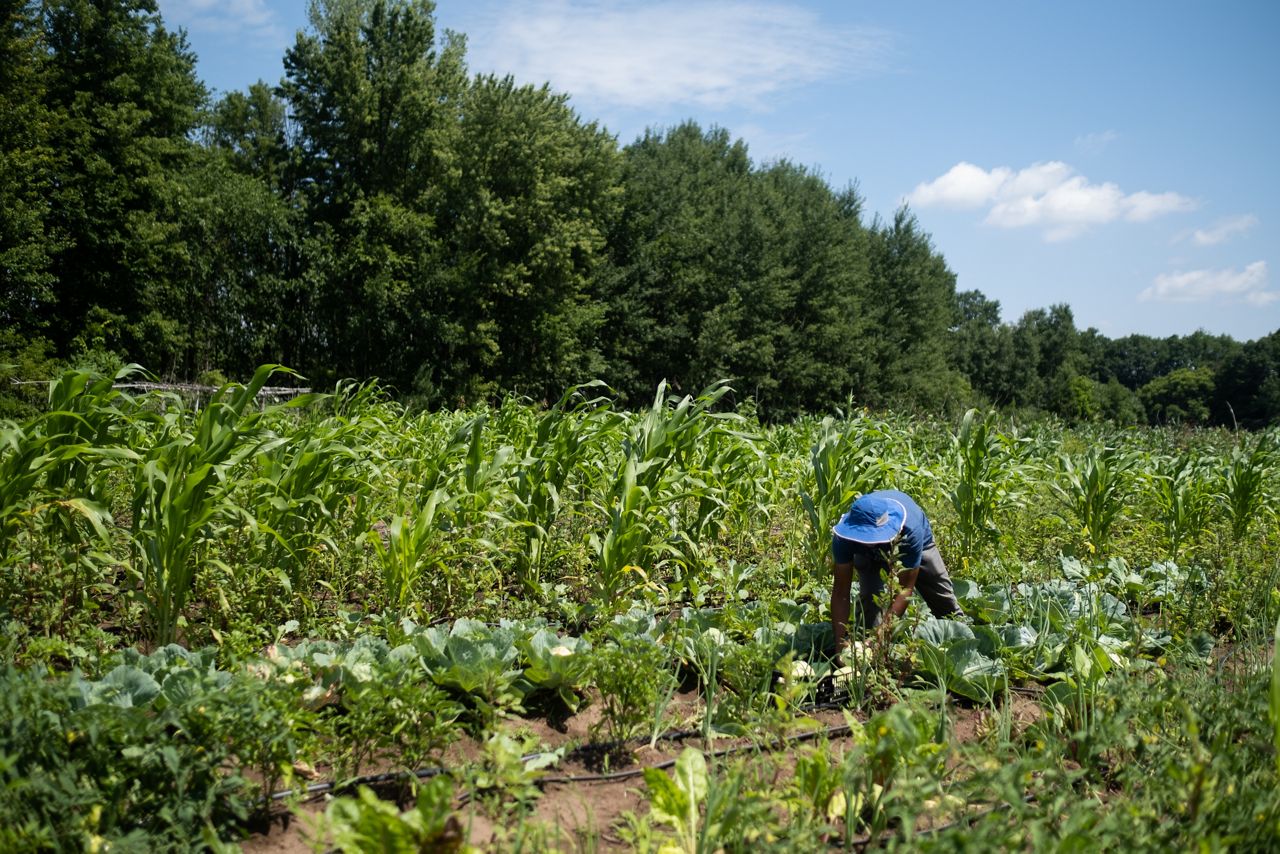 Manika and her family purchased and butchered a goat a few weeks prior. She has many ways to prepare the meat for her family, including preserving and grilling it.

“I sometimes like barbecue,” said Manika, “I love it.”

“It's been focused on empowering people, helping people improve their own food sovereignty instead of just giving something,” said Spence. 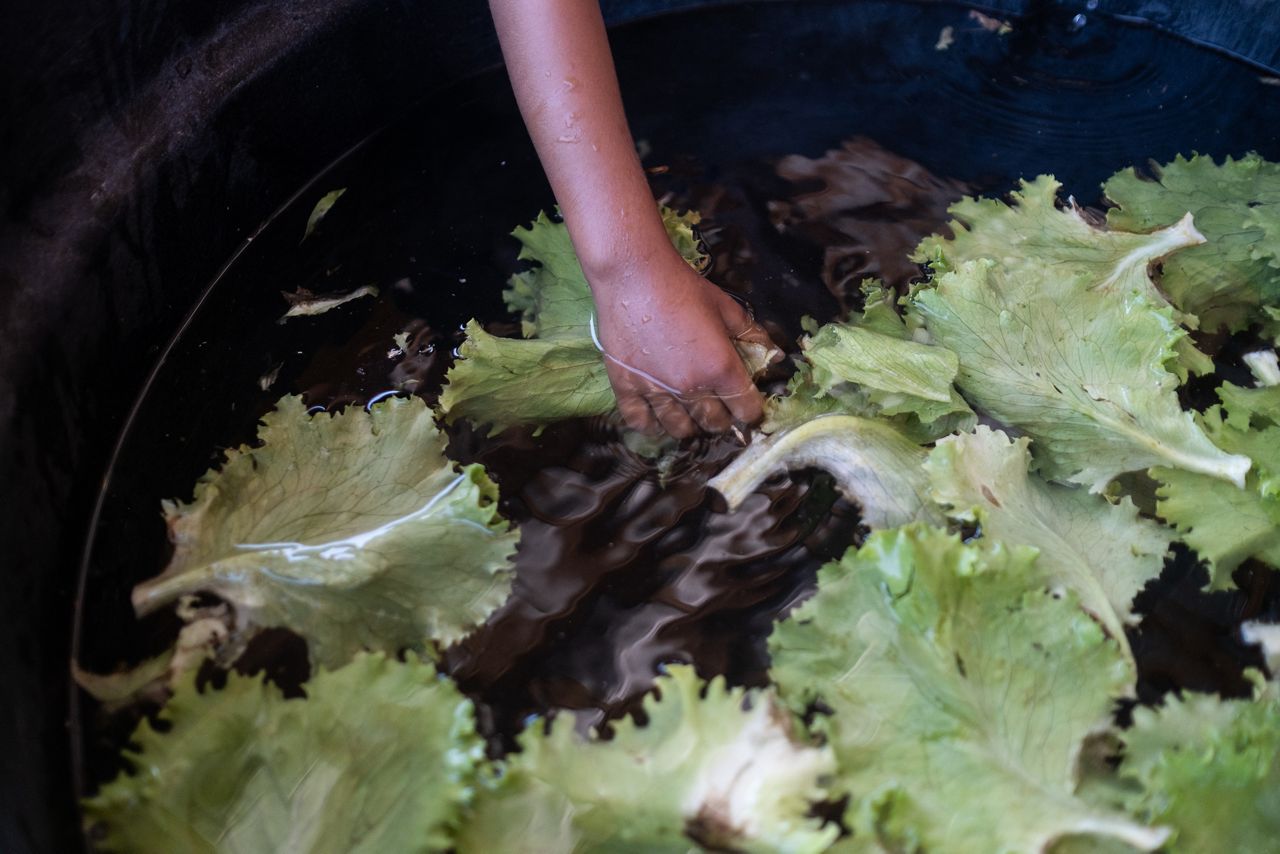 Manika's son plays in the water while she prepares lettuce to be sold in the harvest share boxes. (Emily Kenny/Spectrum News 1)