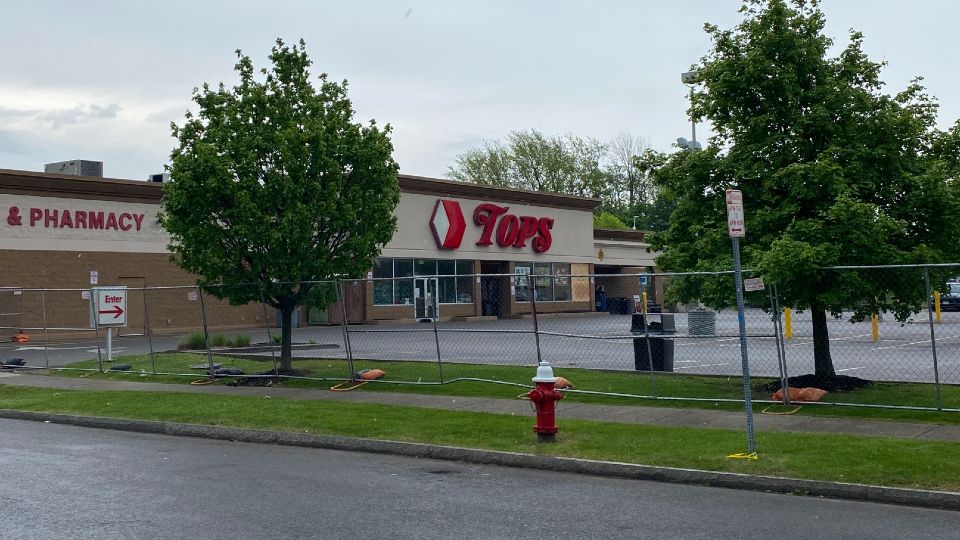 In the days after the killing of 10 people at a Buffalo Tops market, a mass shooting task force in Central New York reconvened their collective expert resources to work to stop such tragic events before they occur.

Preventing mass shootings is on the minds of local leaders. Onondaga County District Attorney William Fitzpatrick is proactively trying to ensure police and stakeholders work together to prevent mass shootings in the area.

“We had about 65 members, a phenomenal group, a cross-section of the community," Fitzpatrick said. "Law enforcement, mental health professionals, teachers, students, administrators and school safety experts. So we’ve got some great local resources.”

“We have to stop just responding to mass shootings," Schildkraut said. "We have to work to actively prevent them. We know that for not only mass shootings, but all gun violence, there are things that will work. We know that universal background checks will help to keep firearms out of the hands of people who shouldn't have them, not law-abiding citizens, but people shouldn't be disqualified under the law. We know that red flag laws can be used effectively to remove firearms in cases where individuals pose an imminent danger to themselves or others. We know that safe storage helps to save lives. There are so many things that we could be doing that we're not doing enough of.”

This recent effort is a continuation of a task force Fitzpatrick formed in 2018. They hammer out best practices for schools and public areas.

In their more recent discussions, they covered standardized school lockdown drills so police get to know the physical layout of every school in their area; a record of all mass shooting threats; and red flag laws, or extreme risk protection orders, also known as ERPO’s.

This includes a new initiative to create a tool for law enforcement to carry, like they do a Miranda card: an ERPO card.

“He or she will be able to reference this card to see who's eligible," Fitzpatrick said. "What do I need to show? I'm going to have the number for the on-call assistant district attorney, going to have a judge on call if it's an emergency so we can get an order immediately.”

Another new initiative the task force is developing is a fusion center. Stakeholders from the area would meet once or twice a year to share how many ERPO’S were put in place and how many were attempted and failed and why.

The fusion center would be a clearinghouse of communication to share knowledge and other information.

“Because one of the challenges that we see in these mass violence events is a lot of different stakeholders have information, but that information sits in silos and so we really wanted to think about a way that we could break down those walls,” Schildkraut said.

Fitzpatrick said the fusion center is a way to educate other stakeholders and share information. It will have a greater focus on the expertise of mental health professionals.