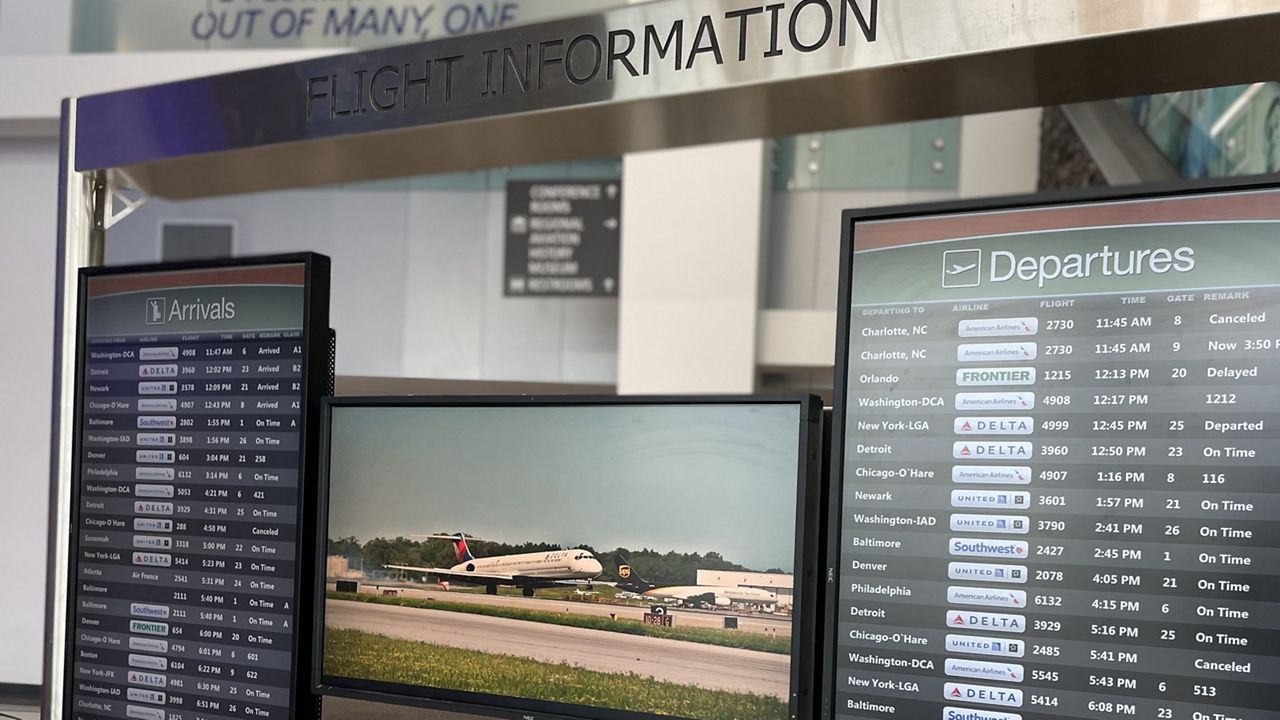 What's causing air travel troubles and how to avoid them

It's a different kind of sickness for airline passengers this summer, with symptoms including flight delays and cancellations that ruin special events and leave people stranded.

Millions of Americans are preparing to fly out for a busy holiday weekend. Travel experts said this Fourth of July will be the busiest in three years.

But air travel is already plagued by delays.

For Quincy Atkins, his four-hour travel plan from Miami to Syracuse lasted a lot longer than that.

“I got about 10 delays, and then they finally put me on a flight to Charlotte," he said. "And then I didn't have a connection from Charlotte to Syracuse. So I got canceled, no hotel no nothing.”


Quincy is far from alone.

Flightaware.com reports that Monday in the U.S., there were 7,434 flights delayed and 966 canceled.

Travel consultant Lynn Kistner said there are a lot of reasons for the issues.

“A cancellation or delay due to weather, it's a domino effect. If the flights are delayed, then you're running into, you don't have enough pilots because they're timing out, because they can only fly so many hours," Kistner said. "They offered pilots early retirement, you know, at the beginning of the pandemic. Of course, they took it, which I don't blame them. But now, you know, it's not like you can just go get somebody off the street and say, 'Hey, you want to fly a plane?' You know, it takes a few years of training to do that.”

Atkins said a flight that was already delayed earlier in the day from American Airlines left an hour after his flight was supposed to leave for Charlotte.

Airlines for America, which represents the nation's largest airlines, has requested a meeting with U.S. Transportation Secretary Pete Buttigieg to discuss finding resolutions for the operational issues.

American Airlines and United announced this month they are eliminating more than 50 flights combined from airports in New York and New Jersey.

To make sure there's room, Kistner suggested booking your flight months in advance, making an early seat selection and arriving two hours early for domestic flights and three hours early for international ones.

“You want to make sure that you reconfirm your flight before you even head out," Kistner said. "Also, smaller regional airports, for example, like Syracuse, typically have more cancellations than the bigger airports because they're running the smaller jets.”

Having multiple backup plans or a travel agent advocating for you could help.

"I had a group that came back from Jamaica and they got stuck in Philadelphia," Kistner said. "The flight even got canceled before they even left Jamaica. And so I rented SUVs, and they all drove home."

The number one key to smooth travel is patience, she said.

“And you can scream and cry and you know throw a fit, but you know it's not going to help you," she said.