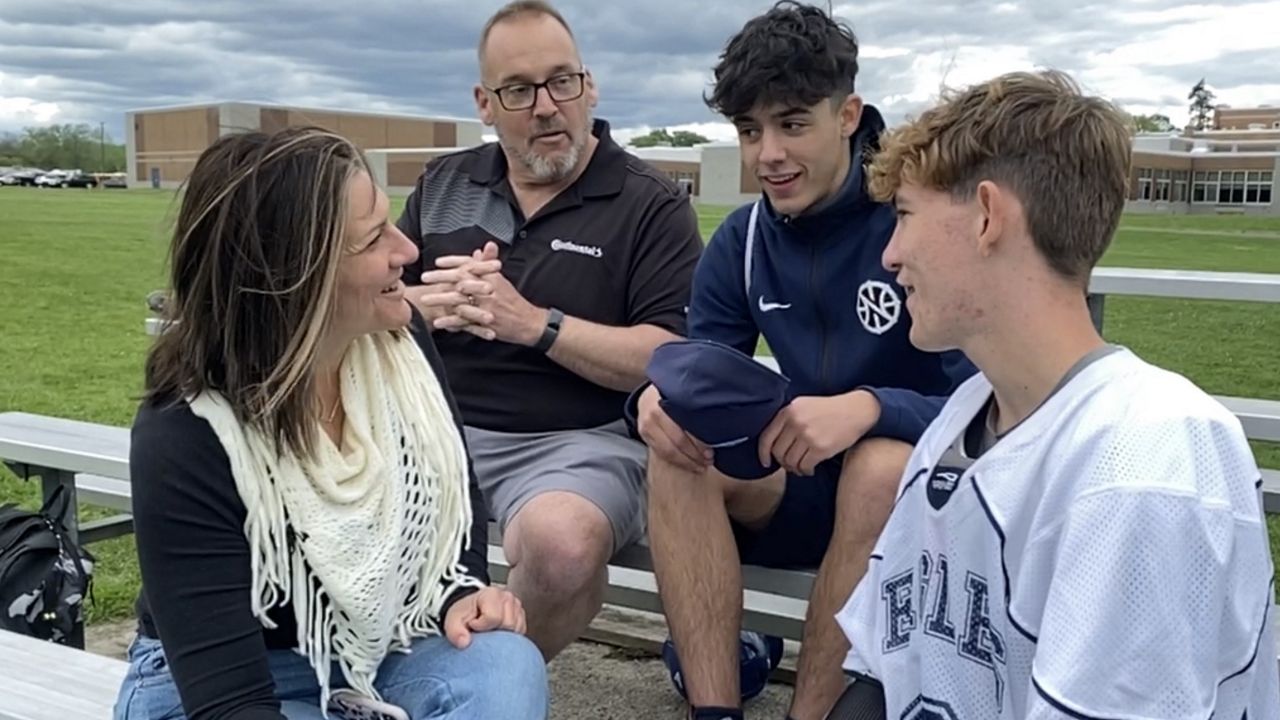 Being an exchange student can already be challenging, but finding a host family is now becoming increasingly difficult, according to those involved in the process.

Exchange programs require a family willing to host a student and a school willing to participate.

It was at about 4 p.m. at Jordan-Elbridge Middle School, and for the Gustafson family, that means a busy evening of practices and games on opposite sides of the athletic complex.

They’re just like any other family sitting in the bleachers, but there’s one difference.

“I am from Spain. I live in Madrid,” said Alonso Garcia, an exchange student from Spain.

Garcia came to the U.S. last fall as an exchange student from Spain, and the Gustafsons are his host family.

For Gunnar Gustafson, who took a break from lacrosse warmups, having another kid around the house has been a unique opportunity.

“It’s a lot more fun with other people around and not just me,” he said.

He said he and Alonzo have learned a lot from each other.

“It opens a lot of peoples' perspectives, and I think everybody needs to see different perspectives of things and experience other cultures,” he said.

His mom, Annette Gustafson, said that’s exactly what she was hoping for.

“My son is an only child, so we thought it would be great for him to see what it was like to have a sibling and learn a lot about other cultures,” she said.

She said her family has hosted multiple students, and encourage other families to take it on.

“It’s one of the best experiences that you could have,” she said. “You learn a lot from each other, and if we can do it as a family, anybody can. We have very busy lives.”

Chris Gabel is responsible for matching exchange students with families. He said lately, it’s been tough to find families and schools willing to participate in the program.

“Pretty much, it’s COVID,” he said. “A lot of schools don’t accept students right now, so I was very glad that Jordan Elbridge did say 'yes.'”

Garcia said he’s glad too, and he hopes other families and districts will step up so that other students can have the experience.

“This experience is only once in a life, so if you can go here for a year, you should because it’s not like anything you’ve lived before,” he said.

Gabel works with the international student exchange and said he has only a few willing host families. They are looking for more families for the coming school year. Anyone interested in hosting is encouraged to reach out.