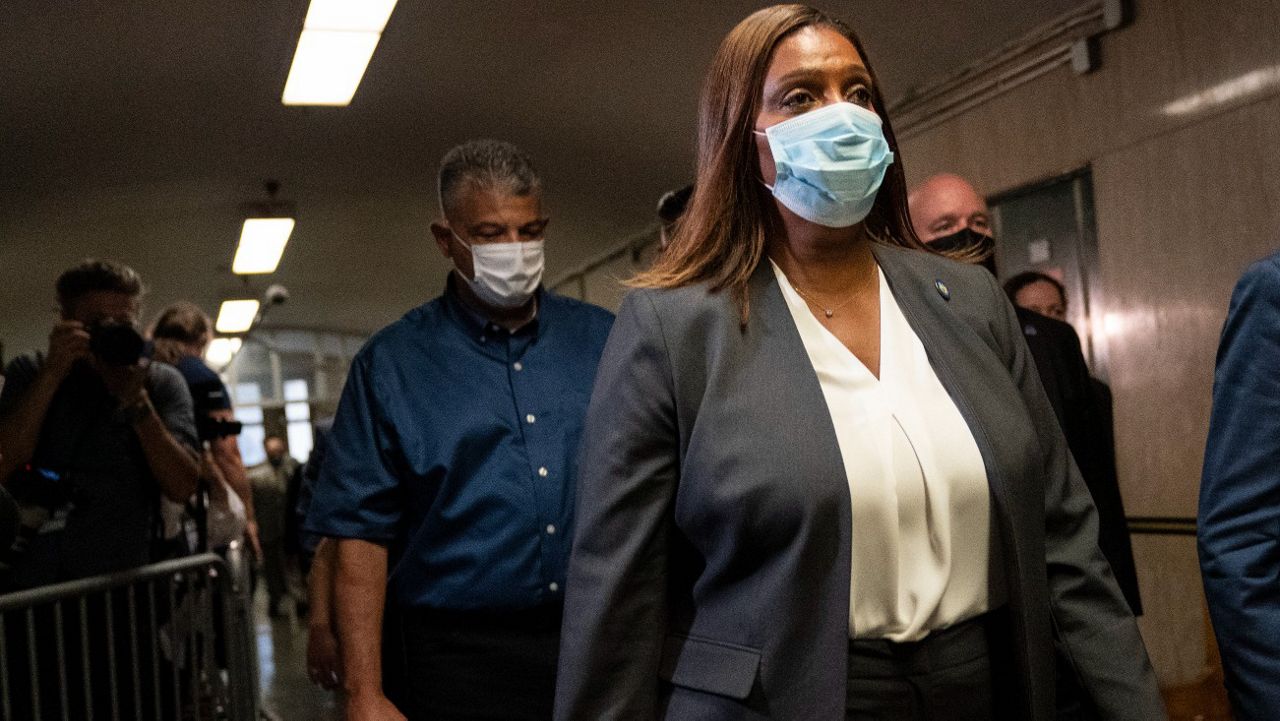 Advocates and officials alike are eager to put the extra $800 million for mental health funding included in the latest state budget to good use. But it could be weeks, or months, until agencies can put the legislated mental health supports in motion, pending governmental red tape for the state and federal monies.

"What are we doing to ensure that private hospitals are sharing the burden of caring for individuals who are suffering from mental illness?" James said near the start of the hearing, which lasted several hours in evening.

"I think you're raising a critical issue," replied witness Ron Richter, the CEO of JCCA.

More than 42% of U.S. adults have symptoms of anxiety or depressive disorders, according to U.S. Centers for Disease Control and Prevention — a figure that has more than doubled since the start of the coronavirus pandemic.

New Yorkers are no exception, with James saying there are fewer than 5,000 psychiatric beds statewide, and 247 for children.

The shortage is forcing people in mental distress to be turned away from emergency departments, especially children and young people. Some suffering with mental or behavioral health issues are going to emergency rooms three to four times, waiting two to seven days for an inpatient bed.

Children and uninsured patients are frequently turned away for mental health care because of a lack of access, education or language barriers.

“Things like Buffalo and Texas, with children getting killed, are happening when we have the warning signs about young people who are struggling mightily and end up harming others,” Richter said. “We don’t want to see that happen ever again. We know the warning signs. We just are not affording the treatment.”

About 400 inpatient psychiatric beds have been eliminated in the state since March 2020, either to be converted for COVID use or taken out of commission.

A decline of short-term psychiatric beds in New York has continued for decades. James plans to use the information gathered at the hearing for her office to use in future investigations into allegations of inadequate mental health treatment.

Facilities with more than 16 inpatient beds do not get Medicaid reimbursement.

"The state of New York, unfortunately, for the last 10 years, anything related to Medicaid or mental health or public health, was kind of ruled by austerity, and I think we have seen the impacts of that," he said.

The latest state budget included $4.7 billion for the state office of Mental Health — an increase of $813 million, with $10 million committed to address staffing shortages in state-run psychiatric hospitals.

The Budget Division would not answer a question about plans to maintain the elevated mental health funding in future budgets, especially as federal pandemic aid dries up.

"The funding is included in the budget, but again, has not been released, so it is another example of something that needs to be expedited," said Andrea Smyth, president and CEO of the state Coalition for Children's Behavioral Health. ​

Mental health officials want Gov. Kathy Hochul to sign an executive order to release the state funds and collect the federal award after its approval.

Stigma surrounding people with behavioral disorders or mental health issues has led to a lack in state and federal investments for generations.

"Hospitals would close, people were deinstitutionalized in the community, but the money never followed them," Mental Health Association of New York State CEO Glenn Liebman said. "That has caused headaches for decades and decades."

Liebman shared testimony at the hearing showing the need to increase mental health education, support and access to treatment throughout all stages of life. He's hopeful the attorney general's advocacy and normalizing mental health discussions will help increase funding and the services people need.

"Greater public awareness really matters," Liebman said. "As soon as we can start normalizing this, then we can get the resources for this."