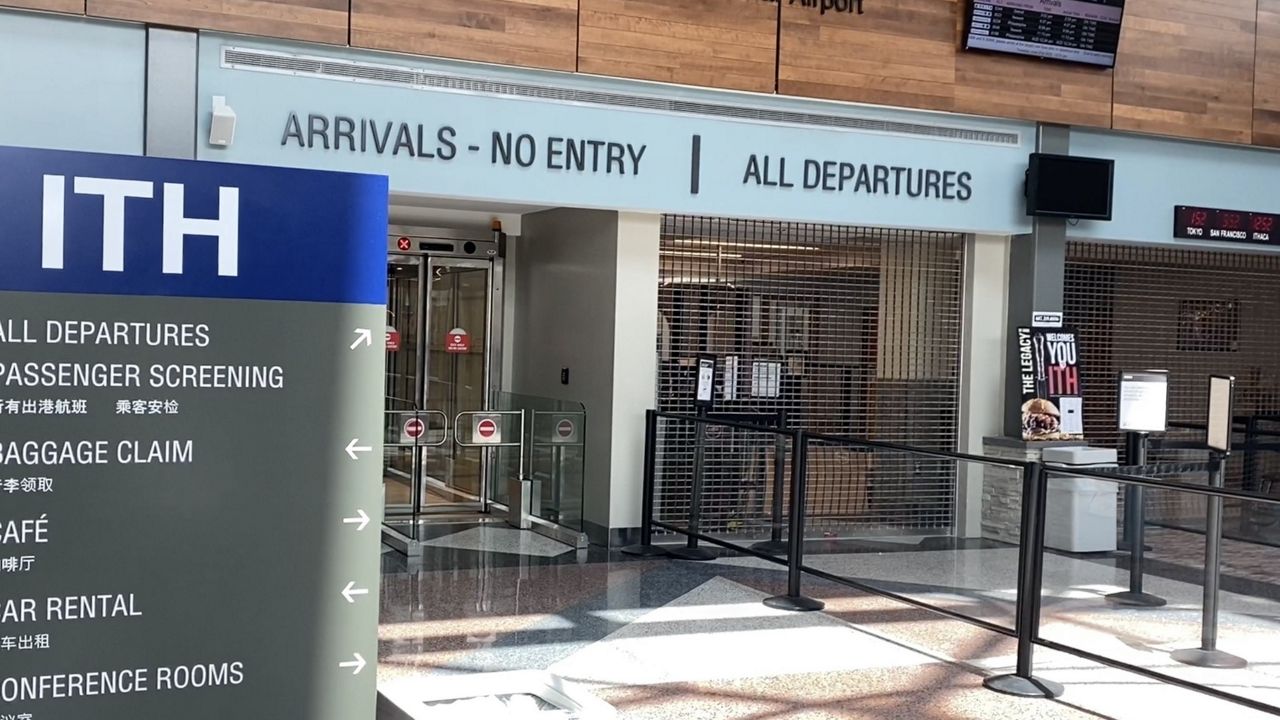 Ithaca leaders and business owners expressed concern on Tuesday about American Airlines' announcement that it will no longer provide service to Ithaca Tompkins International Airport.

The decision comes after a recent expansion project had hoped to make the airport the ‘Gateway to the Finger Lakes.’

The airport director said she is preparing to make the case to the airline that it should reconsider the move, which could cost the airport 30-35% of its revenue. Local business owners stressed that they could be among the hardest hit by the move.

“They want to get here and it’s a beautiful place to get to, and a lot of people need to get here because they have work connected to the university or college,” said Deirdre Kurzweil, owner of Sunny Days of Ithaca, a regional gift store on the Ithaca Commons.

She said tourism is one of the primary drivers of the local economy.

“I made my store because it needed to exist for all of the people who come to Ithaca and the region, and want to remember that experience,” she said. "That’s why I made my store. It impacts everyone downtown, but my store in particular.”

She said as a relatively isolated vacation destination that also caters to faculty, staff and families from four different colleges and universities, the move by American Airlines to end service to Ithaca is disappointing and concerning.

“To be centrally isolated and not have every transport opportunity available to you seems kind of tragic,” she said.

Roxanne Noble, director of Ithaca Tompkins Regional Airport, said she too was disappointed and surprised by the decision, and has spent the days since developing a coalition of local business leaders to take action.

It's a message Kurzweil said is critical to get across.

“We need them. Maybe it’s not the most profitable market for them, but we need their service. We need them," Kurzweil said.

Noble cited the ongoing pilot shortage as well as linger impacts of the pandemic as among the reasons for the suspension of service.

Delta and United are the other two airlines offering service at the airport.

The airline is set to suspend service on Sept. 7. Noble said she hopes to make her case to reverse that decision to American Airlines officials in the coming days.