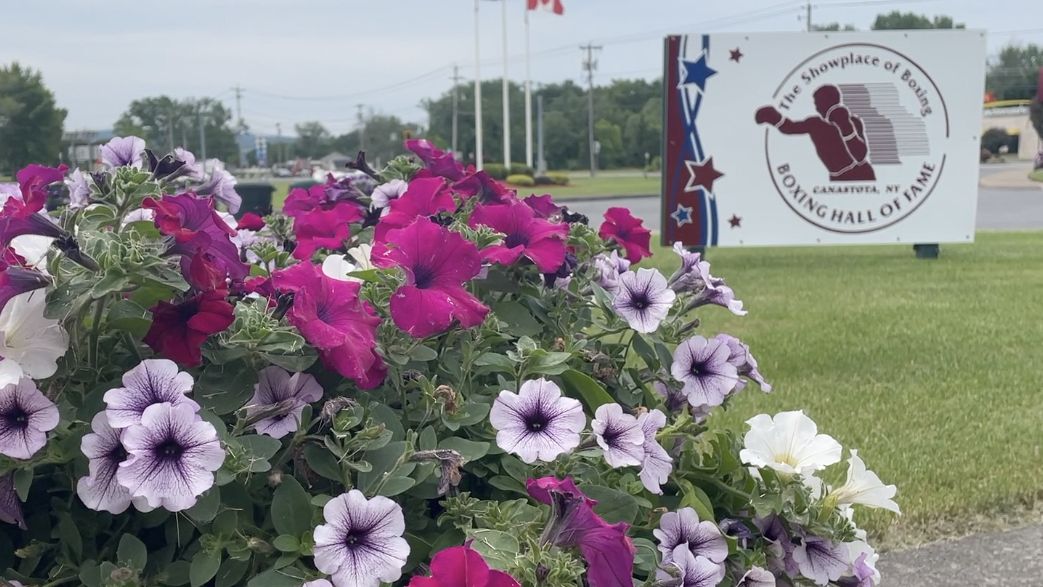 This year's boxing Hall of Fame ceremonies pack a punch

The wait is almost over for a “once-in-a-lifetime” event in boxing’s hometown of Canastota. With the clocking winding down, the anticipation is building up for the bell to ring on Thursday.

Ed Brophy was on the move, because these grounds are about to be bustling with boxing legends and fans from all over the world.

"When we ring that bell, it’s going to be very special because that bell hasn’t run in three years," Brophy said.


"Fans, when they start arriving, they want to see the museum first, of course. They can take a walk down boxing’s memory lane. It’s great story and a great welcome for people to read into a little bit to learn a little more about Canastota and Hall of Fame weekend," Brophy said.

The hall’s director has been here since its inception. He’s been a part of a lot of inductions, but this year will pack a little more punch.

“It means a lot because we had to go through all of the ups and downs over the last two and a half years. It was a hard hit. In boxing, you could say it was like a knockout punch," Brophy said.

Due to the pandemic, the celebrations were canceled in 2020 and 2021, so this will be an “Induction Trilogy.”

“Here is one of the inductees this year, James "Lights Out" Toney, who will be inducted this weekend," Brophy pointed out.

All but one of the 27 living inductees should be in attendance, including Floyd Mayweather and Roy Jones Jr.

“They’re going to be excited when they walk into the museum and see their plaque on the wall among the greats that go back to the early days of boxing, the Muhammad Alis, the Joe Fraziers, the Jake LaMottas and all the legends of boxing," Brophy said.

If a return to the ring after such a long hiatus wasn’t enough, history will be made at the Hall this weekend.

“We’re very excited about this Hall of Fame Wall because this is a new category. The female boxing category," Brophy said.

Laila Ali, Muhammad Ali’s daughter, and Holly Holm are up on the wall, the first of many women to be honored in this way.

"When they come in and see their plaque on the wall as a boxer being recognized, it’s something special," Brophy said.

It’s not just the plaque.

“When people are walking through the Hall of Fame Wall, people will pause and check out these fist casts. That’s a big fist and nobody can really match up to that one. It’s all a part of being inducted into the Hall of Fame. You get the ring, a plaque on the wall. It's a great celebration, and great for the sport of boxing," Brophy said.

The sport's history is represented in the little village, with a population of about 5,000.

“There is magic in the air in Canastota because of the love of boxing, the history of boxing. Of the volunteers, the fighters feel it, the fans feel it," Brophy said.

The village and the hall, may have been down, but they were never out.

“Ringing that bell is a statement to say, like a fighter, 'the village of Canastota made it through the fight,'" Brophy said.