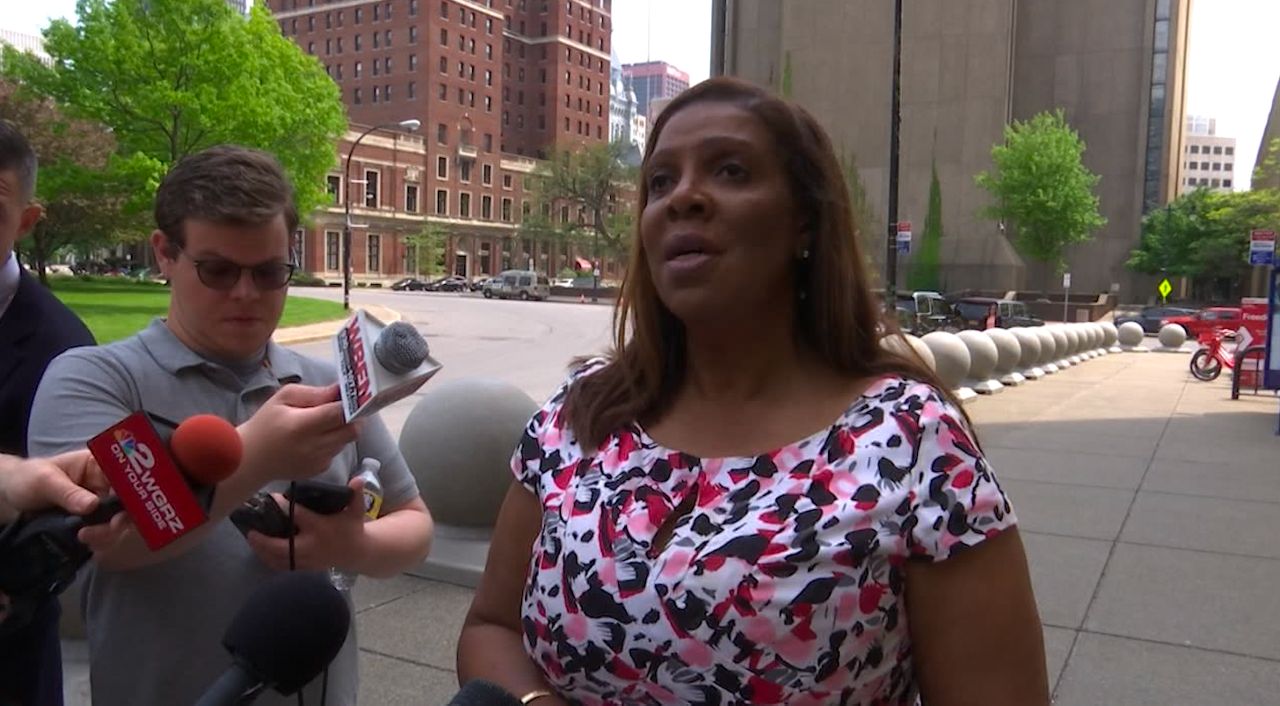 Several gun manufacturers filed a federal lawsuit in an attempt to get the law tossed out, arguing that there's a federal law that supersedes the state law.

“All I can say to you is that there’s an ongoing investigation and we are developing some facts,” Attorney General Letitia James said when asked if her office would sue the manufacturer of the gun in the mass shooting last weekend in Buffalo that left 10 people dead and three others injured. “So until such time as we develop a fact pattern and we could identify some specific targets that engaged in negligence, then we will take action.”

“I’m hoping it will be,” Democratic Assemblywoman Pat Fahy said when asked if the new law applies to the Buffalo shooting. “At this point, the law has been challenged in court. As been expected that it would be challenged. It’s an effort to really go after irresponsible gun manufacturers or dealers who are not acting responsibly or selling guns in a negligent fashion.”

“How can you control something that you’ve sold that is in the hands of an individual? That’s the most ridiculous ludicrous idea I’ve ever heard,” Executive Director of the New York State Rifle & Pistol Association Tom King said. “You can’t control a product once it’s out. Can you control someone from driving recklessly in a car? Does the manufacturer have to have responsibility? No.”

James says the law requires the state to find a pattern of nuisances in order for a case to carry any weight. The AG says the law is still in effect even though there's a lawsuit pending against it.