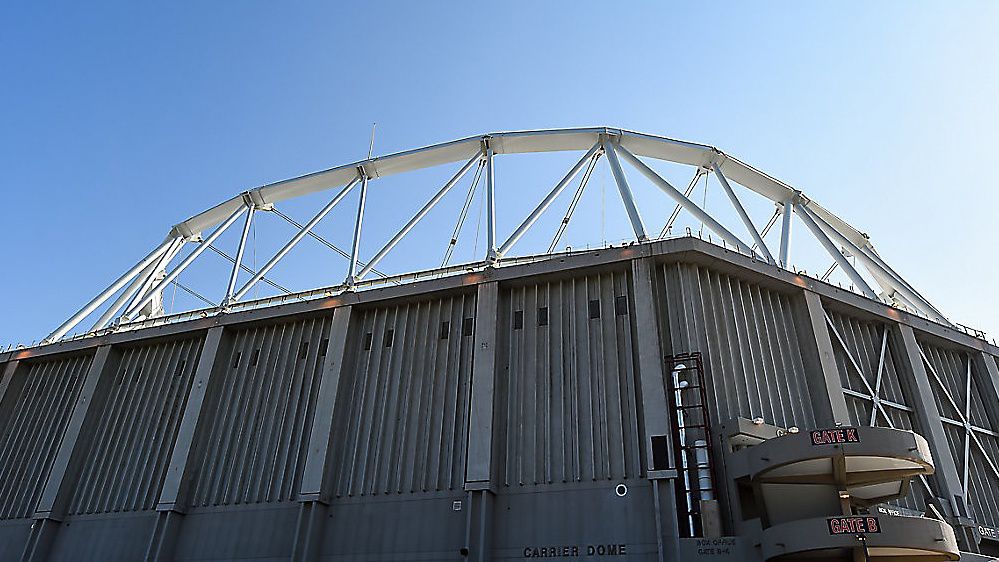 Syracuse University Dome gets a new name with 10-year deal

The former Carrier Dome has officially been renamed the JMA Wireless Dome in a new, 10-year partnership between Syracuse University and JMA Wireless, officials announced Thursday.

It's the second name in the Dome's history, having first opened its doors under the Carrier name in 1980. In April, the university announced that it was ending it's long-standing relationship with Carrier and rebranding the stadium.

“This is an exciting moment for Syracuse University, Syracuse Athletics and the broader Central New York community,” said Syracuse University Chancellor Kent Syverud in a press release Thursday. “With JMA Wireless as our new naming partner, our campus community, student-athletes and fans alike can expect a world-class event experience, unlike anything they’ve ever seen before at Syracuse University."

"I am grateful to JMA Founder and CEO John Mezzalingua for his partnership and vision," he continued. "His investment in the city of Syracuse and Central New York will pay dividends for years to come in the form of economic vitality, career opportunities for local residents and cutting-edge technology innovation taking place in our region. We share JMA’s commitment to the city of Syracuse and Central New York and look forward to seeing the positive impact our partnership will have on our local community.”

JMA is a 10-year-old company in the city, with plans to open a new 5G campus at the former Coyne Textile building on Cortland Avenue in the city’s South Side.

"Today marks the beginning of a new era for the Dome, Syracuse University and JMA,” said Mezzalingua in the release. “Our company’s ties to the city and University run deep. I remember when Syracuse redefined college athletics with the Dome, a unique venue that ushered in a period of unprecedented success for Syracuse sports. With this partnership, we have an opportunity to lead once again. The Dome will have the most advanced 5G network of any collegiate stadium, connecting fans as never before. It will also enable powerful new augmented reality training systems, advanced coaching tools and sensor-based performance optimization to attract elite athletes and help Syracuse win. The JMA Dome has an incredibly bright future ahead, and we are thrilled to be a part of it.”

The university is moving on to its next phase of renovations on the Dome, building on the recently completed $118 million in upgrades completed in the last year.

In addition to digital infrastructure upgrades, the JMA Wireless Dome will get new, individual seating to replace the current benches, as well as an on-site event venue to be added as an addition to the stadium.

“I’ve been here since the Dome was first envisioned and conceived, and never have I been so excited for what the future holds,” said Pete Sala, vice president and chief campus facilities officer in the statement. “With JMA Wireless’ support and with our other renovation partners, the legacy of the unique and special nature of the Dome is cemented forever.”