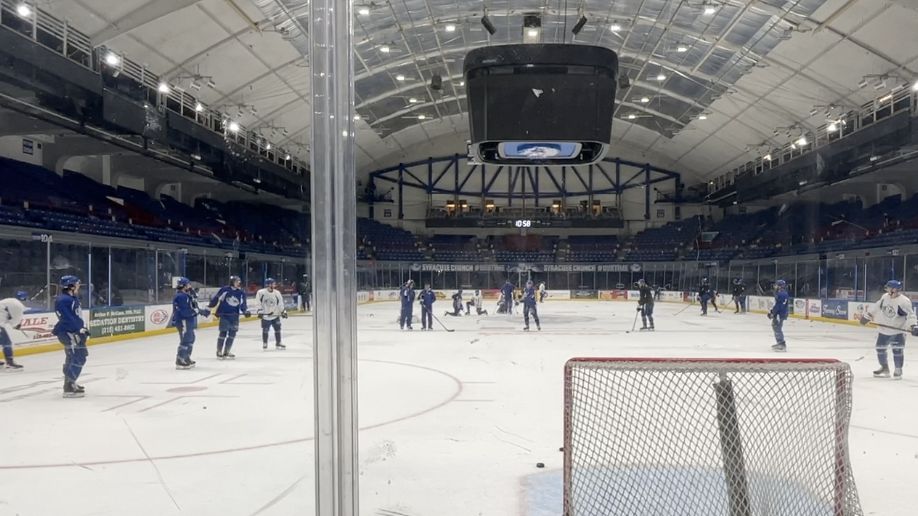 It's 'Crunch' time on Tuesday for Syracuse hockey

Syracuse and Laval are all square at two games apiece in the best-of-five North Division semifinals after the Crunch stole one on the road, blanking Laval 3-0 on Saturday.

It will be win or go home on Tuesday, when the Rocket come to town. It's been a physical and emotional series, with two teams that are evenly matched.

With their backs against the wall, Benoit Groulx was very impressed with the way his team responded over the weekend at Laval.

"One thing is clear, that there's a lot of fight in our group. There was no quitting there," he said. "I think we probably played our best game of the series so far, and I think that we're going to have to do better tomorrow night."

Cole Koepke knows it's going to be a battle to make it to the North Division finals.

"I think we've done a good job as a group, collectively, staying calm, sticking to our game plan. We obviously know there's going to be high emotions on the ice, and we just have to keep our composure as much as we can," Koepke said.