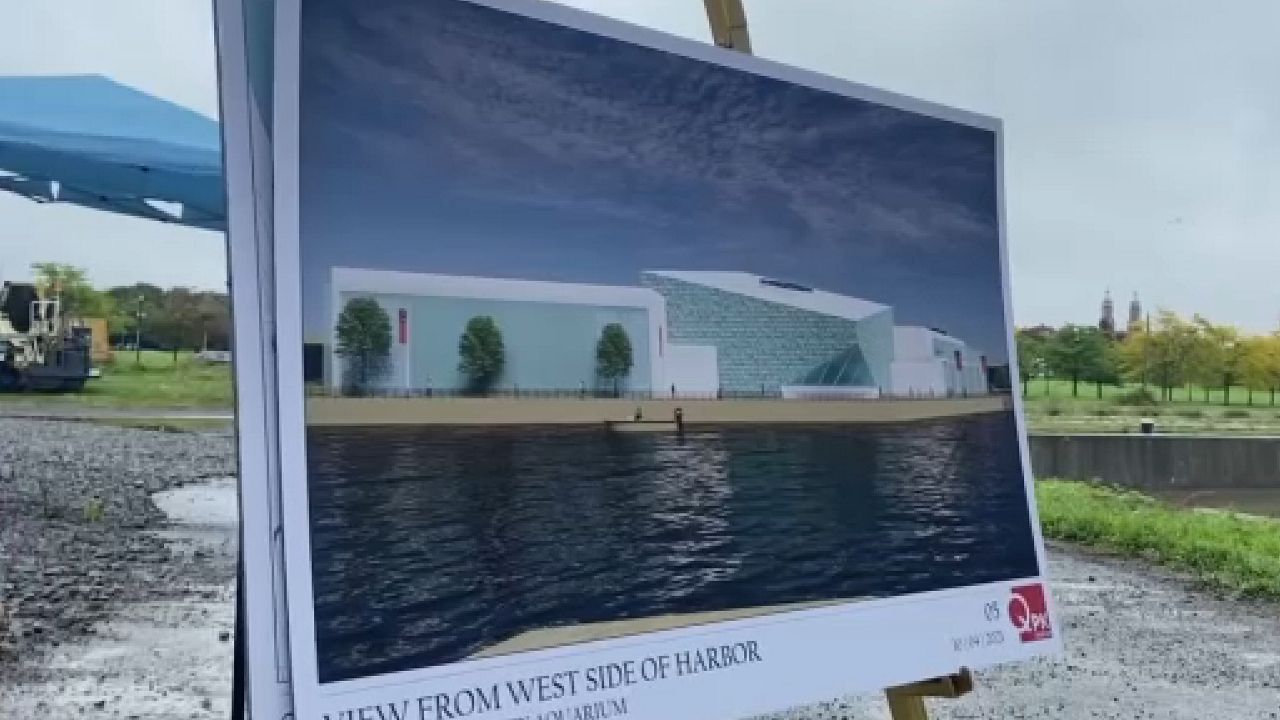 The Onondaga County executive says his dream for an $85 million aquarium will have a major economic impact on the Syracuse area, but it's stalled in the county legislature.

County Executive Ryan McMahon compared trepidation about the St. Joseph’s Amphitheater to that of the proposed aquarium.

"We have a model right here that proves it will work,” he said. “They questioned whether the amphitheater would be a drain on the county budget year over year.”

McMahon said the success of the amphitheater is an example of what good could come from the aquarium. But his push hasn’t gone as planned.

“We need to take the same kind of courage that we took in this vote, move forward and look at other projects that will do the same thing,” he said.

McMahon proposed the aquarium in his $1.4 billion budget for 2022, paying for it in cash through a $60 million budget surplus at the end of 2021.

The proposal was tabled by the legislature in December, with several legislators questioning the project.

“What are the fiscal risks?" legislator Mary Kuhn asked. "I want someone to do a deep dive.”

Unlike the proposed spending for the aquarium, the amphitheater was paid for by bonds.

Now, a gaming deal with the Oneida Nation is paying for the debt of the amphitheater and more, leading to a $6 million surplus. McMahon said the amphitheater turned an almost $350,000 profit last year with a slimmed down calendar.

For the aquarium, a consulting firm was paid $120,000 to study the project, and estimated the venue could attract about 490,000 visitors each year.

Because the project would be paid for in cash, it would only need a majority vote in the legislature to pass.