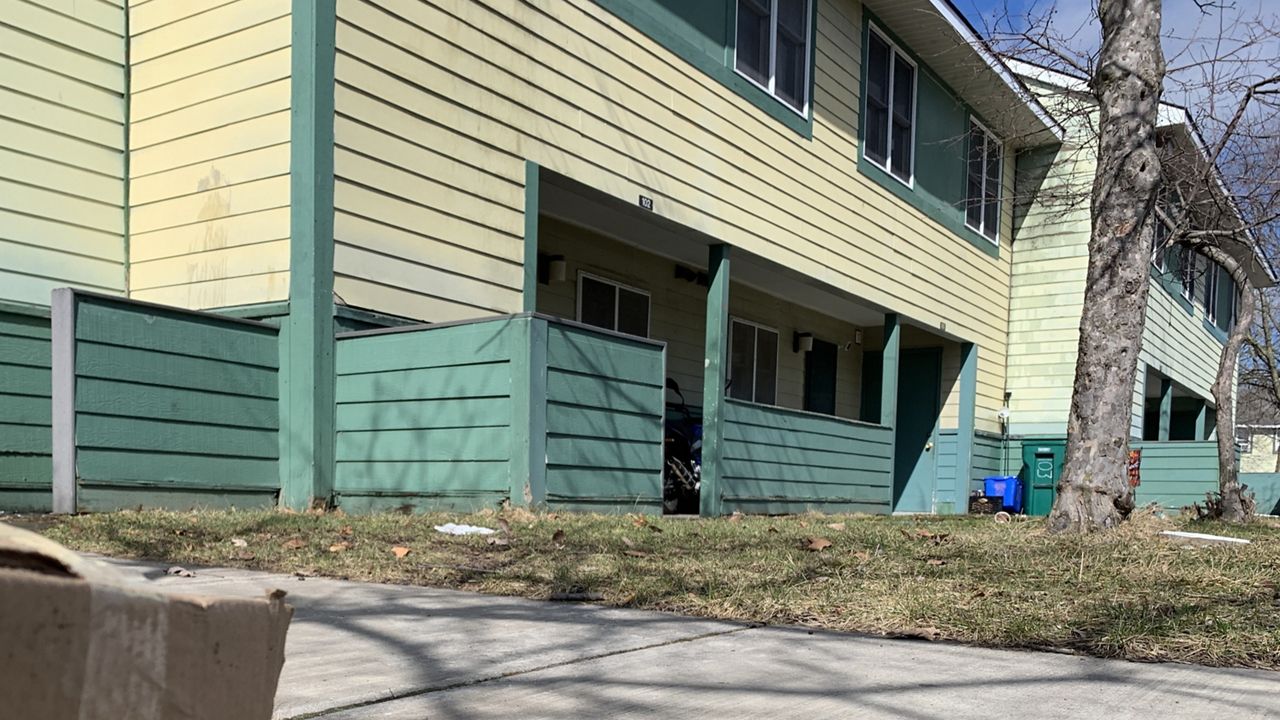 I-81 and the 15th Ward have become synonymous when discussing the future of the elevated portion of I-81 that has exceeded its useful life. The future of the residents of the area almost underneath the viaduct is being planned in a separate $800 million project.

Despite a massive grassroots effort to communicate with residents, there are still a lot of questions.

Rob Mike has lived at Pioneer Homes for 15 years right next to I-81. He is also the President of the Pioneer Homes Tenants Association. He fields a lot questions.

"Some neighbors are confused about it," said Mike. "The rumors that I’ve heard so far is they're just gonna throw people out, and they won’t be coming back. And there’s no such thing as a one-to-one. And Bill Simmons is selling the property to Syracuse University, which that is nowhere near true."

Bill Simmons is the Executive Director of Syracuse Housing. He, Deputy Mayor Sharon Owens, and stakeholders have worked for almost a year on the revitalization of the public housing within the 15th Ward. This includes more than 20 resident meetings. 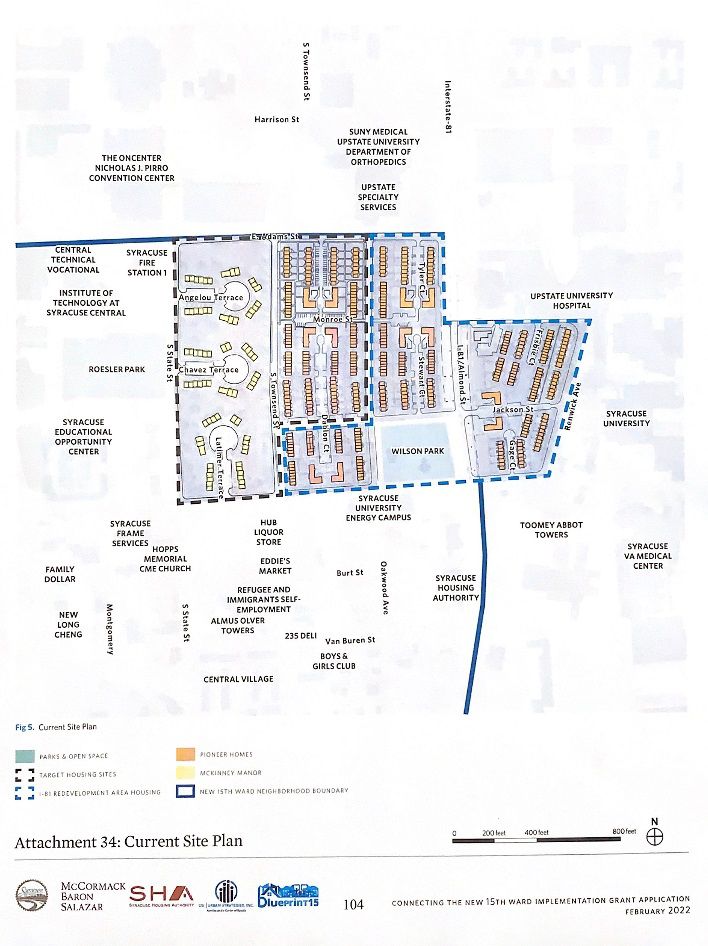 "Change is hard. But they know that what we have right now is unsustainable. When we do a Phase 1 and they see what’s involved they will be pleasantly surprised and look for more units to come," said Simmons.

Phase 1 is scheduled to begin in 2023 with the targeted areas running north to south from Adams to Burt Street and east to west from Almond to State Street. The affected areas will include the removal of hundreds of housing units in McKinney Manor, Pioneer Homes and Central Village. The Syracuse Housing Authority requires that every unit public housing removed is replaced with new public housing, however current residents are still concerned about the upcoming periods of displacement while new construction occurs.

"It is an exciting but a confusing time for them. They have the 81 Viaduct coming down, we’re talking about this development," said Owens.

Owens says the new 15th Ward is a collaboration of multiple partners who are working in the favor of residents who will be impacted by the major infrastructure project in the city. Syracuse Housing Authority says there are 1,075 public housing units in the neighborhood that needs to be improved. 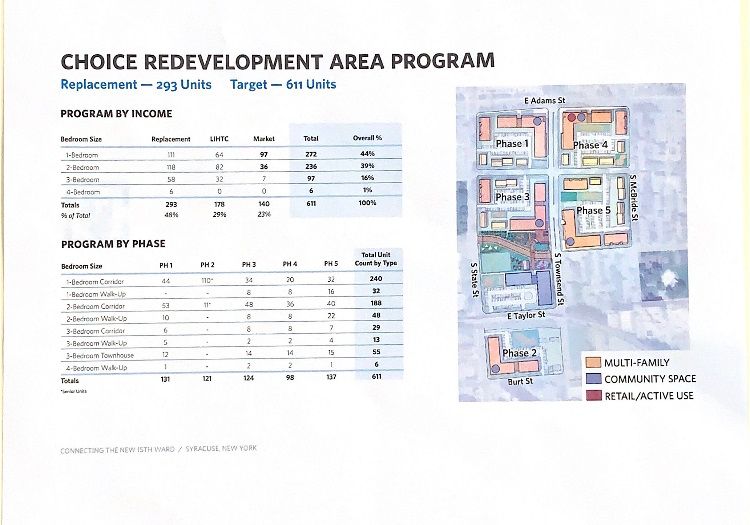 "Over a 10-year period of time, these properties will be demolished for redevelopment for mixed-income with a high focus on community amenities and amenities for families," said Simmons.

Public housing residents who will have to move during construction will be given a voucher to move to a Syracuse Housing Authority property, or another Section 8-approved rental. For those vouchers, Mike says don’t wait.

“You’re gonna wait to last-second then you’re gonna find yourself in trouble because you’re gonna run out of time, so I would say start looking for someplace to go now,” said Mike.

“HUD, the department of urban development, requires that the number of units, low income, remain on this footprint." said Simmons.

These project leaders are part of this communitym which is something they hope brings concerned parties some comfort. Owens worked in the Dunbar Center and continues to work with parents and children throughout the city. Simmons has his offices in the neighborhood and has volunteered as a basketball coach at Wilson Park.

“To a large degree, that builds a lot of trust with myself and the community to redeveloping these neighborhoods and with the expectation that there’s going to be something here for them when it’s all said and done,” said Simmons.

"It’s going to be a change. These buildings aren’t, weren't, built to last forever," said Mike.

The reinvention of the new 15th ward will be completed in five phases. Phase one is scheduled to start in 2023 with demolition and rebuilding of 75 units known today as McKinney Manor off of State Street. 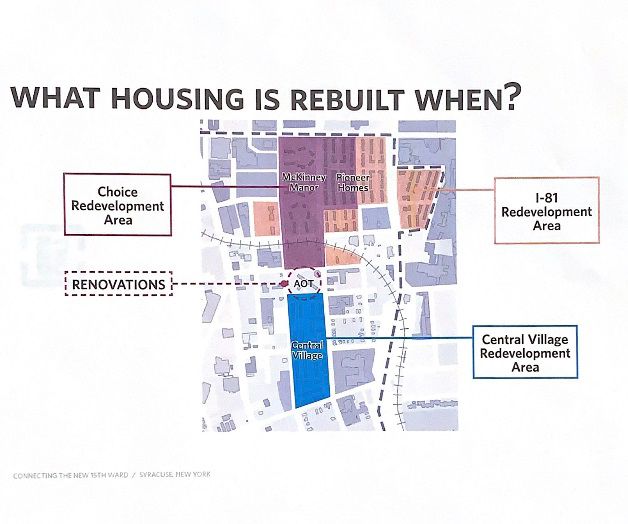