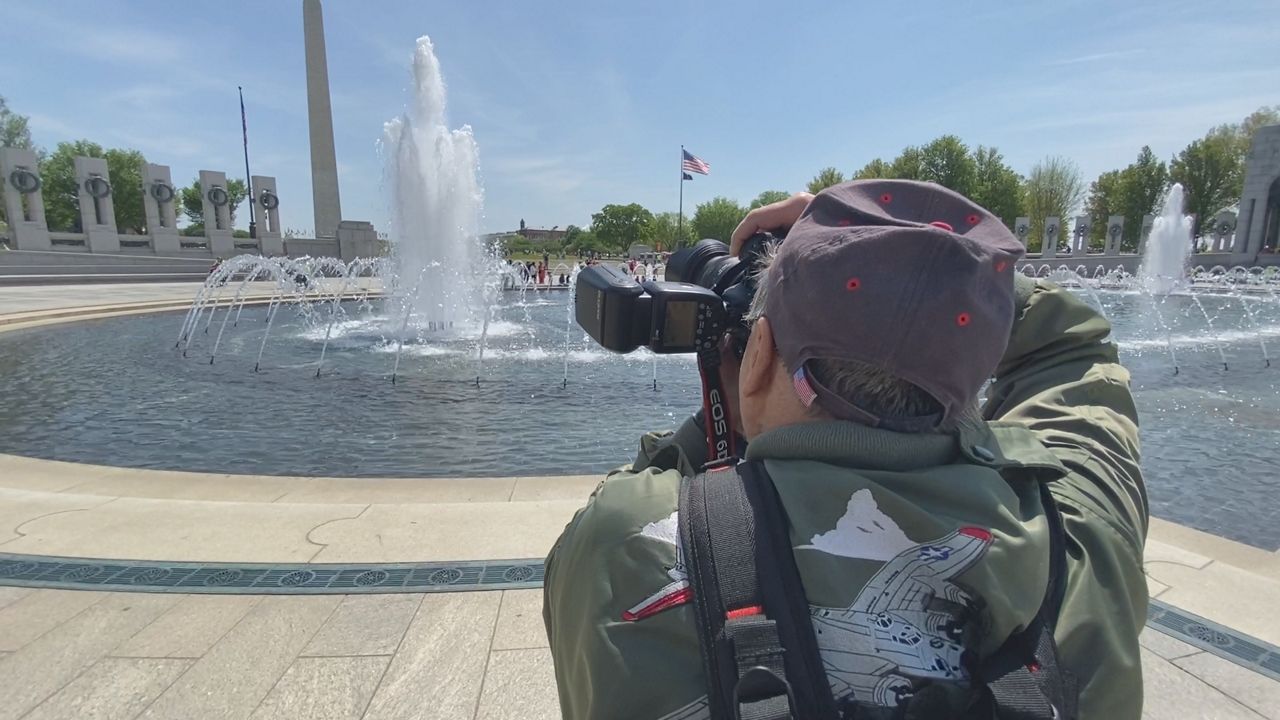 Honor Flight: Preserving precious memories of veterans from behind the lens

Getting to go on one of these flights is the experience of a lifetime. That being said, it’s not Las Vegas. Every precious moment comes back with these veterans and somebody has to be there to capture them.

“First flight, they had plenty of seats. They said, 'You want to go? 16 flights later here I am,” Ed Madgiak said.

When you meet Madgiak, he's a bit much, but so are many of the interactions he gets to frame for Honor Flight Syracuse.

" 'Hey, I remember you we were on such and such a play, such and such a base,' " he reminisced. “It’s just an amazing kind of thing and every one of these is different.”

His role on this trip, like so many before, is the man behind the camera.

“It's been a hobby of mine since I was a kid,” Madgiak said. “I found a camera in the trash and that started the whole thing.”

But the man they call 'Mad Dog' earned that title through 40 years of service himself.

“I started out in 1963 as a high school dropout private, and after three years of active duty mostly in Europe,” Madgiak said.

Starting with the Air Guard, before the Army Guard and Army Reserve, Madgiak retired in 2004 and now is a welcome face on the flights, taking so many pictures of other people.

“First flight, l was 300 or 400, and then the next several missions I think I home was double that for some strange reason,” Madgiak said while trying to tally picture totals. “I go through flashcards like some people go through breakfast.”

Editing so many photos is a pain, but Madgiak wouldn't have it any other way.

“It also brings back memories still brings a flashback from the photo,” he said.

Bringing him back to flights like this that mean so much to so many.

Some flights run a little smoother than others, but they are all more than "picturesque" to Madgiak.

“A beautiful day like today is amazing,” he said. “Just look around to see the people that actually lived it and be able to share it, I think it's the number one thing.”