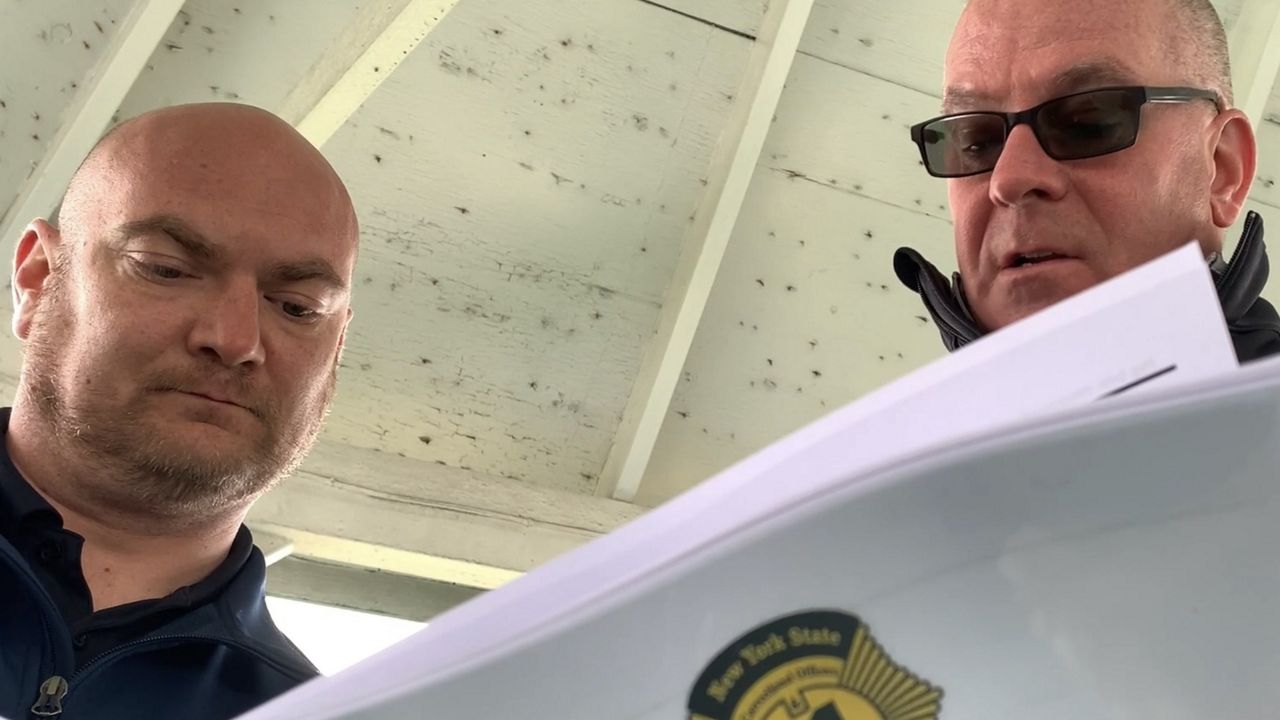 On April 1, New York’s HALT Act took effect. The legislation is designed to keep prison inmates out of solitary confinement and into different rehabilitative programs, but corrections officers say it has removed consequences, and is leading to an increase in violence.

Powers held a booklet, pages upon pages of which he said were press releases detailing various violent incidents that have happened inside of state prisons since April 1.

“Every one of these,” Powers said, flipping the pages. “All violent acts toward staff.”

Staff members which, he said, serve the New York State Prison System, but also people who live in communities across the state.

For Powers, "as of late" is the last three weeks, since the HALT Act took effect in New York. Supporters of the bill, which limits the use of segregated confinement to 15 days and implements alternative rehabilitative measures, say it shows compassion and humanity. They call solitary torturous and barbaric.

However, Powers said he sees inmates, who he says are now aware of the bill, taking advantage of what he said is a lack of consequences for violent actions against CO’s and other inmates.

NYSCOPBA is calling on state lawmakers to repeal the act.

“We provide a service to our communities and the state of New York, to keep our systems safe and our operations safe, and the Legislature has basically hindered that ability,” Powers said.

NYSCOPBA members said statistics show the number of daily assaults has gone up since April 1, from 6.8 to 8.1 a day, an increase of 25%.

That’s a number the union said is on pace to be the highest the state has ever seen in one year.

As much harm as Powers believes the HALT Act is causing, he said it will be felt for years and even decades to come, because he struggles to see how qualified candidates ready to take open jobs will actually do so in this environment.

“It’s always been a difficult job. I’m not mitigating that in any way, shape or form prior to HALT. But it’s much more of a difficult job now. Our members feel as if they have targets on their back, and this Legislature is solely responsible for our blood on their hands,” he said.

Powers is asking lawmakers to think of prisons as they would their own community.

When someone commits a crime in that community, they are taken into custody, away from the population for safety. Why, he asked, should a prison community be any different?

NYSCOPBA members are asking the state Legislature to consider a violence in prisons study, which could help the two parties reach an agreement together.

When shown the numbers NYSCOPBA provided, a state Department of Corrections and Community Supervision spokesperson said they could not confirm the specifics as of yet, but it agreed there has been an increase in violence over the past three weeks.