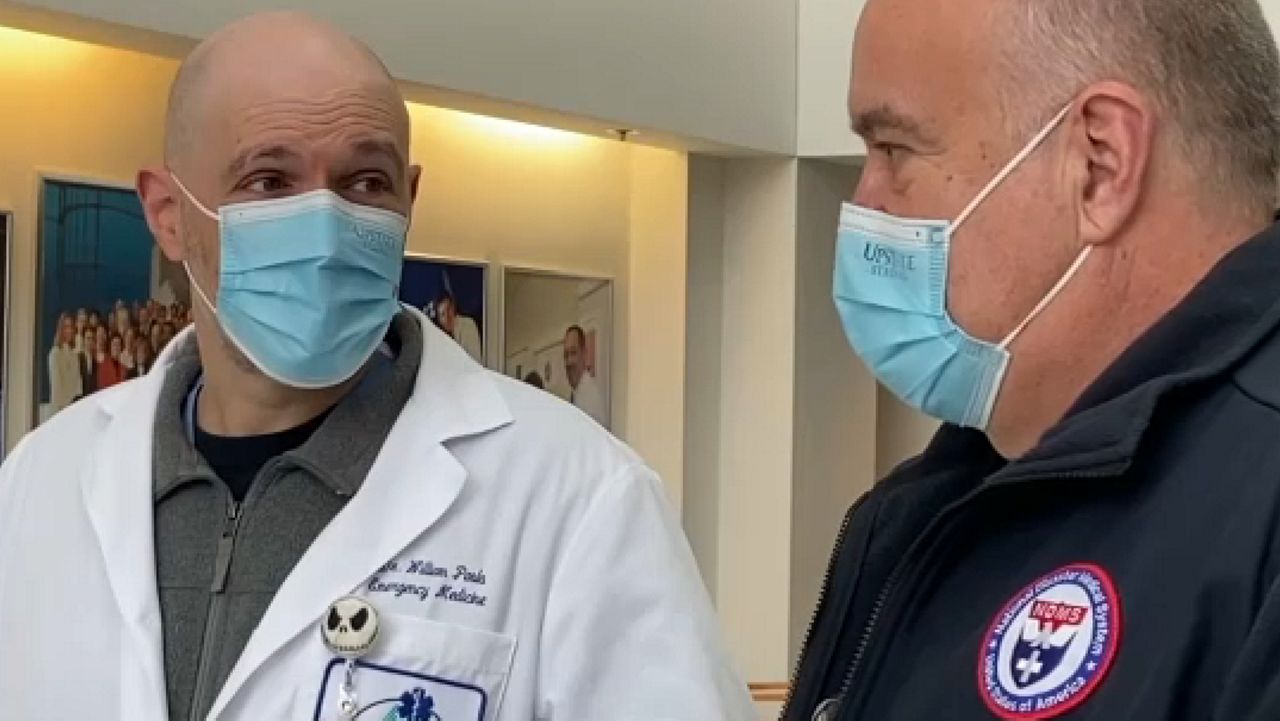 Members of the National Disaster Medical Assistance Team recently landed on the ground to help overburdened departments of the Upstate University Hospital.

“I don’t know if we’ve been any place where we've had more support from the hospital administration down to the housekeeping staff,” said Tackett, who has worked in the field since 1988.

He called it a passion.

Just last week, the team was in Portland, Maine, at a similar sized hospital to help with emergency-room staffing.

He said the team of doctors, nurses, paramedics and other medically trained staff is helping to significantly decrease emergency room wait times.

“It looks like we’re going to be leaving after the peak is over and headed downhill,” Tackett said.

The team will continue its work with the hospital through Jan. 14.

Hospital staff is hopeful the winter surge will be over by that point and they will be able to sustain shorter wait times.