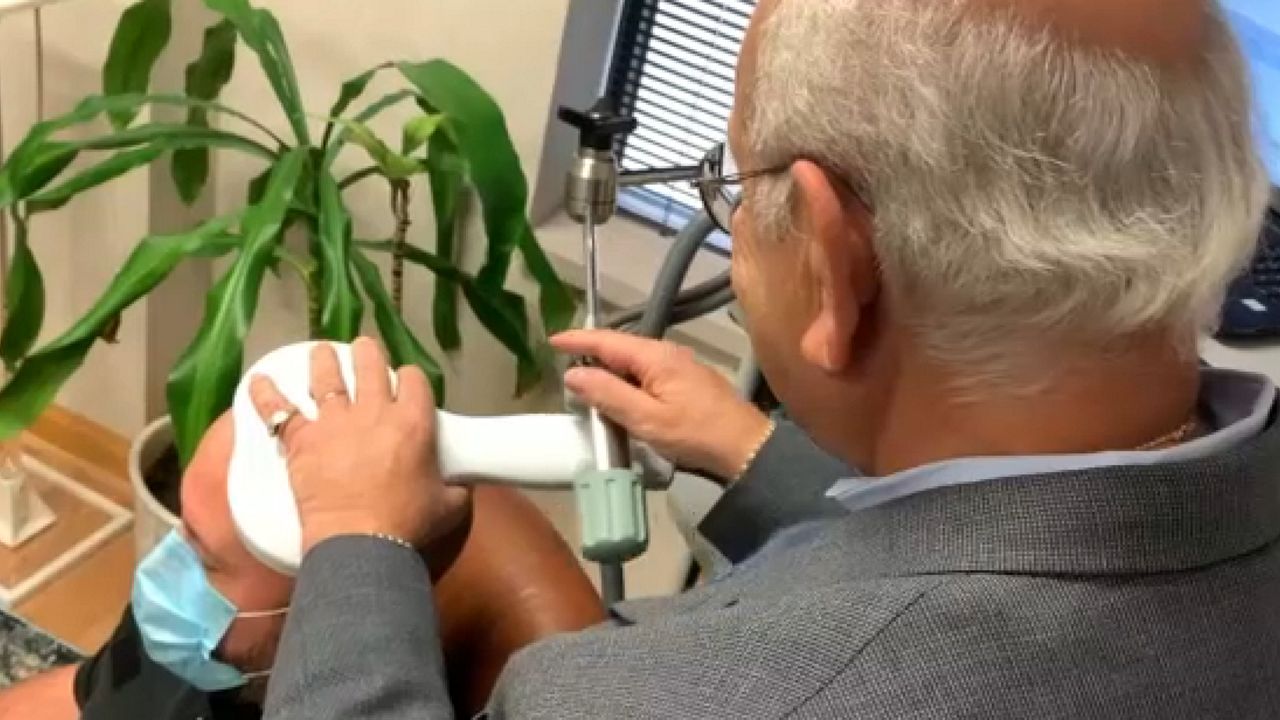 Statistics show an increase in anxiety and depression this time of year due to many reasons, but thankfully, the medical community is making some advances in non-drug treatments for the illnesses.

Transcranial magnetic stimulation, also known as TMS, is being used to treat depression and obsessive compulsive disorder as a drug alternative.

Psychiatrist Dr. Nasri Ghaly has been certified since 2004 to use TMS machines, and now has five of them. This includes the newest technology, which allows doctors to localize the brain area in patients they need to stimulate.

People that have struggled for years and tried a variety of medications with no improvements can feel especially hopeless.

Ghaly says chronic depression can lead to disability, or worse.

“Unfortunately, they got to the point where some of them would take their life. The sooner we treat these people and get them back to normal life, the better," Ghaly said. "So, the difference here, when you look here, is approximately one centimeter versus the H-squared, which is the this one here and go stronger to the deeper structure of the brain. The other one, which will we treat is OCD, obsessive compulsive disorder.”

Ghaly says the treatment should be done in 20-minute sessions, five days a week for four to six weeks.

“So, we have a very good result, generally speaking, at least 75% of people get better,” he said.