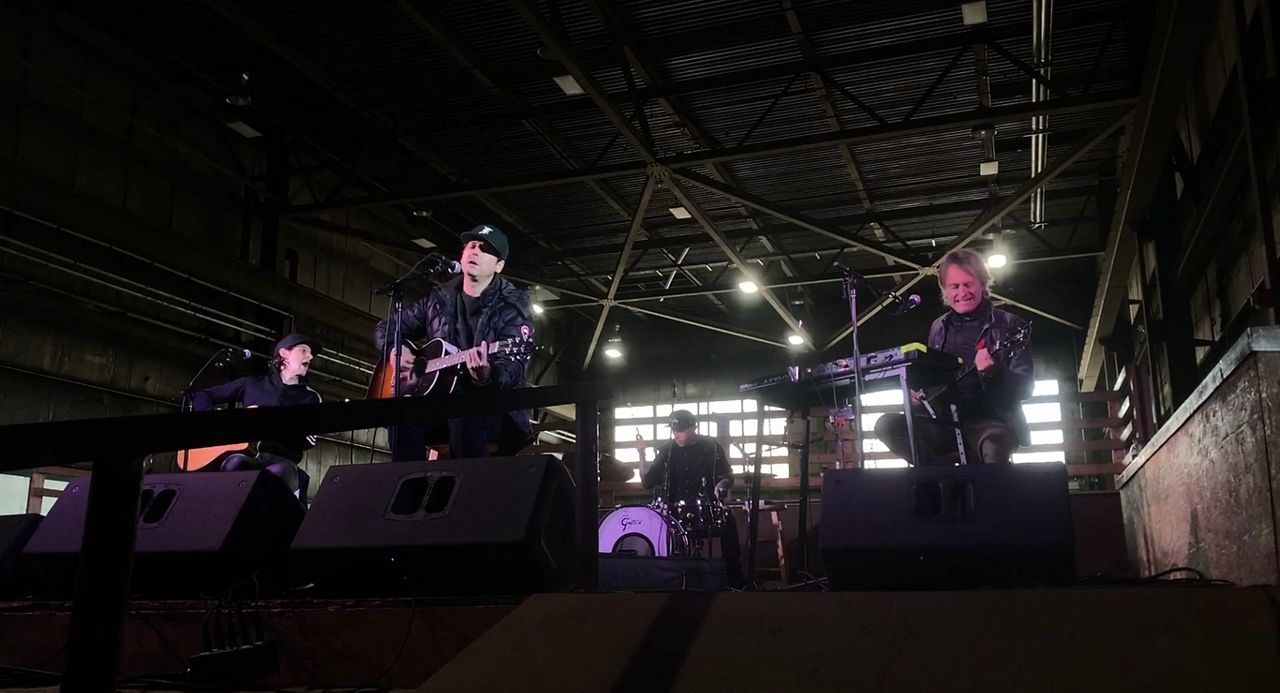 NFTs explained, and how musicians' digital work helps connect them directly with fans

A popular Canadian rock band is releasing its next album directly to its fans as an NFT, or "non-fungible token," a new digital product gaining in popularity that creates a product that has given some music and art creators more control over their work.

At a time when music artists have faced limitations on live performances and engagement with fans, NFTs are posied to bring more participation to the music industry with an opportunity for greater profit for bands like Our Lady Peace, and their fans.

The band's fourth major album, Spiritual Machines, released in 2000, included several technological predictions from inventor and futurist Ray Kurzweil. His voice was featured on the tracks, making predictions about computers having human-like capabilities and consciousness, pointing toward some advancements that materialized over the last 20 years.

Kurzweil will appear again on the band's latest project, set to be released later this month. The album was recently promoted at an invite-only, pop-up show in Syracuse, which included something more than just a show for concertgoers, using technology even Kurzweil couldn't predict 20 years ago.

Fans were gifted NFTs from the band, unique and unreplicable pieces of art and a remixed song made by the band's lead singer, who said it's something that they could eventually profit from in years to come.

“Literally driving here, I was creating things on my iPhone to give to fans,” lead vocalist Raine Maida said.

NFTs were sent to concertgoers for free through an app Maida is involved with, named DRROPS.

“This Syracuse edition drop that happened on our app is just for Syracuse. So that’ll be a collectible in itself. Two years from now, maybe there’s only 500 or so that people got, they can trade them or resell them and make a little bit of money,” Maida said.

However, the band is now taking it a step further, adding music to the art, actually releasing the album Spiritual Machines 2 as an NFT on S!NG, a marketplace for music NFTs. It will include the album and extras, different digital bundles — some with video — that will be released in extremely limited quantities.

“There’s nothing like it in the marketplace. It’s pretty cool. It’s remixes, it’s demos. We would never give that stuff away before, and now we are,” Maida said.

This new digital platform can also do a lot for the creators themselves, no matter if they are as popular as Our Lady Peace, or just starting that journey to get there.

Currently, online music streaming services are the destination of choice for listeners, with frictionless and easy-to-use applications, such as Spotify and Apple Music accounting for a large percentage of the global market share.

Despite this ever-increasing ease with which people can listen to music, according to a Citigroup study, artists receive only 12% of the money made by the entire music industry. That's where NFTs are making all the difference.

“The best thing about the DRROPS app and NFTs in general is we go direct to the fans. You remove all those middle layers, which has always been a hinderance to creators, whether it's distributing, monetizing and also community building,” Maida said.

NFTs, which have a unique digital identification code, are a breakthrough for creatives looking to expand online as they ensure true content ownership remains with the creator, regardless of digital replication. This also enables fans and community members to interact directly with the artists’ music, and give royalties directly to those producing the content each time the NFT collectible is resold.

As a higher percentage of income flows to content creators, they too are incentivized to create higher-quality works, thus increasing the overall quality of music and democratizing the entire music industry.