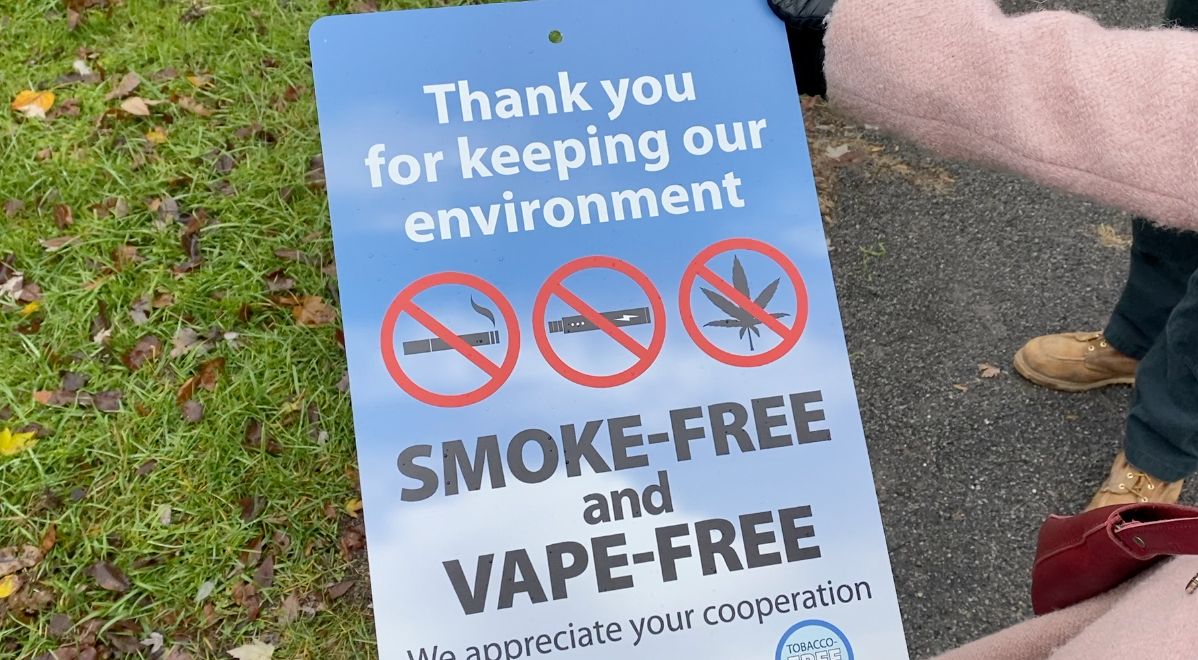 Smoking policies have pushed smokers and tobacco users outside and many believe that the fresh air and wide open spaces makes smoking safer for the people around them.

“There is no safe level of second hand smoke exposure,” said Tobacco-Free CNY public health educator Rachael Russell. “If you can smell it, it is dangerous and it’s doing harm.”

Tobacco-Free CNY says you can be affected by secondhand smoke up to 25 feet away.

“Secondhand smoke is considered a Class A carcinogen by the Environmental Protection Agency which means it’s a substance that’s known to cause cancer,” Russell said. “That puts it in the same category as asbestos, radon, and benzene.”

It’s not uncommon for people to be exposed to those toxic effects at public parks and playgrounds. Plus many smoking policies have become outdated since the introduction of vaping and the legalization of marijuana has added another level of complication.

“When the marijuana laws changed, we had some complaints around some of the playgrounds,” Macauliffe said. “There was some marijuana [usage] and some vaping.”

Now there is no smoking, no marijuana use, and no-vaping at any of the village parks. Baldwinsville is one of the few villages in Onondaga County to have done this.

“It’s just moving with the times. If adults choose to smoke or whatever they do, its’ fine and a lot of these are legal,” Macauliffe said. “If we can help protect the children a little bit that’s better and that was some of the concern here.”

It’s a trend that’s happening statewide and seems to be making a difference. Tobacco-free CNY says the number of adult smokers in Onondaga County has decreased nearly 5%.