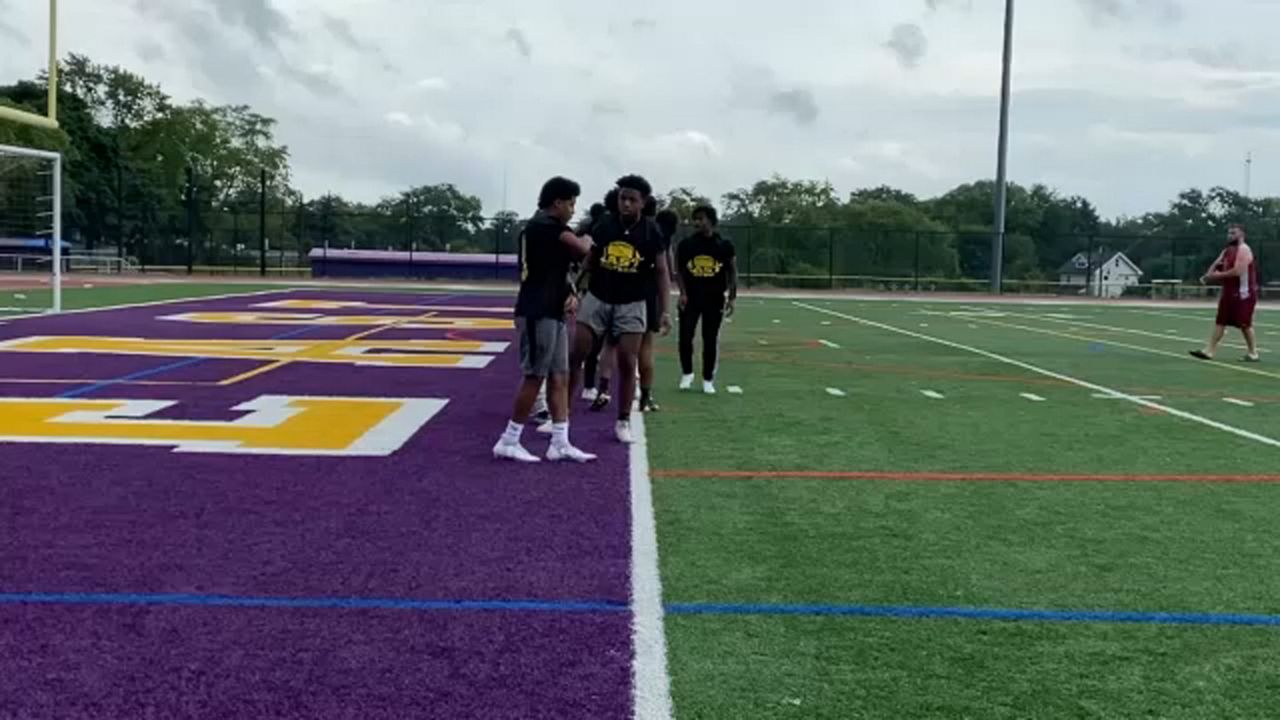 CHAMPP Program aims to keep students on track through athletics

High school dropout rates in the state are down slightly compared to last year, according to the latest report from the State Education Department.

Some city school districts even saw a double digit decline as those districts continue to implement new programs aimed at preventing students from dropping out of school.

One area being credited with helping turn around graduation rates is athletics.

Athletics at East High in Rochester is proving to be a major access point for the University of Rochester’s CHAMPP Program.

“The moment that the CHAMPP’s program staff entered the building and met our students, it was like magic, I saw kids eating healthier, making better decisions, focus academically, they seemed rested, and I think most importantly they felt self-confident,” Dr. Shaun Nelms, East High Educational Partnership Organization superintendent, said.

Former students of the program say it changed their lives.

“I felt really fortunate because being a student in the city school district, you don’t get programs that are going to help you with the nutrition, help you with strengthening your bones, and just becoming a better student athlete overall,” Deziree Garrick, alumnus of East High and CHAMPP Program, said.

“For me being in it, it gave me a different opportunity to be able to work on my strength, work on my conditioning for the following year to be able to play at the highest peak you know,” Maurice Coney, alumnus of East High and CHAMPP Program, added.

Program founder, Dr. Michael Maloney, says similar programs existed in the suburbs of Rochester, but not the city, until three years ago.

With the help of the CHAMPP Program and other initiatives with the University of Rochester’s Educational Partnership, East High’s graduate rate has increased from 19% six years ago, to now the 80% mark.

“It made a big impact on my life, significantly changed my route and life is not a straight line, so it changed what I wanted to do, and I just want to have that impact and motivation where I started,” Coney said.

The former student is just one of many of the CHAMPP Program who are hopeful to return to East High School and pour back into the community.

“I just want to come back here, if it’s physical education or whatever it is, I just want to come back here and give kids that motivation, be that person that they never had or wish they had, be that person giving that impact….and really show them that I care because a lot of teachers they’ll show you that they care, but they won’t go that extra step, but me I want to show that extra step and give students that extra push,” Coney said.

Program leaders are hopeful more funding will help expand the CHAMPP Program to all schools in the city of Rochester.