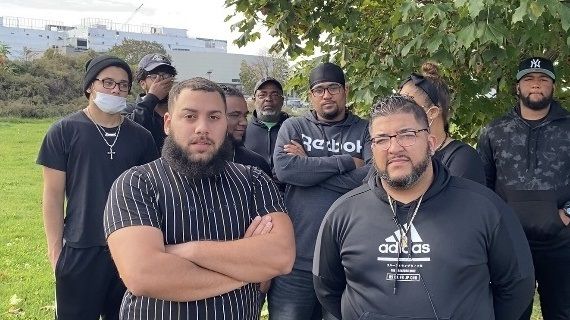 Thirteen bus drivers walked out of Durham Bus Services on Thursday because of the work environment and bonuses they say they have not been given.

On Friday morning, they showed up for their shift and were promptly asked to leave or face being escorted off the premises by police.

“We had a small meeting, kind of like a town hall meeting, about what was going on with our wages that were promised to us, including our bonuses. We were told two weeks ago that we were going to have them by October 15,” said Leo Munoz, a former bus driver.


“And you didn’t meet the expectations by the time you said you were going to give our bonuses. We feel like we weren’t obligated to show up to work,” Munoz said.

This morning, they showed up in their uniforms, ready to clock in for work.

“We were all fired...terminated. We needed to leave the premises. If not, the authorities were going to be called,” Munoz said.

He said he did receive a text message Thursday from one of his bosses, stating that he was no longer employed with the bus company because of his decision to walkout yesterday.

“We’re trying to do our best...to get these kids from home to school in a timely manner and as safe as we can, and it’s nowhere near as safe as it needs to be,” Munoz said.

Typically, a bus driver has about three routes. Those have now tripled, and drivers are having a difficult time picking up and dropping off students on time.

They asked to be compensated $10 for every extra route, an agreement they had with the previous bus service, Bernie Bus, but that request was denied.

Spectrum News 1 reached out to Durham Bus Service, who issued a statement saying the drivers made unreasonable monetary demands along with some threats.

They said they increased their drivers pay by an average of 40% in the summer, compared to prior pay rates. As for sign-on and referral bonuses, Durham says they will be paid out in the next few months.

13 bus drivers walked out of Durham Bus Services in Utica yesterday because of the work environment and bonuses they haven’t been given. This morning they showed up for their shift and they tell me they were asked to leave or would be escorted by police. Tune into @SPECNews1CNY pic.twitter.com/9NO58I3by5