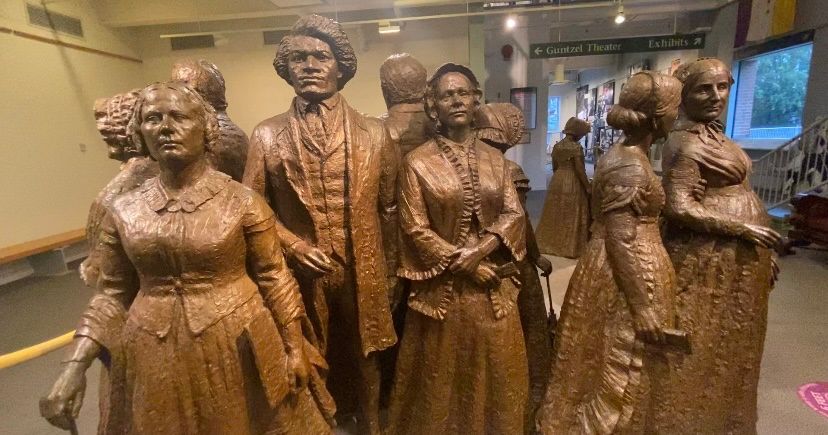 On August 24, 2021, Kathy Hochul was sworn in as New York's first female governor. Her ability to hold this powerful office isn't only due to her political career, but actions made by others about 174 years ago.

Back in 1848, five women led a grassroots effort in the first Women's Rights Convention in Seneca Falls, just three hours from where Hochul would eventually take the oath of office.

"There's a document that came out of that convention called the Declaration of Sentiments," said Janine Waller with the Women's Rights National Historical Park in Seneca Falls.

"It's like the Declaration of Independence. It starts with: 'We hold these truths to be self evident that all people ... that all men and women are created equal,' and that was pretty evolutionary in itself. It talks about all the things that women are denied to fully participate in society, signed by 100 of the attendants, mostly men, but women as well."

Waller is the chief of interpretation and education at the Women's Rights National Historical Park in Seneca Falls. In 1840, the largest port was the New York Harbor. Seneca Falls was in the middle of manifest destiny.

"The second great awakening was happening right here in CNY, the temperance movement and the abolition movement," she said.

It's something visitors can not only learn about, but see and walk through at the national historical park.

"Without that argument and realization that politics is how we make the laws, we wouldn't have had women's suffrage and New York's governor," added Waller.

According to Waller, the Declaration of Sentiments was spread throughout the country, not just by word of mouth, but as a paper copy. The Declaration was packaged up and taken to Rochester by none other than Frederick Douglass, who printed it there and sent it out.

While the fight for equality continues across the nation, it was these five women who ultimately created a legacy to be proud of and paved a way for women in politics, like Kathy Hochul.

"I think they would be proud of us, or those of us, who are really living our lives as the equals that we are," Waller said with a smile.

Including Hochul, there are now nine women serving as governor in the U.S. According to the Associated Press, that ties a record set in 2004 and matched in 2007 and 2019.