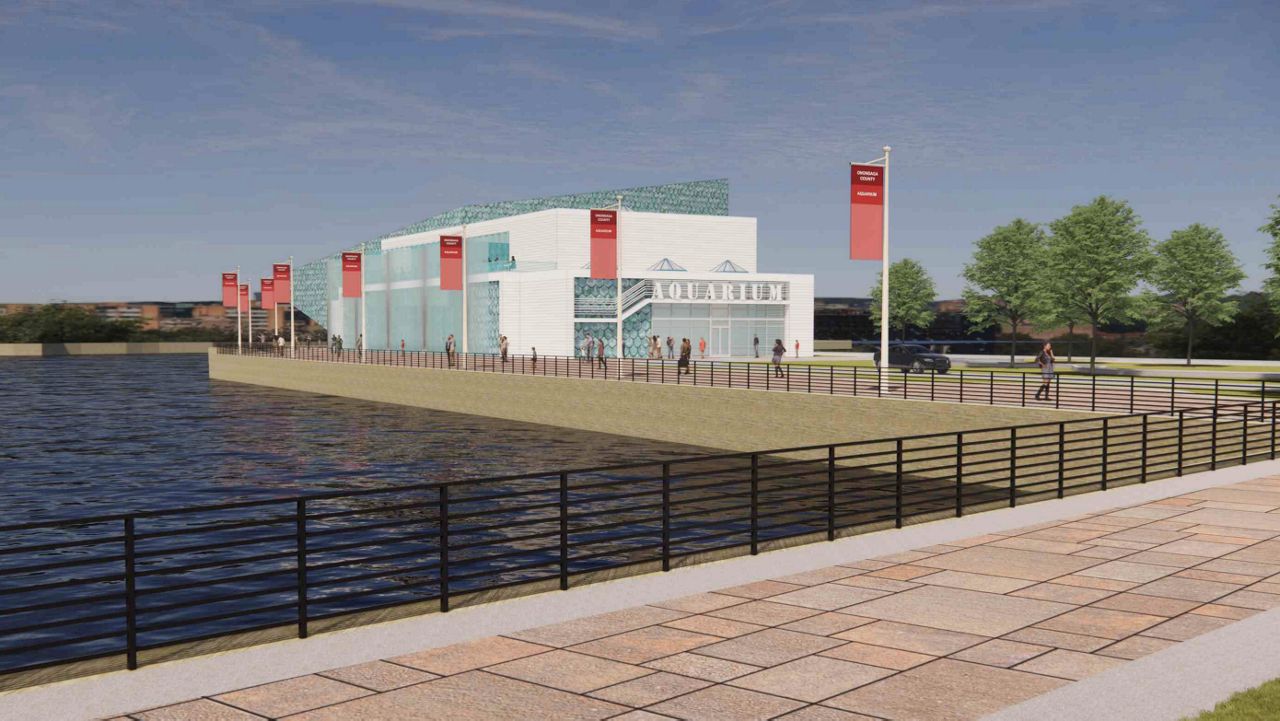 Officials say $85 million aquarium would make a splash in CNY

Onondaga County officials say they want to turn a desolate lot of land in the Syracuse Inner Harbor into a tourist destination.

“Bringing something as charismatic and amazing as an aquarium, it’s not just a venue for entertainment. There is so much an aquarium has become for communities,” Rosamond Gifford Zoo Director Ted Fox said.

The $85 million aquarium would be built in the Syracuse Inner Harbor.

County Executive Ryan McMahon said Monday the proposed tourist attraction would create hundreds of construction and permanent jobs. A consultant hired by the county estimated the 80,000-square-foot aquarium would attract 500,000 people a year.

The announcement came a day before the 2022 county budget is presented. As part of the budget, the aquarium needs to be approved by the county Legislature. If that occurs, construction could start next year.

“We want to make it very accommodating for all kinds, all demographics, from the underserved in the community, children, adults, certainly college-aged kids, all that. We want something for everyone,” said Fox.

He said the plans for exhibits are still in the early stages. There’s hope for traveling exhibits, but no exact plans for staple exhibits.

“We anticipate having a wide variety, certainly some larger charismatic exhibits,” said Fox.

It would be a 600,000-gallon aquarium, larger than the Boston aquarium.

County officials anticipate half of the potential visitors would come from an hour outside of Syracuse, and the other half, from two hours outside of the city.

About four million live two hours outside of Syracuse.

The land for the proposed project is owned by Cor Development. The county is in negotiations to buy it from the company.

The county is looking to pay for the aquarium in cash, in part, from a $60 million surplus expected from the 2021 fiscal year.

The aquarium would be county-owned, but operated by a private company, according to McMahon.