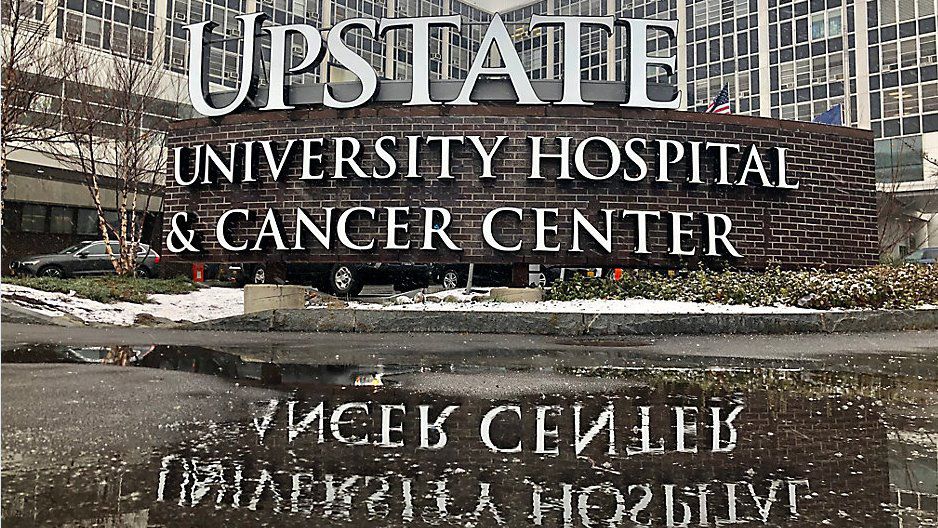 Upstate Medical University Hospital in Syracuse played a large role treating some of the 57 passengers injured in a tour bus crash over the weekend.

The tour bus rolled off the Thruway just outside the village of Weedsport Saturday. It was traveling from Poughkeepsie to Niagara Falls.

The patients were split between a few area hospitals. The patients brought to Upstate included one infant, as well as people in their 40's and 50's.

Hospital officials say injuries ranged from bumps and bruises, to broken bones, collapsed lungs and even internal bleeding. But, Upstate Medical serves as a trauma center and regularly prepares for these types of scenarios.

"As it came in waves, it was very busy. Organized chaos is how I'll put it. It's what we drill for, it's what we practice for, so everybody knows their roles, everybody knows where they're to be assigned and we're working from patient to patient as they came in," said William Paolo, interium chair of emergency medicine at Upstate Medical.

"It was a large volume of patients, a lot of ambulances arriving at once, but we took each individual patient, found out how sick they were, assigned teams and everybody got seen within the first five to 10 minutes of arrival."

Some passengers are still in the hospital. The cause of the accident is still unknown.