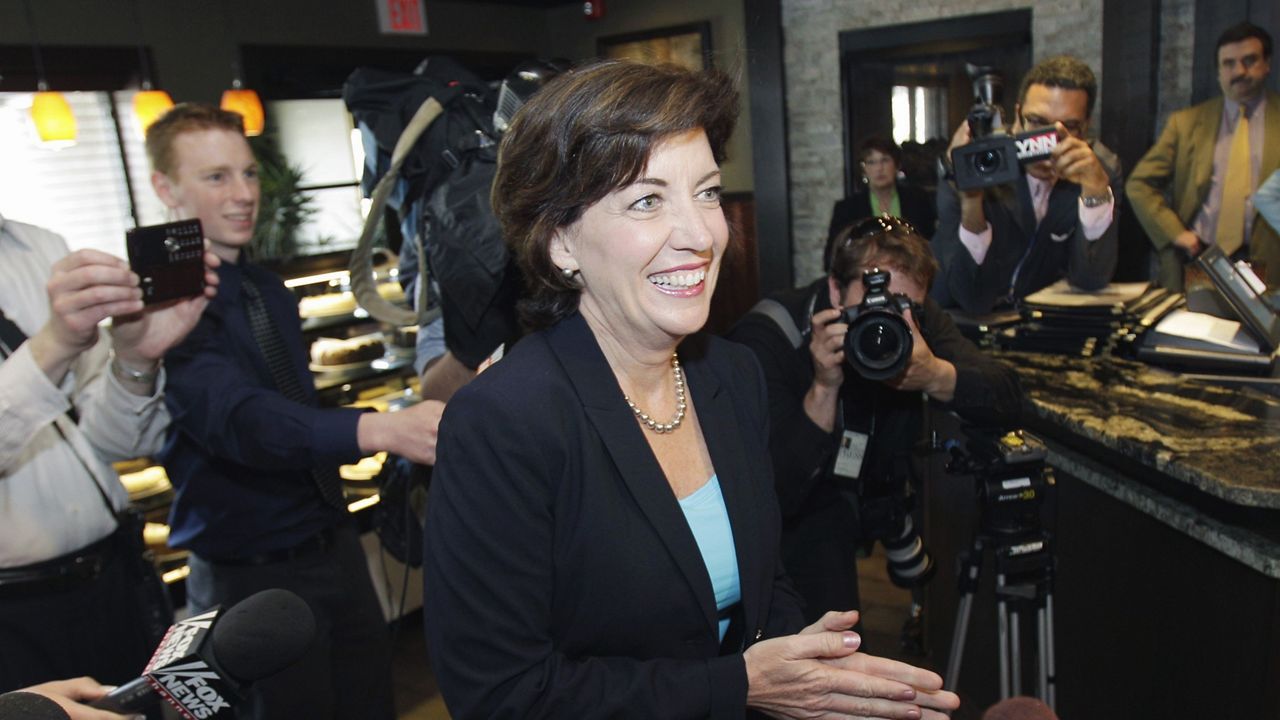 Before she took on the statewide role of lieutenant governor, Kathy Hochul briefly served on Capitol Hill, representing a congressional district in Western New York.

During that stint, which lasted less than two years, she sometimes bucked her party. She also gained the backing of the National Rifle Association (NRA).

Hochul won the seat in a 2011 special election to replace Rep. Chris Lee, who resigned amid scandal. Vowing to protect Medicare on the campaign trail, Hochul flipped the seat, which had been controlled by Republicans for decades.

During her time in Congress, the self-described “independent Democrat” often sided with her own party, including voting against a repeal of Obamacare.

But she also sometimes voted with Republicans, joining them in support of a balanced budget amendment and also voting to hold then-Attorney General Eric Holder in contempt of Congress over the controversial federal gun-running investigation known as Fast and Furious.

While in office, she introduced legislation increasing penalties for Medicare fraud and for fraud against seniors.

One of her bills did make it to the president’s desk and was signed into law. The legislation directed airports to transfer unclaimed clothes recovered at checkpoints to charities that help homeless or needy veterans.

When the time came for her re-election in 2012, her A-rating from the NRA earned her the gun organization’s endorsement over her Republican challenger, Chris Collins.

However, in a newly redrawn congressional district, she lost her shot at a full term. Her tenure lasted less than two years.

In the years since leaving Congress, she has embraced more stringent gun measures, including backing New York’s SAFE Act, one of the nation’s toughest gun laws.