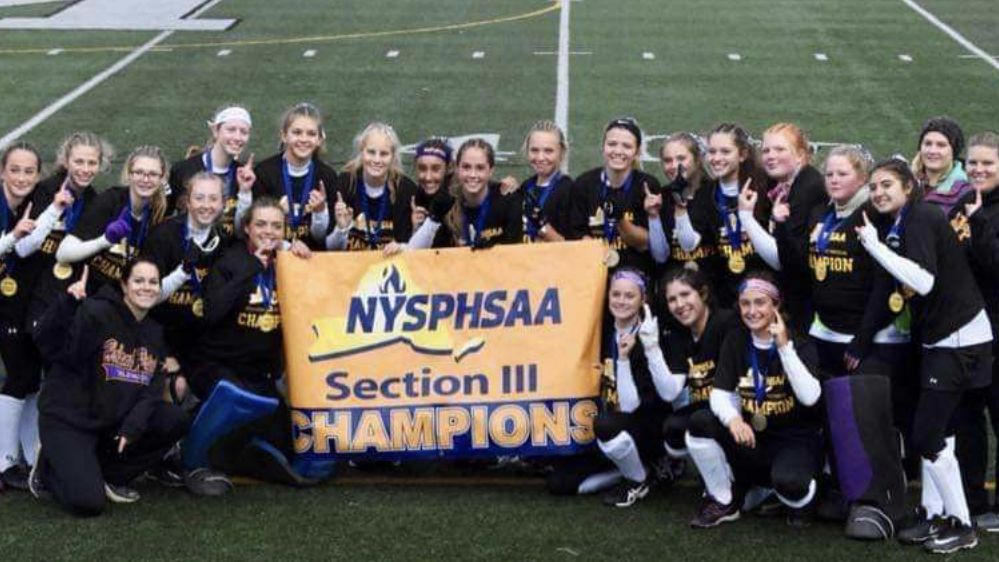 In sports, a dynasty is a team that dominates their sport for an extended period of time. The Holland Patent field hockey team fits that description. The squad, featuring "Anna and Hanna," will be heading to Cortland in a few weeks.

“Going to college is scary, but now that I’m going with my best friend, it's exciting," Anna Healey says.

“We just wanted to keep playing together," Hanna Corrigan added..

Field hockey is a sport they’ve played together for six years and together, they’ve won a lot.

“In school, out of school, we’ll all say, 'hi,' and it just creates a bond," Healey says. “We just have such good chemistry. It just makes the team flow so much better," Corrigan says.

“It means a lot to me just knowing that this team started a big run that can keep going," Corrigan says.

That run led them to being named the team of the year at the New York State High School Sports Awards.

“That’s crazy, crazy to think about that we were chosen out of all the teams in New York state. I think it’s crazy just being from such a small town. I’m honored," Healey says.

During summer league, Hanna and Anna watched as the Golden Knights continued to come together.

Number four is Haley Acevedo, a three-year varsity starter with a fun personality and high expectations.

Maja Helmer is an up-and-coming senior who is expected to be a leader, just like Hanna and Anna.

“I think there is pressure, but we don’t want it to get to us. We just want to make the most out of it, our senior season," Helmer said.

But she and the rest of the Golden Knights feel up for the challenge.

“I think of the whole team as all my sisters. They’re my family," Acevedo says.

Because they’re not just a team, they’re a family.

Made the trek out to Whitesboro for some summer field hockey! The Holland Patent team has a ton of accolades.. including 3 straight section titles! Recently they got a huge honor, and we will tell you all about it on @SPECNews1CNY this week pic.twitter.com/3fS7FC6o6f