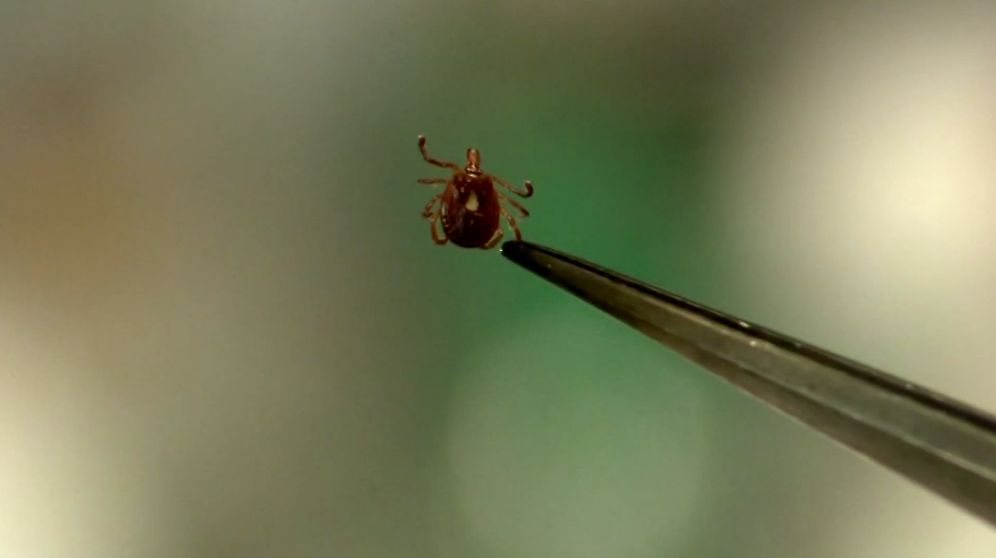 If you’ve been bit by a tick, or find one on your pet, you can test it for viruses at SUNY Upstate. It’s an effort that allows you to gauge your risk of developing a tick-borne illness, such as Lyme or, more rarely, anaplasmosis.

Recently, tick bites have been more frequent across the region, and it's causing some strain on the lab designated to test them for such diseases.

“This sat on someone’s arm or scalp for six or seven days,” said Dr. Saravanan Thangamani, the director of the SUNY Center for Environmental Health and Medicine. “This is just an unfed one.”

The comparison Dr. Thangamani provided is two of the thousands of ticks in his lab. He and his team are documenting the tick population in the area, and what kind of diseases they are carrying.

“Since our spring/summer is already way, way high, we are actually bracing ourselves for the worst case scenario in the fall,” said Thangamani.

Thangamani and his team get more than 100 ticks a day in the mail from all over the state. The envelopes that have currently piled high in his lab are the thousands received just in June. Through the first half of 2021, the number of ticks people have found has doubled.

About a third of the ticks they’ve tested this year carry Lyme disease.

When a tick arrives, the team identifies it under a microscope. Then, they extract the nucleic acid and test it for a dozen pathogens. Results are usually ready within a week.

Thangamani would like the turnaround time to be quicker, but the lab is overwhelmed with the number of ticks it’s getting.

“Because it is actually for the larger good of the community. That’s the first thing,” said Thangamani. “You know, if the tick had any agent or not, so it gives peace of mind to them.”

Thangamani is working to figure out exactly why there are so many more ticks and tick-borne diseases. It’s likely a combination of people spending more time outside, a rising deer population and the climate, he said.

“So Lyme disease is not the only disease we should worry about,” said Thangamani. “There are other tick-borne diseases. The worst thing is they are all transmitted from the same tick: a deer tick.”

There are ways to keep ticks away. Before going outside, use CDC-recommended tick repellents. Stay on the trail and do a thorough tick check when you get home. Also, put your clothes in the dryer on high heat for 10 minutes to kill the ticks.

Otherwise, your tick might end up in a vial at the lab.

If you do find a tick, put it in a plastic sandwich bag with a moist paper towel. Head to nyticks.org to answer a few questions about where and when you found the tick, write the ID on the bag, put it in a padded envelope and mail it:

The testing is free to the public. The lab is funded by grants and donations.