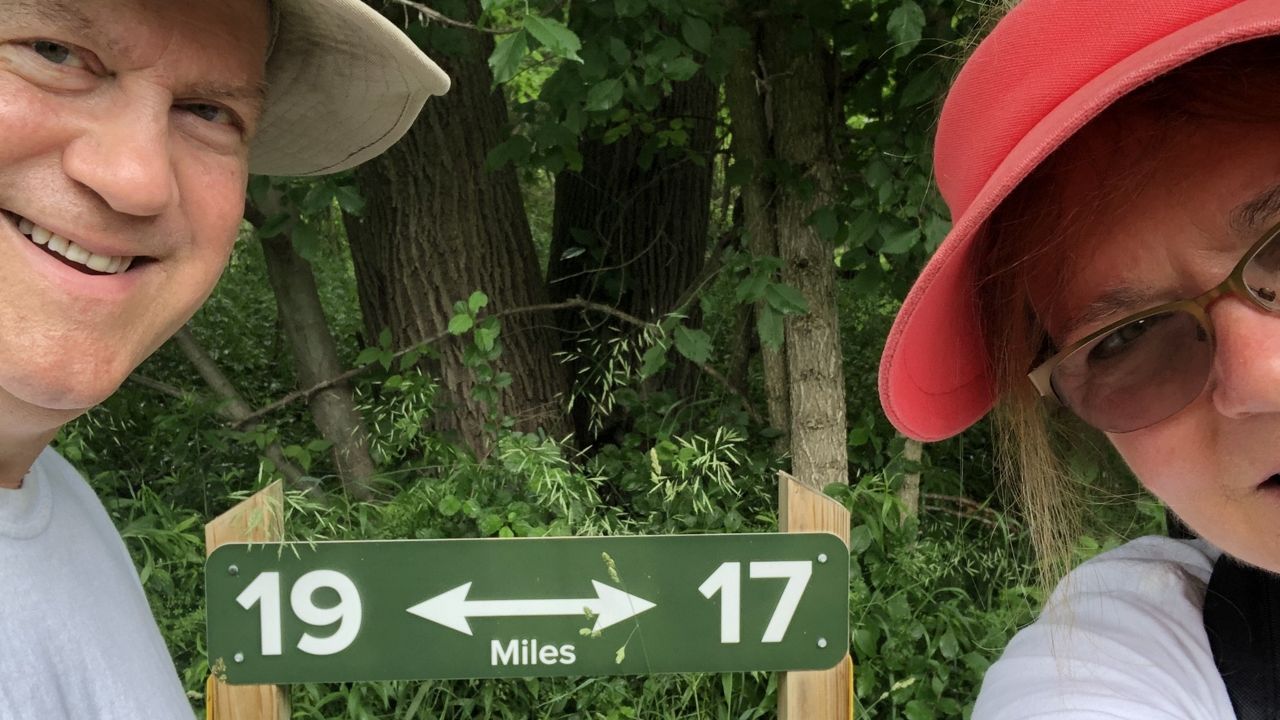 Couple pushes for law in memory of their daughter

Lisa and Jim Saunders are doing the Erie Canalway Challenge. They are going to walk 360 miles between Buffalo and Albany, taking on one-two miles at a time. So far, they’ve walked more than 60 miles.

Each time they walk, they are leaving their mark to raise awareness of cytomeglavirus, or CMV, a virus that ended up taking their daughter Elizabeth.

Because of the virus, Elizabeth couldn’t walk or sit. She had cerebral palsy, vision impairments and developed epilepsy. She died during a seizure at 16 years old.

“She had such a happy, sweet soul; she loved people; she loved riding in her wheelchair,” said Lisa.

Lisa was a child care provider when she got pregnant with Elizabeth, something she had no idea put her at greater risk of catching CMV. When a baby gets the virus, it’s called congenital CMV, which can cause long term health problems.

Dr. Sunil Sood is a pediatric infectious disease specialist who has done extensive research on CMV.

“Majority of babies are born without symptoms,” said Dr. Sood. “About one in 200 babies have the virus, but a vast majority may not get the illness.”

It’s spread through body fluids like saliva and urine, but most people learn about the virus when it’s too late.

“If the baby seems to not be hearing right, or baby develops unexplained rash, or the baby’s growth and development is not normal in the first month or two, that is the time we want to intervene,” said Dr. Sood.

After Elizabeth died, Lisa decided she was going to do everything she could to raise awareness of CMV. She wrote books, articles and appeared on TV. Eventually, she took her goal to government representatives.

Her efforts helped pass a bill in Connecticut that required babies be tested for CMV if they fail hearing tests and now she’s trying to do something similar in New York.

Named for Lisa’s daughter, “Elizabeth’s Law” is a bill that requires child care providers to be trained on prevention, treatment and the dangers of CMV.

Lisa and Jim will continue to walk the canal one step at a time. It might take a while, but until they’ve finished the challenge and shared Elizabeth’s story, they won’t stop until they are done.