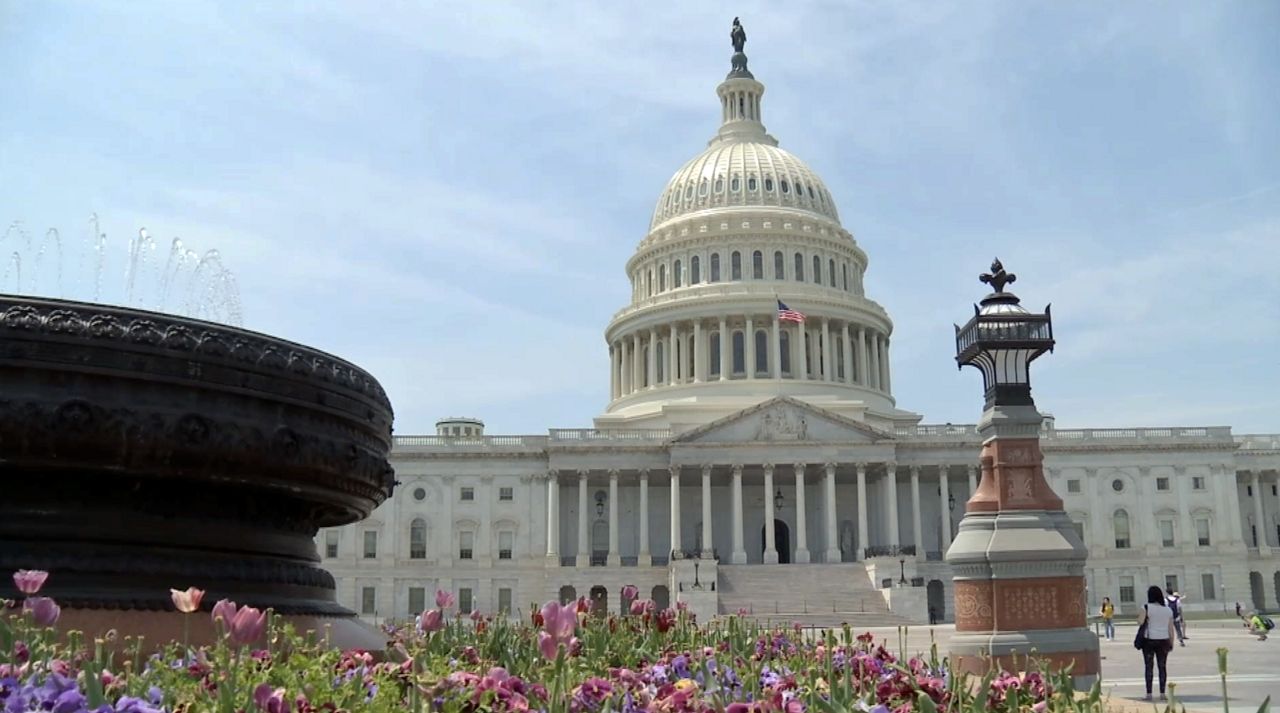 Some New York Democrats are growing impatient and amping up pressure to change how things are done in hopes of passing legislation. Photo by Spectrum News

WASHINGTON — A summer slog awaits lawmakers as they return to Capitol Hill, with Democrats and the Biden administration touting a long to-do list.

Some New York Democrats are growing impatient, and are amping up pressure to change how things operate on Capitol Hill in hopes of passing legislation. However, they are meeting major resistance from a key Democratic senator.

In particular, several progressives are calling for reforming or eliminating the Senate filibuster.

“We have to end this minority rule in the Senate,” said Bronx Congresswoman Alexandria Ocasio-Cortez in an interview earlier this year.

“If we end the filibuster, we don’t need much Republican buy-in to do what the American people want,” said Congressman Jamaal Bowman, a Democrat representing The Bronx and Westchester County.

The frustration among progressives over the Senate’s 60-vote rule has intensified in recent weeks, as Senate Republicans blocked an independent commission to investigate the Jan. 6 attack on the U.S. Capitol and signaled they will block a massive voting rights proposal in the month ahead.

But for these progressives, West Virginia Democratic Sen. Joe Manchin is standing in the way. In an op-ed posted over the weekend, Manchin reiterated again that he “will not vote to weaken or eliminate the filibuster.”

In an evenly divided Senate, one Democratic defection on reforming or eliminating the filibuster is enough to sink the chances of an overhaul.

In response to Manchin’s op-ed, Congressman Mondaire Jones, who represents Westchester and Rockland counties, lashed out on Twitter, writing, “Manchin’s op-ed might as well be titled, ‘Why I’ll vote to preserve Jim Crow.’”

Manchin’s op-ed might as well be titled, “Why I’ll vote to preserve Jim Crow.” https://t.co/pS1xEvkwEz

Bowman, another New York progressive, invoked the top Republican in the Senate, arguing Manchin had become the “new Mitch McConnell.”

“Joe Manchin is doing everything in his power to stop democracy, and to stop our work for the people,” Bowman said during an appearance Monday on CNN.

Part of Manchin’s argument is that what goes around comes around. In other words, if and when Republicans control the levers of power in Washington again, they could push through their own massive changes if the filibuster is gone.

Sen. Kirsten Gillibrand is among those who supports reforming the filibuster. Asked if she fears that changing the 60-vote rule could open the door to Republicans easily undoing Democrats’ work down the road, she said, “Yes.”

“That is the risk you run and that is the price you pay - but getting nothing done is not acceptable to the American people,” she said.

However, in a 50-50 Senate where Manchin’s vote looms as decisive, that is a risk they will likely not have to face. At least not for now.