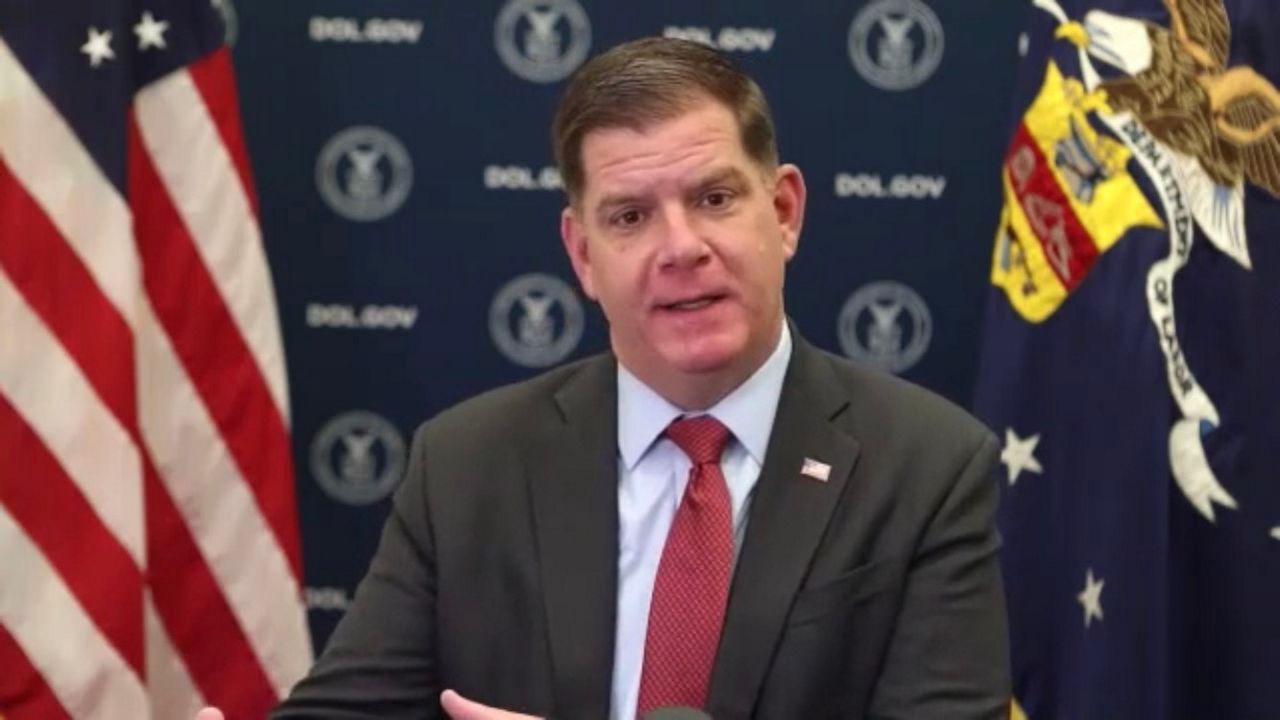 Labor Secretary Marty Walsh told Spectrum News' Em Nguyen Friday that he believes the president’s infrastructure proposal will help bring more jobs back online in the U.S., acknowledging that the country still has a long way to go despite a promising March jobs report.

He also urged caution about forecasting the next few months of economic growth, since the coronavirus remains “unpredictable” and reopening is largely dependent on vaccinations and case numbers.

The United States added 916,0000 jobs in March — the highest amount since August and nearly double the number in February — but the country is still more than 8 million jobs away from pre-pandemic numbers.

“The virus has been very unpredictable,” Secretary Walsh said in an interview with Spectrum News. “I think there's a little bit of keeping an eye on that. The difference now is we have a very competent vaccine plan that President Biden has rolled out.”

Secretary Walsh said he is “laser-focused” on bridging the remaining gap for both women and people of color.

The secretary held up the American Jobs Plan as one solution, which President Biden unveiled in Pittsburgh this week, noting the proposed money for job training, in-home health care workers and childcare.

But the infrastructure package already faces stark opposition from Republicans in Congress, who both oppose the tax hikes for corporations as payment for the bill, as well as the social programs included among things like transportation, roads and bridges.

Walsh told Spectrum News Friday that he’s not counting Republicans out yet, pointing out that the bill has the potential to impact every state and district across the country. He said the package is not just about recovering from the pandemic but about “strengthening the middle class and moving the middle class even further.”

Secretary Walsh is one of five cabinet members tapped by President Biden on Thursday as the team that will sell the American Jobs Plan to the public and local officials, plus “work out” the details with Congress.

Speaking with Spectrum News Friday, Walsh pointed to his time as the mayor of Boston as his qualifications for pitching the plan.

“For the last four years, I was a mayor, we were talking about getting some investments in our cities all across America. We didn't see them come,” the labor secretary said. “This is a game changer for the United States of America.”

Watch the full interview with Spectrum News' Em Nguyen above.