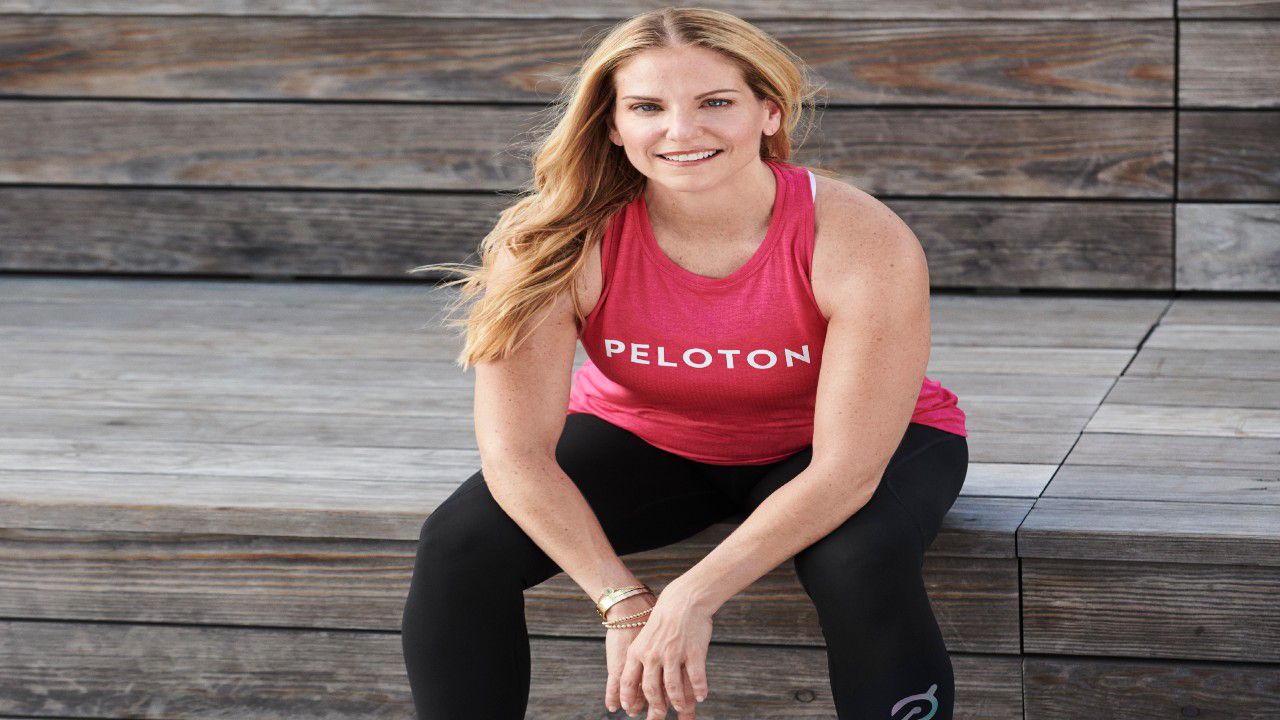 Peloton and Peloton instructors have become household names since the start of the pandemic.

One instructor has two "claims to fame." One is being the first Peloton instructor hired, and the other is being a Syracuse University graduate.

Spectrum News Sports Reporter John Johnson is getting ready. He tightens up his brightly colored Peloton shoes and gets set to hop on the bike to join Jenn Sherman in a 60-minute Sunday morning "Pop Ride."

Sherman sits on her bike in an empty studio in New York City. She's wearing purple pants with a black shirt with the Peloton insignia on it. She has to bring even more energy since her classes are still all virtual.

“What is up Peloton? So good to see you. My name is Jenn Sherman," she says. "How we doin?"

John Johnson is on his bike and he's getting excited.

"Let's do it Jenn!" he says. Sherman loves her job.

Eight years ago, she learned of the Peloton idea through an article in "Well and Good" magazine. She liked the idea so much that she emailed Peloton directly with the subline reading "Why you should hire me."

Jenn was a cycling instructor for years and had goals of eventually opening up her own studio. She got a response from John Foley, the owner of Peloton and after a conversation she was hired.

“Here I am, almost eight years later teaching sweaty classes and loving every minute of it," Sherman says. “It actually makes me feel like I’m doing something; like I’m making a difference."

Since the pandemic started, sales have skyrocketed.

“No one could have envisioned this," Sherman says, shaking her head.

Hundreds of thousands of people scrapped the gym memberships and invested in the bike. The classes are still virtual, but during the live rides, Jenn gets to interact. During this live ride, she even gives John, AKA, "TheRealJK" a shoutout. He's giddy about it.

“Shout out! She just gave us a shout out, Kate," Johnson says.

Sherman is all about calling people out on their milestones and their accomplishments. During the hour, she mentions multiple people by their Peloton names, complimenting them on their 100th ride, 1,000th ride, personal best times, etc. She monitors their progress through a leaderboard she has in studio.

“They’re not right there in front of me and this is going to sound really cliché, but I can still feel them with me," Sherman says.

“That’s the cool thing about Jenn, too, is she pays attention to who is out there who joins her for her rides, so that’s cool. Acknowledging people out there," Johnson says.

On this Sunday morning, JJ is riding with over 4,000 people across the country. He’s in the homestretch of this hour “Pop Ride.” Johnson is a little tired, probably like most of the other riders. Cycling is exhausting.

“Peloton, could you use a recovery right now?" Jenn asks.

After that, she slows things down a bit with 16 minutes left to go in the class. When it’s all said and done, John is in the middle of the pack.

And Jenn is signing off… For now. “Everybody have an awesome day. My name is Jenn Sherman. I’ll see you next time," Sherman says with a smile.